Is the book 'Protocols of the Elders of Zion' a hoax, a forgery or neither?

originally posted by: paraphi
Brilliant. A superb lesson in selectively plucking bits of history to make a fiction look like a fact. Really quite good.


Thank you. It is interesting how many of the vocabulary words of the plan are identical to words in the news articles from the time. But the question remains.

A forgery of what?

originally posted by: Stormdancer777
a reply to: mikegrouchy

posted on Feb, 22 2016 @ 01:44 PM
link
It wouldn't surprise me if it were to be legitimate. When you look at a country such as the United States, for example, you see that we have a diversity of races and cultures and such. Now, just for example, let's say that 15% of the U.S. population is black, 10% Hispanic, etc etc. Accordingly, you would expect when looking at any particular industry - let's say police officers - that roughly 15% of U.S. police officers would be black and 10% Hispanic. This is exactly where suspicion of Jews can begin to arise. Jews only make up around something like 1.9% of the U.S. population - and yet, the vast majority of U.S. media companies and banks are owned and controlled by Jews. If 99% of the police officers in the U.S. were black, rather than accordingly diverse, wouldn't that be extremely unusual?
Jews have been persecuted and disliked throughout human history. I'm not saying whether or not this is justified, but there's a reason - just what that reason is, I don't know.

Aren't most of the banks and media companies in the US publicly-traded corporations, owned by whomever wishes to purchase shares? I thought "most banks and media companies are owned by Jews" was just a wrong perception which a lot of people hold. Understanding perception can be just as damaging as facts, but it doesn't make it true. Maybe I'm wrong - I tried googling to figure out what percentage of US banks are owned by Jews, but couldn't come up with anything useful.

originally posted by: dogstar23
I thought "most banks and media companies are owned by Jews" was just a wrong perception which a lot of people hold.

Yes, it's a bit of a myth promulgated by people who think Jews rule the world. Probably people who believe the Protocols!

originally posted by: dogstar23
a reply to: trollz

Aren't most of the banks and media companies in the US publicly-traded corporations, owned by whomever wishes to purchase shares? I thought "most banks and media companies are owned by Jews" was just a wrong perception which a lot of people hold. Understanding perception can be just as damaging as facts, but it doesn't make it true. Maybe I'm wrong - I tried googling to figure out what percentage of US banks are owned by Jews, but couldn't come up with anything useful.

There's a large chunk of the media right there. I'm sure there's many more. I haven't even looked at the banks.

I must have missed something, sorry if I did. I just used a bit of common sense. It's true that common sense can easily be argued against.

I respect your opinion on this and can understand why you believe what you do.

In truth neither of us can prove what is true on this topic, we can only use language to influence each other and more importantly those who read the thread.

So for now brother I wish you well and kind of envy the fact you can believe there is a hoax. Personally I am certain as one can be (99%) this is no hoax.

I'm always open to your suggestions to sway my opinion though.

This is perhaps the most important point we should take from this thread.

Except Murdock is not a Jew. Anyway, apart from that glaring inaccuracy... They don't actually own the organisations and just how many media organisations and banks are there in the world that don't have Jewish senior executives. All this is is a list that people compile to support a flawed worldview.

On banks... Please, give it a go. I know the answer. As Jews control the world, don't forget the Chinese banks with their well known Zionist presidents, like Jiang Jianqing of the Industrial and Commercial Bank of China.

originally posted by: paraphi
Yes, it's a bit of a myth promulgated by people who think Jews rule the world. Probably people who believe the Protocols!

Some people desperately want to believe the Protocols are not a hoax, so they can just continue to blame the Jews for everything!

Just goes to show that if you want to undermine your own forgery (or plagiarism) just start adding ethnicity (NOT RACE) into the mix. Seems to me they ('they") would like us to perpetuate our nationalities' impact on things like this - so they can hide behind all the people it pisses off of the same ethnicity.

I wonder...if ethnicity weren't an issue of this document, would anyone (who has actually read it) still be reticent to believe it's being used by the people truly in control of us and to whom we should all be placing blame and flame - our owners.

Plagiarism, forgery or just plain hoax, to be the slightest bit reasonable (worthy of discussion, argument, debate), one has to admit that an almost monumental effort was put forth to create it.

Personally, I think it might be reused over and over again, and by its default nature, always create that oh-so-comfy shield of protection that many inside-the-box surface thinkers, and self-appointed guardians of towing the establishment quo don't realize they are denying when denying the document and the knee-jerks that come with it (designedly btw) exist at all.

i.e. How comforting it must be to hide behind something that has with it a default army of naysayers.

posted on Feb, 22 2016 @ 06:12 PM
link
According to the writers of Holy Blood Holy Grail the document in question was a Masonic document not a anti-Jewish screed but it was utilized for that purpose at one point.

They point out that the terminology in the elders of Zion document is NOT Jewish but Masonic terminology.

Phrases such as Church of Sion, and referenced to Kings are Masonic phrases NOT words Rabbis, secret or not, would use.

So they concluded it wasn't originally intended to defame the Jews but some political masons at that time
edit on 22-2-2016 by Willtell because: (no reason given)

originally posted by: paraphi
No, the Protocols are not "damn accurate". Go on, what's accurate? Really worrying that you are collecting stars!

So thank you for proving my point precisely. I'll summarise #1 and a few points afterwards, but I will leave it to you to (not) actually read it and wallow in your pointed ignorance:


Protocol 1
- law is merely force disguised
- gold has replaced faith
- men are irrational and must be ruled by tyranny
- might is right
- secrecy until invincibility
- ends justifies the means
- necessity over morality
- leaders must be trained for rule from childhood
- government must be concentrated in the hands of one person
- severity used to subdue disobedience
- false liberalism used to lure adherents
- wealthy and educated jews replace aristorcracy
- control minds, money, material needs to force will


Protocol 3
- created a rift between kings and people, so they become powerless apart
- division, bankruptcy, chaos to incite misuse of power
- poverty is our weapon toward slavery
- appear as saviours with controlled opposition - Communism
- hunger as a weapon to create the right of capitalism to rule
- position appointed by the state, school propaganda to accept role
- economic crisis by the manipulation of gold will throw europe onto revolution
- wealthy given foreknowledge of events to protect assets
- disillusionment used repeatedly to direct masses towards future despot king


Protocol 5
- centralise government to control all forces of community
- regulate all actions of subjects by new laws
- manipulate theory and wording to direct masses
- fostered personal, national, religious, and race hatred to divide
- political economy (gold) controls the reign
- disarm the people and deflect from resistance rather than incite to war
- promises without performance because people accept words for deeds
- exasperate the public with contradictory opinion from all sides to confuse
- impair personal education so people turn to a leader


Protocol 6
- create dependency on wealth so masses collapse when state credit does
- represent world government as protector of those who voluntarily submit
- deprive people of private land by massive taxes and debts
- raise wages of workers alongside necessity increases, to effect no change


Protocol 7
- intensified armament of police forces
- classes reduced to proletariat, millionaires, police, soldiers
- create discord and hostility within all nations as a show of force
- tangle up all branches via politics, economic treaties, or loan obligations
- attack any neighbour of a nation who shows opposition
- if a coalition arises, switch to all out war

posted on Feb, 22 2016 @ 09:55 PM
link
And as for the parts about stupefying the masses with drugs and alcohol, guess who is leading the charge?
The man behind loosening drug laws

Who runs hollywood? Written by a jewish man.

Jews are a part of the conspiracy whether you like it or not. There are all races/ethnicities in the Illuminati as I already mentioned, and they like to use Judaism as a deflective shield. The one thing they all have in common is that they worship the same god, whose name is Power.

Jews are a part of the conspiracy whether you like it or not.


Well... I am a Catholic. Is that worse than being a Hebrew? Or does that make my information automatically suspect as a source. 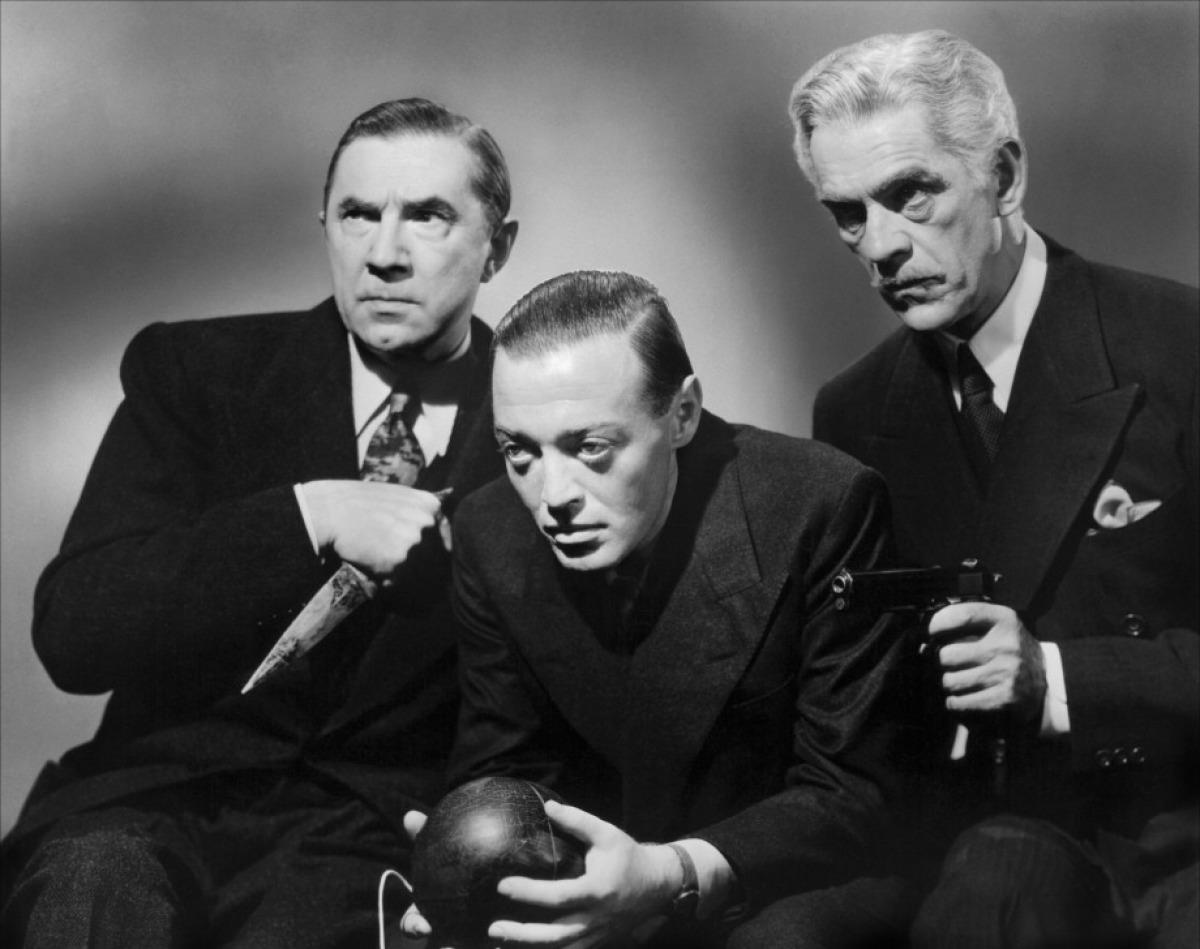 I think step 24 just finished. And we are drowning in graduates with whom critical thinking is equivalent to "feels emotionally correct". And now we are in the last phase, 2013 - 2023 substitute arbitration for law. Say goodbye to our sovereign rights everyone. Employment means arbitration agreements.

How many people have a family lawyer. Doctor. Dentist. Personal?

After that, who ever they are, they might even stop hiding and start testing the public waters. Get ready to worship our new techno gods.