I just love me some Ultra-HD videos of that big light bulb, life giving, ready to kill us at any moment, ball of fire in the sky. Its amazing, the Sun coming up tomorrow has remained one of the few absolute truths I believe in. The videos speak for themselves and NASA will do the lecturing so I don't try and sound smart. Make it big and crank up the resolution. As for the second video, I'm left with my mouth watering. It makes Hubble look like a “cute” first attempt.

Launched on Feb. 11, 2010, SDO keeps a 24-hour eye on the entire disk of the sun, with a prime view of the graceful dance of solar material coursing through the sun's atmosphere, the corona. SDO's sixth year in orbit was no exception. This video shows that entire sixth year -- from Jan. 1, 2015, to Jan. 28, 2016, as one time-lapse sequence. At full quality on YouTube, this video is ultra-high definition 3840x2160 and 29.97 frames per second. Each frame represents 2 hours. A downloadable version has a frame rate of 59.94 with each frame representing 1 hour. See below for the link.

SDO's Atmospheric Imaging Assembly (AIA) captures a shot of the sun every 12 seconds in 10 different wavelengths. The images shown here are based on a wavelength of 171 angstroms, which is in the extreme ultraviolet range and shows solar material at around 600,000 kelvins (about 1,079,540 degrees F). In this wavelength it is easy to see the sun's 25-day rotation.

During the course of the video, the sun subtly increases and decreases in apparent size. This is because the distance between the SDO spacecraft and the sun varies over time. The image is, however, remarkably consistent and stable despite the fact that SDO orbits Earth at 6,876 mph, and Earth orbits the sun at 67,062 mph.


Now, to celebrate the amazing things that telescopes allow us to learn and discover, we must also be aware of how a pair of lenses can negatively impact the human race. LOL

Ok, on to the last video. How does "unlocking the secrets of the universe sound"? That is a direct quote from NASA by the way. 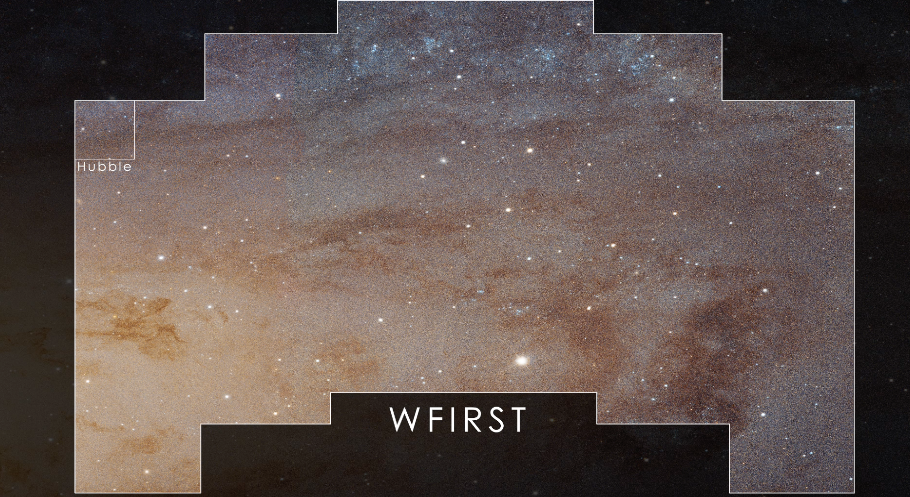 With a view 100 times bigger than that of NASA’s Hubble Space Telescope, WFIRST will aid researchers in their efforts to unravel the secrets of dark energy and dark matter, and explore the evolution of the cosmos. It also will discover new worlds outside our solar system and advance the search for worlds that could be suitable for life.

WFIRST is the agency's next major astrophysics observatory, following the launch of the James Webb Space Telescope in 2018. The observatory will survey large regions of the sky in near-infrared light to answer fundamental questions about the structure and evolution of the universe, and expand our knowledge of planets beyond our solar system, known as exoplanets.

It will carry a Wide Field Instrument for surveys, and a Coronagraph Instrument designed to block the glare of individual stars and reveal the faint light of planets orbiting around them. By blocking the light of the host star, the Coronagraph Instrument will enable detailed measurements of the chemical makeup of planetary atmospheres. Comparing these data across many worlds will allow scientists to better understand the origin and physics of these atmospheres, and search for chemical signs of environments suitable for life.


I have a feeling that a few major theories are going to be confirmed when this telescope gets up and running. There's no shortage of amazing ideas, we just have to prove our imaginations correct. The fun part is getting what you thought you were getting wrong and discovering something entirely beyond what you expected.

posted on Feb, 21 2016 @ 09:43 PM
link
This telescope will be so powerful that it will be able to see individual flowers on Mars but still won't catch aliens in the act of hiding. It still won't see the alien ships that use light tricks to hide themselves. It won't see the giant space fish floating around up there. I'm cautiously excited.

Then again? Maybe it will. With each incremental increase in our ability to perceive the universe around us the odds of finding others grows.

Probably not in my lifetime, but I can dream. My grandfather was born when steamships took days to cross the Atlantic...he lived to see a time when men not much older then his sons traveled to another world in that same amount of time.

I hope that my last twenty to forty years of life prove to be as full of advances as his were...