books with spells in them

Look where the Light of Christ is strongest…always the scientific advances and freedoms are greatest.

In China there is still a remnant Church from &00 AD, when there were over 3,000 churches in China… Christianity flourished in China from 700 AD to 900AD… the exact time period of the most advanced time in Chinese history: the Tang Dynasty… as well, slavery commonly used in buddhist monasteries was diminished due to this influence. (see "Nestorian Stele")

slavery still exists today, often in places where Christianity is persecuted or essentially illegal… the teachings of Christ alone are sufficient to transform any society that reads them.


"The simple record of three short years of active life has done more to regenerate and to soften mankind, than all the disquisitions of philosophers and than all the exhortations of moralists."
-W E H Lecky on Jesus’s ministry

Your posts in these many wasted pages were some of the only things I didn't find almost unbearable to read.

How you feel you got something out of it boggles my mind. Kudos to that, haha. Pleasant was definitely not the word that came to mind reading some of the posts by these pathetic religious saps.

originally posted by: mouthfullofkefirgrains
Look where the Light of Christ is strongest…always the scientific advances and freedoms are greatest.

I see you do not get irony.
My favorite Christian 'scientists' are the nutbars that deny evolution.

slavery still exists today, often in places where Christianity is persecuted or essentially illegal… the teachings of Christ alone are sufficient to transform any society that reads them.

Must have been all those godforsaken atheists that had slaves in the American South too.

don't think of it as "religion"… I started on this path because Edgar Cayce has a whole book on his channelings of Jesus Christ… which surprised me at the time because I liked Cayce but thought Christ was a "control mechanism"… which is not to say evil people have not used it thusly, just that it does not change the truth.

think of it as maybe the spark of God inside of you wants you to know something: you have a Creator and no religion can substitute a direct relationship with God.

Jesus Christ is the intermediary…

you may want to hate on the existence of God, but that is a good place to start from if you can be honest and seek sincerely.

should clarify: Cayce often mentions Jesus in his channelings and someone put them all into a book… Cayce had a nearly flawless record of healing thousands of people…

turns out he also read the Bible once per year...

posted on Feb, 22 2016 @ 08:45 PM
link
a reply to: mouthfullofkefirgrains
Do not shove your beliefs down my throat. I have my own personal beliefs made with everything I love deep in my heart. No Jesus for me, nor your god. Thank you.

posted on Feb, 22 2016 @ 08:48 PM
link
a reply to: CIAGypsy
They're terrible at spelling and try to be cool? I hate how that looks, oh and don't take the comment so seriously Sheesh. Calm down

slavery in the Old testament was allowed for a variety of reasons, but slaves were to be freed every 7 years. if you read the Old testament, the Jews are severely punished for not freeing their slaves… it is an addiction.


"No Southern man can journey, as I have lately done, through the Northern States and witness the prosperity, the industry, the public spirit which they exhibit…without feelings of deep sadness and shame, as he remembers his own neglected and desolate home."

Sounding forth the Trumpet, p.289

originally posted by: Tiamat384
a reply to: BestinShow
No book should ever be destroyed. Just because they have that which you dislike, what ignorance. And a member here! Shameful to call out for the destruction of knowledge or culture.

as the One that used them were punished as a heretic or a Demonic Witch .. 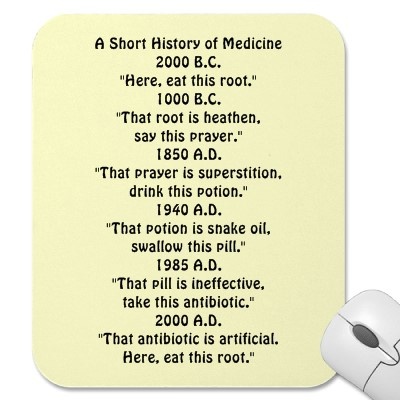 There is One Book that is YET to be Translated ..

that is Considered to have Spells Potions ... within it..

To Some an Almanac ... a Witches Almanac
Magic Spells, Astronmical , Medicine/Medical ,alchemical guides

The 9 Most Eerie Books and Grimoires Of All Time
www.oddee.com...

( if you have the money very costy!! )
My Advice is .. finding Older Spell Books
on Ebay made in the 16th century to the 19th century.

or the cheating way .. finding to individuals selling DVD's with 100+
Ancient Rare Books of Witchcraft Potions and Spells and Demons ..

make the attempt to find a True Witch ,
you can Learn from.. being your teacher ...
instead of asking for advice ..
of what Spells .. lol

I see. So some of the Christians were more Jesus-y than the other Christians therefore, The Bible.

That appears to me to be a rather well thought out and unassailable argument, I am surprised someone else has not utilized it prior to you.

I see that.
But time is short and i apologize but I want to state my understanding, as you do yours…

sorry if you don't give me the same courtesy, but I am NOT evangelizing you. only pointing out truth as I see it.

my beliefs actually are that the Holy Spirit has to move people, so i only want to state the facts as I know them and let others do what they want… anyway, this is an anonymous forum and you can always ignore me--I will not be offended!

No worries...I wasn't trying to be confrontational. Just explaining that it is done on purpose and there is a reason for the difference.

'Magic' is performed by an entertainer, such as David Copperfield, Harry Houdini, or Criss Angel.

'Magick' is the science and art of causing change (in consciousness) to occur in conformity with will, using means not currently understood by traditional Western science.

Well, there are many reasons things happened the way they did, but the fact is, the Southerners were raping their slaves and addicted to the power it gave them… one reason for the famous "southern gentlemen" is simply over-stated manners to obfuscate the fact that everyone knew what was going on and no one wanted to talk about it… think on that the next time you watch "Gone with the Wind"… Scarlet is manic for a reason!

posted on Feb, 22 2016 @ 08:58 PM
link
a reply to: CIAGypsy
Um no..that first one is the art of illusion, not magic and magick is a new age term for people trying to be hip. My opinion though it is shared. Not a principle of mine so I don't care to argue this though.

Look at what another French thinker had to say about American prosperity:

Alexis de Tocqueville, (1805-1859) the French social philosopher visited America to discover the reasons for our incredible success.  "Democracy in America" (1838)

"Upon my arrival in the United States the religious aspect of the country was the first thing that struck my attention; and the longer I stayed there, the more I perceived the great political consequences resulting from this new state of things.

In France, I had almost always seen the spirit of religion and the spirit of freedom marching in opposite directions. But in America I found they were intimately united and that they reigned in common over the same country.

Religion in America...must be regarded as the foremost of the political institutions of that country; for if it does not impart a taste for freedom, it facilitates the use of it. Indeed, it is in this same point of view that the inhabitants of the United States themselves look upon religious belief.

I do not know whether all Americans have a sincere faith in their religion -- for who can search the human heart? But I am certain that they hold it to be indispensable to the maintenance of republican institutions. This opinion is not peculiar to a class of citizens or a party, but it belongs to the whole nation and to every rank of society.

In the United States, the sovereign authority is religious...there is no country in the world where the Christian religion retains a greater influence over the souls of men than in America, and there can be no greater proof of its utility and of its conformity to human nature than that its influence is powerfully felt over the most enlightened and free nation of the earth.

In the United States, the influence of religion is not confined to the manners, but it extends to the intelligence of the people...

I sought for the key to the greatness and genius of America in her harbors...; in her fertile fields and boundless forests; in her rich mines and vast world commerce; in her public school system and institutions of learning. I sought for it in her democratic Congress and in her matchless Constitution.

Not until I went into the churches of America and heard her pulpits flame with righteousness did I understand the secret of her genius and power.

America is great because America is good, and if America ever ceases to be good, America will cease to be great.

The safeguard of morality is religion, and morality is the best security of law as well as the surest pledge of freedom.

The Americans combine the notions of Christianity and of liberty so intimately in their minds, that it is impossible to make them conceive the one without the other

Christianity is the companion of liberty in all its conflicts -- the cradle of its infancy, and the divine source of its claims."

“Our Constitution was made only for a moral and religious people. It is wholly inadequate to the government of any other.”
--John Adams

posted on Feb, 22 2016 @ 09:00 PM
link
a reply to: mouthfullofkefirgrains
I will most likely ignore you on this thread, but I will say I like that you say such as "facts as I know them" meaning not facts, but facts of your own reality. Anyways good day. Perhaps in another discussion.

originally posted by: mouthfullofkefirgrains
Well, there are many reasons things happened the way they did, but the fact is, the Southerners were raping their slaves and addicted to the power it gave them…

But these men were Christians who went to Church and followed Jesus. Kinda shoots a large hole in your theory.

What Tocqueville says does not in anyway support your earlier assertions. You are all over the place now.

Pro Tip: Try not cramming Jesus into every argument, it makes you have more coherent posts.

originally posted by: Tiamat384
a reply to: CIAGypsy
Um no..that first one is the art of illusion, not magic and magick is a new age term for people trying to be hip. My opinion though it is shared. Not a principle of mine so I don't care to argue this though.


Then we shall agree to disagree. I really don't care what you think or believe as I'm sure you feel the same about my beliefs. Furthermore, I have no interest in changing your mind. It is irrelevant.

Carry on, my friend.

ETA- I am mostly definitely not a 'new ager' though...so I take exception to that nonsense being placed at my door. I'm not a hippie in any fashion, whatsoever....including spiritually.
edit on 22-2-2016 by CIAGypsy because: (no reason given)