Generation X Parents, What Have You Done to Our Millennials? 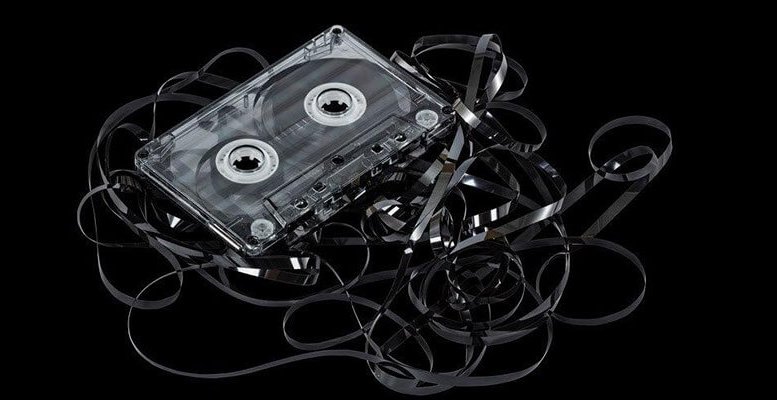 How Boomer Feminism Has Indoctrinated and Harmed Young People

Inebriated by screens and raised by perpetually nostalgic, adolescent-like parents, the Millennials, as a generation, have been given nothing towards which to rebel. Their Generation X parents had been society’s bad-asses, metalheads, tough kids and rebels, enjoying sex, living fast and narrowly escaping dying young. After facing the lessons of “the dark side” of life, Generation X grew up to be more compassionate, more conscious and more connected to nature, spirituality and family than their Baby Boomer parents. Our restless wisdom, intellect and creative innovation has been as dangerous to a consumeristic global order as was the social justice pioneering of the Boomer youth before us. With the murder of peace icon John Lennon in 1980, it was made clear to the Boomers that service to human rights was a dead profession. Their sense of hopelessness was quickly distracted by a growing social order of career focus and material prosperity.

This program of social engineering had roots with the political birth of modern feminism. Contrary to the common belief that feminism was about “equality” between the sexes, feminism was a means to socially engineer a docile population willing to work, consume, buy and die without question. Feminism was a movement funded privately, with government ties, to drive a rift through the heart of society’s last stronghold of personal and collective freedom: The human family. By seducing stay-at- home mothers into the workplace and causing them to grow in contempt for child care, not only would the government have the ability to tax the other half of the adult population, but children would be willingly handed over to day cares, preschools, kindergartens and schools. This would have the effect of further weakening family bonds and providing a captive audience of disconnected and restless children ripe for a social engineering curriculum of obedience, consumerism and consumption.

By the early 80’s, the Boomers turned away from their hippie, peace and unity roots and became seduced by the careers, prosperity, materialism and the stylish “Yuppie” culture offered to them. Their “latch-key” children paid the price by returning home each day to homes empty of parents and devoid of connection. They were raised by the TV set and by their equally disconnected peers. Generation X was famous for being angry and rebellious “without a cause”. As a generation, our Boomer parents had seemed ill-equipped to understand us, connect to us or compassionately respond to our needs without trying to buy a solution, a therapist or a babysitter.

However, when my generation gave birth to the Millennials, we sought to be there for our children and protect them. Unfortunately, in efforts to prove ourselves hip to the task of understanding youth angst, Gen X-ers have been vulnerable to nostalgia and therefore have refused to give up our 1980’s adolescence. Gen X parents were so interested in appearing “cool” that they became suffocating “friends” to the Millenials rather than connected to the needs of the Millennials. Some of us Gen X parents proudly brought our bad-ass rebellion to the defense of our children by saying no to public schooling and saying yes to parenting for connection and a return to nature: Homeshooling, unschooling, Attachment Parenting, natural family living and Paleo eating have been among the results.

However, Gen X parents as a collective became lost in nostalgia and in filling their emptiness through their children’s accomplishments. They competed with other parents, they pushed achievement above play and they praised product above creativity. They became hysterically fearful of any situation which they could not control in the lives of their children, turning nature, art, free play, free time, the neighborhood, adventures and exploration into an enemy that needed to be subdued. Gen X parents

cowered to the pressure for their children to conform: They allowed the Millennials to drown in the pharmaceuticals, media, devices, regimented activities and oppressive schooling socially engineered by Baby Boomer ideology.

Gen Xers were, as a generation, rejecting of feminism. As a generation of confident, snarky, “we can be anything we want to be” rebels, Gen X youth didn’t need feminism telling us what to believe or what to do. We Gen X young women loved our Gen X young men: We loved their bodies, their style, their long hair, their confidence, their attention and yes, sex with them. As a generation, both female and male, we were raised to feel like competent, strong equals. As a generation, Gen X naturally secured equality between the sexes by the freedom we had in forming alliances, connections and relationships in the educational, career and personal worlds. As a result, we didn’t see the zombie about to be resurrected.

However, by some savvy political necromancy motivated by renewed social engineering agendas, the bitter corpse of Boomer feminism was resurrected in the late 90’s to target society’s new grandchildren. This time, the gender programming would be fierce and war-like, with a three-fold agenda:

Disinfo.com is AboveTopSecret.com's "sister" site dealing with a broad range of issues related to disinformation, misinformation, and missing information in the media; as well as many of the "alternative topics" discussed on ATS. We provide this Disinfo.com article as-is because we believe it will spark additional interesting and valuable discussion here on ATS.
edit on 2/20/2016 by maria_stardust because: Added disclaimer.

posted on Feb, 20 2016 @ 12:26 PM
link
And here I am thinking you deserve a big applause for such a well written OP...only to find you quoted the entire text from your link...and you didn't write your personal view or opinion on the subject matter....tisk tisk.

However, what is written is true and to a certain extent self explanatory. It is the culture of society that shapes future generations...so sad.

originally posted by: Skywatcher2011
And here I am thinking you deserve a big applause for such a well written OP...only to find you quoted the entire text from your link...and you didn't write your personal view or opinion on the subject matter....tisk tisk.

However, what is written is true and to a certain extent self explanatory. It is the culture of society that shapes future generations...so sad.

Thank you for reading the article. I would like to point out this is a Disinfo account posting in the Disinfo forum promoting Disinfo articles with permission from ATS management.

It was the music industry!

They stopped playing rock music and hair metal in favor of suicidal grunge crap which even made the people who sang it create suicide!!

Everything was going great, then slow depression death music invaded
edit on 20-2-2016 by infolurker because: (no reason given)

Nothing new under the sun to see here, nothing that hasn't happened before and nothing that isn't perfectly predictable. The writer just added trendy gadgets and phrases to the story to make his pessimism appear relevant.

I am a boomer who raised two Xers and two Millennials, ask me anything.

originally posted by: DisinfoCom
We Gen X young women loved our Gen X young men: We loved their bodies, their style, their long hair, their confidence, their attention and yes, sex with them.
Disinfo.com

What a messed up perspective.

originally posted by: Kantjil
The Millenials, wow, just wow... I think a dog is more useful

LOL, it is ALWAYS somebody else's fault on why they cannot succeed.


OMG, that avatar pic! It is obscene! My Eyes!

I think it's hilarious. It actually took me a second to realize what I was seeing.

But that might have been because it was the first thing my husband showed me this morning before I'd even had any caffeine.
edit on 20-2-2016 by ketsuko because: (no reason given)

I'm a "millenial" working hard and raising four children, three of whom arent my biological children. I've worked my ass off since I was fifteen. I don't feel useless. So stfu.

Always that one who didnt grew up in a fairytale, teach it to your kids so there is a future..