posted on Feb, 19 2016 @ 07:23 PM
link
Democratic presidential hopeful Hillary Clinton said during a town hall on Thursday evening she will release transcripts of paid, closed-door speeches she gave to Wall Street firms "when everyone else does."

That may be sooner than she thinks.

On Friday morning, rival Bernie Sanders appeared to throw down the gauntlet by posting a video of one of the speeches he was paid to give in 2011—and how much he was paid for it.

Clinton's speaking fees—which have netted the former secretary of state millions in recent years—have come under scrutiny during the campaign, with Sanders and others suggesting they show she is too closely aligned with big banks.

posted on Feb, 19 2016 @ 07:44 PM
link
a reply to: DisinfoCom
I wouldn't hold my breath on this. I highly doubt she'll ever release the transcripts. First, because I think it would be her version of the "Mitt Romney/47%" debacle. And second, because I'm starting to doubt she even gave some of those speeches. The Machiavellian streak in me wonders if some of those "paid speeches" were really just donations that were labeled as "speeches" for accounting purposes. Kind of like the lucrative appearance fees many celebrities get for simply showing up to some heavily promoted events.

Oh, oh, Bernie's putting the burn to Clinton. If Clinton had nothing to hide, she would have disclosed them. She already has a problem with being honest, what better way to improve her image then to release transcripts of her speeches. I have to give her credit on side stepping the issue, she is quick on her responses.

I don't understand why it would be such a big deal if she had nothing to hide but we all know she does. So putting out this challenge was stupid since right now her main opponent is Sanders and he hasn't been giving speeches to Goldman Sachs, that I know of but if he did I'm sure he'd release the transcripts. If they exist it's probably him just telling them how they should be ashamed of themselves.


Yes, I wonder about that also and I think you might be right.

What has she got to say to them that's worth anything, let alone all that money.

As much as I would love to see her transcripts, I doubt this will get any legs.

posted on Feb, 19 2016 @ 10:06 PM
link
www.youtube.com...
In the next election the powers-that-be will do their best to fixate everyone's attention on the totally controlled presidential race. Most everyone will ignore the heart of the problem, the Congress and become caught up in the presidential circuswww.kickthemallout.com... 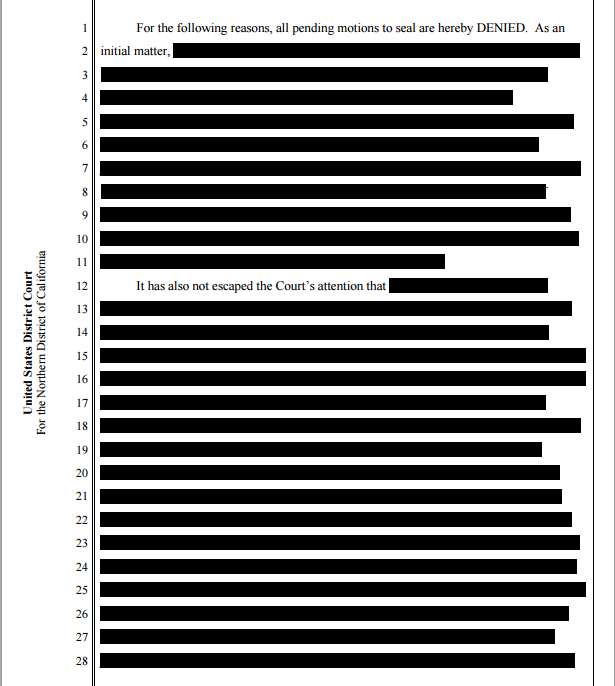 originally posted by: enlightenedservant
a reply to: DisinfoCom
The Machiavellian streak in me wonders if some of those "paid speeches" were really just donations that were labeled as "speeches" for accounting purposes.


You actually wonder about this? That's 100% all they are.

They do in fact show up so it's not fraud, but those speeches are a freakin' joke. The speakers just show up, talk about themselves, some lame stories, joke around a little and that's it. Legally she could read a recipe for cookies and leave and still get paid for the "speech".