posted on Feb, 19 2016 @ 01:32 PM
link
Here's a few of the odd stories I've come across this week that I thought I'd share. I like to do these things in threes but I see that one of my intended subjects, the black rain (I'd say possibly epic bird poop) in Michigan, has already been posted about so I went with a last minute substitution to round it out. 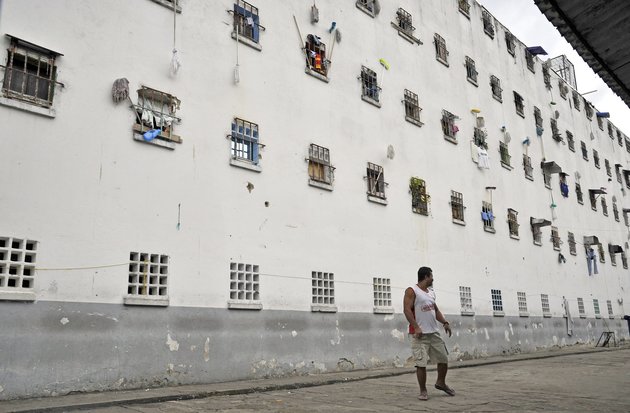 BOGOTA (Reuters) - Remains of at least 100 dismembered prisoners and visitors have been found in drain pipes at a jail in Colombia's capital that houses drug traffickers, Marxist rebels and paramilitaries, investigators said on Wednesday.

Body parts were found at La Modelo jail in Bogota, one of the Andean nation's biggest penitentiaries, as well as in jails in the cities of Popayan, Bucaramanga and Barranquilla, said Caterina Heyck, an investigator at the attorney general's office.

There's not much more information available in any of the sources I could find on this which are all based on the Reuters reporting. There was a mention in one article that local news sources are proposing that the corpses could be from 1999-2001, during a period where there were all out battles at the horrendously overcrowded prisons with groups of prisoners — armed with guns and explosives — fighting one another and the prison guards. 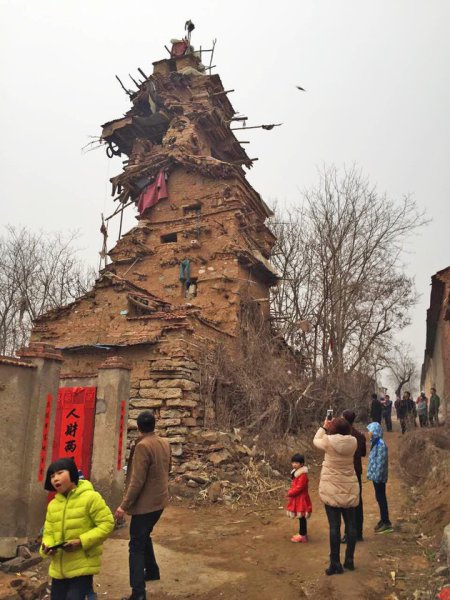 Hu Guangzhou grew up working on a family farm in Linqu County in the province of Shandong. Tragically, his two brothers died in 2006 from a farming accident. Guangzhou is considered mentally handicapped and struggled to live on his own after the death of his siblings. Through the generosity of his neighbors, an annual government subsidy of $636, and an unlimited supply of free steamed buns from a local bakery, Hu has survived for the last decade.

Due to Guangzhou’s mental illness, he refuses to believe that his brothers have died. Rather, he insists that they will eventually return to the village and will need a place to stay. Toward that end, he began constructing his seven-story tall castle. Over the course of five years, he was able to build the base of his new home by hand, using stone and clay bricks which he collected in a wheelbarrow.

While this story is sad, it is also strangely uplifting. Guangzhou is refusing to leave his tower and move into a nursing home and apparently, his neighbors have banded around him and in addition to helping with food and shelter (note: he's not living in the structure!), they're refusing to knock it down. 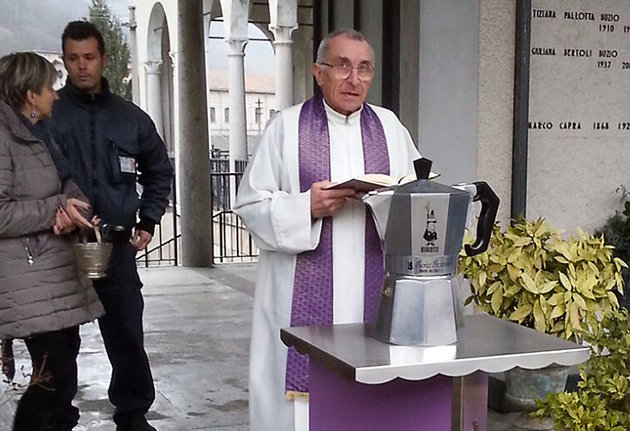 In life as in death, it was all about the coffee for Renato Bialetti.

When the 93-year-old Italian entrepreneur who brought the stove-top Moka coffee maker to the masses died on Feb. 11, his family decided there was only one way for him to be buried. They placed his ashes inside one of his iconic, octagonal aluminum pots.

Bialetti's remains were blessed by a priest in his hometown of Casale Corte Cerro, 60 miles northwest of Milan, on Tuesday before being interred in the family tomb in nearby Omega.

Bialetti's father patented his coffee maker in 1933 but struggled to market his product to the masses. Renato took over his father's business in 1947 and over the next four decades, the company sold 330 million coffee pots on which where imprinted a caricature of the younger Bialetti. The company was sold in 1986 and the pots are now produced in Romania.
edit on 2016-2-19 by theantediluvian because: (no reason given)

I totally loved the story about Guangzhou. It's encouraging to hear that the neighborhood united and are helping him out.

Although, by the looks of it I'm almost certain a building like that should be condemned - it was also a relief to hear Hu isn't actually living in that structure.

Bless those folks who are helping him out too. We need more of THAT in the world today..

Here is an article I happened across this morning that seems appropriate to the topic:

A rum-drinking primate grabbed a butcher's knife and hopped onto the roof of a makeshift bar in Patos, Brazil, where it stabbed at the tiles and then waved the blade over the edge -- essentially, giving the folks below some very strong "BACK OFF" vibes.

Here is a video of the incident:

That building from china is frigging awesome, wish i could live in there... proper mad..

That's an impressive structure for someone considered mentally handicapped ? Is there any details on what his condition actually is ? At a guess I'd say autism as they're well known for being able to be magnificent at certain things like art, maths and I'd guess engineering would fall into this too

Coffee pot seems a fitting send off for the man, I imagine it was a good funeral as far as funerals go

Drain pipe story is crazy though, prisoners sure you can imagine that but visitors too ? that's just crazy, there's no way the prison guards wouldn't be involved in something like that

Imagine what level that monkey is to have a non class related weapon proficiency!

Looks like hes trying to sharpen it in that video?

I'm moving to the Moon if its name is Caesar

I agree the people of China in many rural communitys still have something lost elsewhere in today's world, they value those around them and in this case have acted in a manner that should put most christian's to shame, I feel a very strong affection for them after reading that story.

The prisoners and VISITORS in the drain pipe's is horrific but as for the black rain after reading your take all I can imagine is a gigantic vengeful pidgeon, seriously though it is far from the first time a chemical in gaseus form has cooled or chemically changed in sunlight and fallen back to earth, I suspect a chemical fire or illegal incineration of maybe toxic chemical on that one.

The Coffee pot just put me off my drink, now I know why it tastes so awful.