originally posted by: Wide-Eyes
a reply to: anxiouswens

originally posted by: Wide-Eyes
a reply to: anxiouswens

Its a 31 Year old guy they have arrested not sure if they will highlight whether he is a Sunni Muslims or even an Agnostic maybe ?
edit on 19 2 2016 by skywatcher44 because: Added

Good point, I wonder if the various sects of Islam have a word they use when it relates to the factions hating each other.
Sunniphobes, Shiaphobes, Kharijiphobes? Or maybe they don't have stupid little buzzwords and just call such people hateful bigots.

I see what you did there, butcher...

Most likely that would be sectarian violence.


Also a very heinous crime that the UK has a large history of.
edit on 19-2-2016 by CharlieSpeirs because: (no reason given)

Show me the exclusion clause

No exclusions - But you or Charlie show me any case either in court or an employment tribunal where a white male is suing for being fired for being straight and white. Show me any court that has passed sentence to anyone for being racist against a white person in the UK.

I will eat my hat if you find anything!


Salt with that?
en.m.wikipedia.org...

That inter-Muslim sectarian violence would be classed as a hate crime in the UK because it is inspired by the religious belief.
Butcher was correct.

I was elaborating not disagreeing.

A man has been arrested in connection to this tragedy but of course details are still rather sketchy.

There are two things I would like to quote from the following article.

A statement on the mosque’s website said: “It is with deep sadness we inform you that our dear Qari Jalal Uddin Saab passed away last night. The cause of his death is yet to be confirmed.We recommend that you do not speculate but rather wait for the facts to be established by the police.”

Which seems to be a logical approach, however:

“We would urge all local mosques in Rochdale to consider emergency security precautions and facilities to help local people return home safely from the mosque. Furthermore mosques should also consider buddying various people together to ensure vulnerable people are supported.”

The second statement suggests that there is concern that this was in fact a crime with an anti-Muslim slant.

The Guardian story on man's arrest for suspicion


Only in Northern Ireland's legislation, not England, Wales, or Scotland.
It is also the only part of the UK which includes the words nationality
(including citizenship), and ethnic or national origins in its 'hate crime' laws.

Inter Muslim violence is just defined as a standard religious hate crime outside of N.Ireland, your added value 'sectarian' is not written in our law, just pointing it out for others.
Here's a link on the NI hate laws if anyone is interested: Sorry it's a PDF
edit on 19.2.2016 by grainofsand because: clarity


I WAS WRONG ABOUT THE NATIONALITY AS POSTED ABOVE, PLEASE SEE THIS LINK TO SEPTIC SCOTS POST WHICH CONFIRMS I WAS WRONG... www.abovetopsecret.com...
IGNORE MY FOLLOWING POSTS RELATING TO THIS AS THEY ARE INCORRECT.
JUST TO AVOID THREAD DRIFT BECAUSE I WAS WRONG LOL
edit on 19.2.2016 by grainofsand because: (no reason given)

originally posted by: anxiouswens
Too early to judge but I hope this isnt an hate crime targeting him because he is muslim.

Well, there was a piece on the radio recently on the increasing tension and antagonism between Sunni and Shia Muslims in some UK communities. This may well be an extension of the Middle East habit of Muslims brutalising Muslims because (ahem) they believe the wrong bits of some book, or something.

If it is, then this will be played down so as not to inflame sectarian tensions.

Why do you not understand?

Murder is despicable, no matter who the victim is, of course. However, the motivation for a crime DOES effect the way the crime ought to be looked at. A man who beats another man to death with a rock because he has lost the plot, and believes his victim to be an evil space alien, come to steal our organs and implant our children with odd DNA, is insane, and cannot be held responsible for his actions.

A man who beats another man to death with a rock because that man is a business rival, or over a debt or turf rights is just plain old dangerous and cutthroat.

A man who beats another man to death, purely because that man is of a different race or culture however, is evil in a way that many cannot compare to, and is dangerous to such a huge percentage of individuals, that the crime and the criminal are of a different order entirely. It is like serial murder. The reasoning applied IS important, the justification used by the offender DOES mean that their crimes are different, and that they must be dealt with differently.

Hate crime is an echo of an era gone by, an era in which things were done to people of different faiths, colours and cultures, an era in which those things were tolerated and even welcomed, because in that era, we falsely believed people from other parts of the world to be inferior to us, less than human in some cases. We must never, ever permit even the slightest echo of that sentiment in modern behaviour. It must be burned from the face of creation at all costs, and as quickly as we can get it done, and that means treating those who commit hate crimes, and especially those who kill over race and culture, with the utmost severity and contempt, over and above other criminals.

Whether you understand it or not, it is absolutely necessary.

anyways,I hope they find the person who "murdered" this imam

Behave, it's not about any lack of understanding, I'm making the point that the UK hate crime legislation is ridiculous because it covers a 5 specific groups, disability/gender/sexual orientation/race/religion and nopody else.
It's not just about murder, it covers verbal and physical abuse etc and influences the sentencing.

Here's why it's ridiculous, I can verbally abuse a fat person in town "Who ate all the pies you disgusting fat bitch", beat them up even, and it is standard assault, not a hate crime. Fat people are not a protected group.
I can verbally abuse a Romanian worker and shout "Go back to your own country you Romanian bastard" and it is not a hate crime because nationality is not a protected group.

Now, perhaps it is you who does not understand the point I'm making? It was fairly simply explained, I thought you were more intelligent or are you just looking to argue?
Is it not a hate crime then for the many fat people who face daily abuse in your opinion, how about white migrant workers from East Europe?
Go on, explain why not?

*Edit*
I WAS WRONG ABOUT THE NATIONALITY AS POSTED ABOVE, PLEASE SEE THIS LINK TO SEPTIC SCOTS POST WHICH CONFIRMS I WAS WRONG... www.abovetopsecret.com...
IGNORE MY FOLLOWING POSTS RELATING TO THIS AS THEY ARE INCORRECT.
JUST TO AVOID THREAD DRIFT BECAUSE I WAS WRONG LOL
edit on 19.2.2016 by grainofsand because: (no reason given)

Where do you get the impression that ONLY people from the list you mentioned are protected by anti hate law? It's all precedent based, so to my mind it seems like a bit of a cop out to use that excuse. If CPS think there is a case to answer in terms of hate crime, they will prosecute as such regardless of who is from where. 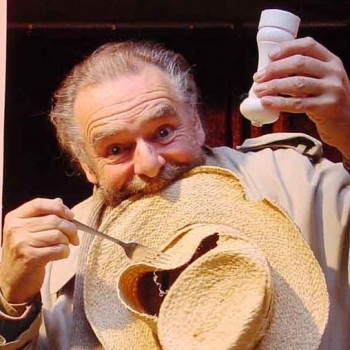 Fair enough. More had you in mind as a trilby wearer anyway.

Why do you not understand that the legislation is specifically written for those 5 groups, are you really going to insist I quote the specific legislation for you.
CPS can only prosecute under the legislation, and right now nationality is not a protected group under hate laws. No cop-out fella.

Example, I can make a camp-gay gesture with my arms to a gay man and that would be covered under hate law if the person felt insulted, threatened, or abused.
I can make a nazi salute to a German tourist here and it is not a hate crime under legislation, just standard threatening abusive insulting laws.

You may not like it but that is the law and pretending that other groups outside of the 5 specified are covered in the legislation is frankly wrong, and a bit dishonest of you.

originally posted by: ScepticScot
a reply to: grainofsand
Nationality is protected under UK race laws.

Northern Ireland yes, but not England, Wales or Scotland...unless you wish to quote the 'nationality' definition from the relevant legislation?