1. A four-year freeze on in-work benefits for EU citizens working in the UK that will last for 7 years, starting in 2020.

That means in 2027 all in-work benefits will be paid again as normal. It won't even make a difference to our current net immigration levels anyway. In fact, net immigration will increase even more rapidly, as the Conservatives are apparently raising the minimum wage to £9 per hour by 2020. Not to mention the fact that Turkey is being fast tracked to become an EU member, with the freedom of movement of people that goes with it.


2. Child benefit payments will be indexed to the cost of living for children living outside the UK, under new EU legislation. This will apply to new arrivals to the UK and to all workers from 2020.

This doesn't address the issue that we are giving money to people that have children living in another country. What is more appalling about this negotiation is that now we could pay more money to some children in other EU countries than we do to our own British children!

In a surprising win for Cameron, only one euro ‘out’ will be able to force a debate among EU leaders about ‘problem’ Euro-zone laws. Other EU leaders agreed to this because neither the UK, nor any other country, would have a veto. The tactic can be used to delay, but not to stop Euro-zone laws.


And it seems all these measures will only apply once legislation has been passed through the EU Parliament, which is not guaranteed at all.

Again, this is what I have understood so far, we should have a clearer picture in the morning, as the anti-EU politicians in the Conservatives party hopefully stand up for the UK.
edit on 83157bAmerica/ChicagoFri, 19 Feb 2016 18:57:32 -06002916 by 83Liberty because: slight tidy up

Totally agree with you he has in actual fact achieved B all. How he had the nerve to face the press last night when I had to suffer him on both Sky and BBC made me sick. He thinks he's such a superior individual he absolutely sucks. He avoided and turned arguments around and of course only chose those he know wouldn't give him a really hard time.

I am actually glad he is leading the stay-in-debate, because silver-spoon-split-tongue (only here for vested interest) is the best turn off the politicians could have given the people, he's a gem of the politician who delivers nothing but is proud of it!

posted on Feb, 20 2016 @ 05:09 AM
link
Well I'm personally not fussed with EU immigration - it's those from outside the EU who share nothing in common with European culture (and make up half of immigrants) that I am vexed about.

The two bits I will focus on is recognition that the UK is exempt from "ever closer union", something that other countries may also press for, in time.

Plus the recognition that the Euro is not the be-all-and-end-all in Europe.

I have no problems with the migrants, as a lot of them are great people and hard workers.

I just believe that the current level of immigration of over 350k NET per year (and is getting bigger), is just not practical or sustainable, and it putting massive strains on our NHS, schools, housing etc and deflating wages.

At the moment we have a two-tier immigration system where we are saying anyone in another EU country can come to the UK (even criminals), but if you don't live in an EU country you have jump through a load of hoops. I don't want to discriminate people based on where they live, as I see this as a tad racist and highly unfair. I want to discriminate on what people will provide to the UK, using an Australian style points system.
edit on 83125bAmerica/ChicagoSat, 20 Feb 2016 05:25:25 -06002916 by 83Liberty because: (no reason given)

I'm not saying he is wrong with anything, he just seems to feel refugees are not taken care by elites. I was also surprised him using the word elites. He used to hang with us activists in social forums etc, but I think he lost then a bit interest later. Then I also felt that the activists were getting a bit upset as he was defending that Finland was taken more like secretly into Nato partnership. Not as a member, but some kind of partner. Anyhow I don't know much what he is doing now, as I'm not there anymore. I have written him sometimes emails, he answers always.

originally posted by: Suanna
a reply to: Subnatural

I'm not saying he is wrong with anything, he just seems to feel refugees are not taken care by elites. I was also surprised him using the word elites. He used to hang with us activists in social forums etc, but I think he lost then a bit interest later. Then I also felt that the activists were getting a bit upset as he was defending that Finland was taken more like secretly into Nato partnership. Not as a member, but some kind of partner. Anyhow I don't know much what he is doing now, as I'm not there anymore. I have written him sometimes emails, he answers always.

Personally I'm not sure about NATO, I don't know if Finland should join or not. It's just all so very complicated. It might protect us against Russia, and this is certainly a maybe. On the other hand, things change, and Russia may not always be our biggest threat. Not to mention that we should totally reconstruct the whole system of world politics. But this takes a lot of time.

Personally I've never been any sort of activist, I'm afraid. But I have respect for you people, who really care about something. Maybe Tuomioja sacrificed some of his ideals as his career advanced. Maybe he sacrificed some things to get higher up and at least be able to change some other things. Unfortunately, there is always a higher level, there are always more sacrifices to make. And in the end you might not even recognize the person you were at the beginning.

Yes it is true, but he is still good guy anyway. I think Russia is not so aggressive that it would attack Finland or any country as the first one, rather it creates aggression when NATO are making effort to surround Russia and wage war through neighbor countries, including Russia takes it as a threat that Finland joined the partnership with NATO. After that and also due to sanctions, Russia sent constantly crafts to Finland area. It is a habit of Russia for decades to threaten, nothing more than that. That's what I feel.


Then we're left with Osborne or Johnson.
Coke head v Knob head.
I'll leave it to you to decide which is which.


I think I know , kinda enplanes the story of the powder contaminated Commons loo's 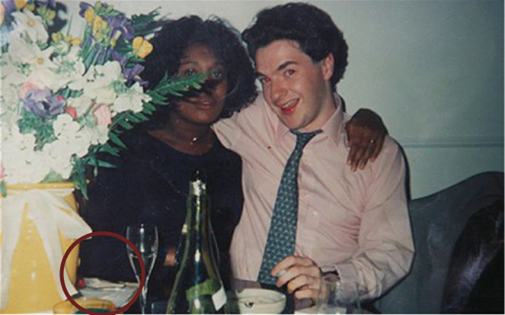 All hail our future PM.

Only if we vote to stay.

Boris will be P.M if we vote out.

originally posted by: Suanna
a reply to: Subnatural

I know Tuomioja personally. He used to be good guy, but I think lately as he is getting older, he has not been that firm with his opinions and dealings. He seems to be concerned now that the flow of refugees in EU could hasten the dissolution of the EU, because the "elites" (as he says it) doesn't know how to deal with it. Besides if the Britss are leaving the EU, this might bring the final stroke for EU.

I doubt it. The EC was doing just fine without the UK. It was the UK who was desperate to join as the country was bankrupt. We were eventually allowed to join in 1973, but it was a bit too late - we still had to be bailed out by the IMF.

I sense that the IMF is preparing their meeting agenda again in the case the UK would decide to leave.