The Oregon House just passed a bill on Wednesday that will shield the identity of the police officer who fatally shot Robert “LaVoy” Finicum.

The House approved the legislation in a bi-partisan vote, that will now allow a judge to bar the press and public from obtaining information on the identity of the officer, for 90 days.

But this has broader implications. The bill will similarly restrict the press and public from obtaining any officer’s name who uses deadly force.

The bill passed 55-3, and is now heading to the Senate.

The bill in question was drafted at the direct request of Oregon State Police Superintendent Richard Evans, Jr.

He told a Democratic lawmaker that he has been receiving death threats directed towards the officer who shot Finicum, at the end of a car chase last month.

Police have thus far refused to identify the officer, citing their “ongoing investigation” – but many in the media and public want to know who the triggerman was.

But many worry that it will in fact be used by police to do just that.

The bill would cover officers involved in racially motivated killings, for instance.


So, ATS do you think this Bill will be abused by police department around the country to cover up police abusing their powers?

That is insane. I'd like to know if it protects citizens that recieve death threats as well (probably not). Passing these kinds of bills out of fear is destructive to liberty.

Oregon is starting to sound like the poster child for a police state. 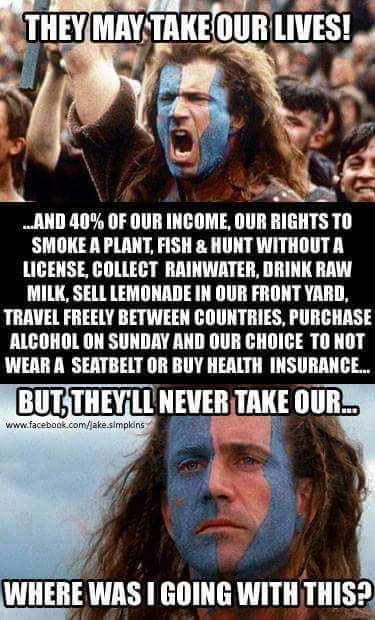 For example, assaulting a cop who are men trained to handle assault, is considered worse and a greater punishment than assaulting an elderly woman or a baby, who are untrained and unequipped to defend them self. Yet, its a special crime to assault a cop? Then, they are the ruling class above us, not equal.

To a cop, "one of our own" means a fellow cop. Well if I was a cop one of my own would mean one of the neighbors in my community, not fellow cops. When cops start taking blows to protect one of their own (neighbors who isn't a cop), then they'll start earning respect and earning authority. At least one of the police in my specific town is a good man, and therefore he is my authority because I respect him as such. He does not go around shaking people down for ticket money.

Authority is an agreement, preferably signed and written because it is so important. Until I have a signed written agreement with government, and everyone reading this does, then the world is nothing but chaos as contracts are not something to be forced upon us.

One thing I've never known a USA cop to do is take a risk. Their job is to shoot people if they get slightly worried so they don't have to worry about anyone touching them in any way that could make them feel uncomfortable. The latest example was the 17-year-old naked man who started approaching a cop. Obviously thats a killing, because you can't risk getting cooties from a naked kid. So, not a fan of cops, obviously. They are zeros, not heroes, because they take zero risk and therefore deserve zero respect, in general.
edit on 18-2-2016 by centarix because: (no reason given)

So they carry guns in the course of their govt job. Can and do shoot citizens.... so now they get anonymity.
What's next?
Total immunity?

Why is it, that they could not have just had a judge sign a temporary gagging order? Why did they have to allow this ruling to apply to more than just this one police officer? Why is it that everything has to set a bloody precedent all of a sudden? Case by case basis, seems to be the only correct way to deal with this sort of thing, wouldn't you say?

posted on Feb, 18 2016 @ 03:40 PM
link
Several months ago, I came to a realization. A corrupt government could not exist without a corrupt law enforcement division, and vice versa.

Now, consider how many laws the FBI and the CIA have been caught dead to rights breaking the law. Has anyone from the CIA gone to jail for bringing drugs into the country? Has anyone gone to jail for spying on members of Congress? If you or I engage in insider trading, it's a crime. When a congressman does it, it's OK. If I take someone's money on a highway at gunpoint, it's armed robbery. If a cop does it, it's Civil Asset Forfeiture.

So, do you think federal, state, or local governments are honest? Do you think law enforcement as a whole has integrity? Do you think government can be made more honest by voting in people you believe have integrity? How long does an honest cop last when dirty money flows freely and whistle-blowers are persecuted?

Sometimes people just have to reap what they sowed in life... that includes trigger happy police not being held liable in a culture where 'gun rights' are worshiped as if it was a religion.

Besides, if LaVoy was a black drug dealer who was notoriously known to carry and had been recorded saying he'd rather die than be arrested, then no one would have even blinked an eye over this shooting.

LaVoy knew what the consequences of his actions would be, but he did it anyway... so why all the bleeding hearts?

Being that militia made violent threats and very well could retaliate I can understand why they would conceal his identity. Did you know, the FBI is more concerned with domestic terrorism than it is with international terrorism and these right wing militias are exactly who they are watching.

I have soooooo many problems with this bill, both in terms of LaVoy Finicum in particular, and in general terms.

First, this bill has been misrepresented again and again as protecting only "the" officer who killed Finicum, and not all officers who have killed a someone, which I believe is an important distinction. But, as well, we have absolutely no reason to believe that only one officer fired at Finicum and is therefore solely responsible for killing Finicum. Since the issue of how many officers fired at Finicum and when is at the crux of the Finicum debate, I believe this is important.

Most important to me, however, is that the felony stop and subsequent roadblock was not designed and put into action by the rank and file officers who were also put in harm's way. I know "following orders" is not a defense, but the ultimate responsibility and accountability lies with the guys at the top... those who also put their officers in harm's way, guaranteeing that they would feel threatened (and rightfully so) and ensure that their survival instinct would kick in ... kill or be killed.

Generally speaking, by the very nature of their job, they are constantly a target for someone. They should, therefore, be given the absolute best in defensive training and equipment. I don't see that specific threats should make a difference. Especially given that the average person doesn't get any special protections when they've been threatened. Rather, they're told that the police cannot do anything until that person actually does something.

I have never understood the legal reasoning why the officer's name should be kept from the public "pending investigation." The facts are the facts and the truth is the truth and the public has a right to know what our taxpayer funded law "enforcement" are doing. The good, the bad and the ugly.

The ones misrepresenting it are the media and those on ATS who can't be arsed to actually look at the bill. The summary pretty well spells out who it covers and what it's for, and makes no effort to protect "only" the trooper in question.

As the bill stands now, anyway.

Will it be abused? Well, it's certainly possible. Perhaps even probable.

The ones misrepresenting it are the media and those on ATS who can't be arsed to actually look at the bill. The summary pretty well spells out who it covers and what it's for, and makes no effort to protect "only" the trooper in question.

Agreed -- definitely! I should have been more clear on that point.

Thank you for clarifying.

But if I operated under the same rules that cops do under the color of the law, I could shoot people for reaching into their pockets when they are in my visual range.... because they might be reaching for a gun.
If someone breaks into my house tonight and I shoot them, my name will be in the next edition of the local paper.
I think cops don't deserve any preferential treatment.
ETA: Lavoy isn't the point here for me. The law isn'the about the cop that shot Lavoy. It is about all Oregon cops that shoot someone.
edit on b000000292016-02-18T18:03:18-06:0006America/ChicagoThu, 18 Feb 2016 18:03:18 -0600600000016 by butcherguy because: (no reason given)

posted on Feb, 18 2016 @ 05:30 PM
link
Sorry. My understanding of it is this. The man made it clear that he had a death wish. He got what he wanted, I guess. I think it's irresponsible to stick up for this Finicum guy who definitely knew what he was getting himself into.

posted on Feb, 18 2016 @ 06:15 PM
link
In my opinion, if you're willing to pull the trigger, you should be forced to stand behind every shot you take... If you did nothing wrong, then why the anonymity?

posted on Feb, 18 2016 @ 07:21 PM
link
a reply to: BrianFlanders
Oh really he would have? How does anyone know this... Namely people that don't even know him automatically assume he would. Why is that... Speaking of misinterpreting things.

It's impossible to misunderestimate em!

originally posted by: jhn7537
In my opinion, if you're willing to pull the trigger, you should be forced to stand behind every shot you take... If you did nothing wrong, then why the anonymity?

That's noble and all, but what exactly does a good shoot or a bad shoot have to do with a third party making threats against you and your family?

Zero, would be the answer you're looking for.

All that is left then is public video to know the truth about who did what in these type of events.


originally posted by: jhn7537
In my opinion, if you're willing to pull the trigger, you should be forced to stand behind every shot you take... If you did nothing wrong, then why the anonymity?

That's noble and all, but what exactly does a good shoot or a bad shoot have to do with a third party making threats against you and your family?

Zero, would be the answer you're looking for.

In my opinion, again (only that), I feel a LEO is a job of honor, and if you're doing your job in a honorable way, I think you'd know if you were in the 'right or wrong' with every shot you took. And if you're in the wrong, I'd hope you'd speak up, and if you believe you did nothing wrong, you'd defend the shot vehemently too... I know what I'm stating isn't realistic, because no cop would do that today, but I would love to see more showing honor and pride in their job, because if more would, we would see a lot less of this BS... Just my two cents

I just feel if all LEO's had to stand behind EVERY shot discharged from their weapon, then they'd second guess before firing off recklessly...
edit on 18-2-2016 by jhn7537 because: (no reason given)