posted on Feb, 17 2016 @ 10:57 AM
link
Last year I made a thread asking what people were excited to try out in their gardens. Here it is again, almost time to start seedlings and begin planning!

This is always my favourite time of the year. I'm going to outline what worked, what didn't, and what new seeds Im excited to try in 2016. Please, if everyone who enjoys gardening could add their experiences, that would be great!

Zone 5, Nova Scotia Canada. Soil is good, mulched each fall, we make our own compost.

Hot peppers! These are so easy to grow and I would reccommend for all beginner gardeners. Last year we tried out "Czech Black" peppers, they grew beautifully and we made them into a nice, smoky chili powder. Jalapeños were plentiful and eventually pickled.

Carrots. Wow, did we get a huge crop of carrots. Likely 30 pounds all told.

Potatoes. We grew Yukon Gold, Russet, and our own variety of red potato, which produces seed pods each year.

Radishes. We aren't growing these this year, because we just can't figure out what the heck to do with them. They just become compost. That being said, we produced about 40 lbs all told.

Watermelons. I was so surprised that. Our watermelons did well. We only got seven melons in the end, but they were delicious.

San Marzano Tomatoes. We were overwhelmed with the production level and quality of these tomatoes! I'm still using canned tomatoes from last summer.

Butternut Squash. While not crazy plentiful, these were delicious and so orange.

Brussels Sprouts. We harvested these until December!

Eggplants. Wow, wow, wow! We were sick of eggplants by the time summer was over. We donated quite a lot to the local Lebanese place, who shared their Baba Ganoush recipe in return.

Cauliflower. For some reason our cauliflower turned out like baby's breath. I've never seen this before and I have no idea what might have caused this.

Kohlrabi. Our kohlrabi was of very poor quality this year. The texture was just so off, despite being delicious in previous seasons.

Beans and Peas and Cucumbers. These were decimated by deer. So sad, but we have more fencing this year so no worries.

Peppers. Unfortunately, it just wasn't hot enough for green peppers this year. We only got 3 small peppers.

New for this year.

I'm so, so excited to get started. We also plant beets, chard, lettuces, and a large tomatoe variety with great success each year. We might also plant parsnips if we can work them in.

I tried to grow the San marzono tomatoes this past summer, didn't do well for me. I'll try again. Yours are nice. Have you tried the black Russian tomatoes, they are very good. And your peppers look good too. I'll have to try these black peppers if I can find them here.

Good luck with your garden.

Russian black tomatoes are new to me. I'll have to check them out.

The Czech black pepper seeds were given to us by a friend, so I not sure where you might get them.

I can say about the San Marzanos, the seeds were from an in province farmer, so they may have been somewhat adapted to our zone. What zone are you in?

I had bought 1 heirloom plant of san marzano to try in a pot by itself. It didn't work. It grew straight up, gave 6 tomatoes and quit. I'm in US right above the Gulf of Mexico. Zone 8/9. Peppers will grow here in this heat they love it.

Roma tomatoes grow prolifically, easy. We had bought some grape tomatoes, somehow they got thrown out and seeded themselves down a hill with lots of water and they grew on their own, they also grow prolifically and are so sweet.

I will order those seeds for the black peppers online. They look really good to jar up and save. I grew some cayenne peppers, but the cold killed them, I saved the seed though, hehehe. They were heirloom, so, they will grow from seed.

I wished I lived close to ya (just kidding here) you could give me those eggplants. Eggplant parmesan is my favorite dish.
.... I'm going to grow those too this year though.


Potatoes. We grew Yukon Gold, Russet, and our own variety of red potato, which produces seed pods each year.

I haven't had a garden in years but this year I plan on starting again.
I look forward to try growing potatoes in a barrel. A woman on youtube claims she gets between 100 and 150 pounds per barrel...Good luck.


Best of luck. I've tried growing potatoes in straw bales, barrels, burlap sacks, you name it. I still get best yields in mounded earth on the ground.

150lbs per barrel sounds insane. How big are these barrels? Lol.

Watermelons. I was so surprised that. Our watermelons did well.


You harvested them too soon.

Otherwise, good for you. Anyone that gardens food is got their act more together than most of us.

I know how that works. Start the potato plant in the bottom of the barrel in a foot of soil. As the vine grows up, keep burying the vines with peat moss leaving the tips of the plant showing. Over time the barrel fills up, the vine flowers and the barrel will be filled with potatoes all the way from the bottom to the top.

The peat is acidic preventing blight and scab and producing big fat russets. I used a box frame to accomplish this, building it up higher and higher, but a barrel is already fitted for this and convenient to save space.

There was no time left for them to grow, unfortunately. They were sugar babies, and by September it was too cold to leave them. The vines were brown, so with our growing season, that's as good as they were getting. Even with that, we were satisfied with the size and taste.


150lbs per barrel sounds insane. How big are these barrels? Lol.

That's what I thought, as well. She said that the soil worked best for her when she used wood chips, straw and compost in equal amounts. I believe she mentioned something about one being on the look-out for snail with this mixture.

I believe a large harvest would be possible, though. I did watch one guy push over a large container that was about one half the size of a blue barrel, and that guy had an absolute mountain (comparable to container) of spuds in there. I almost pooped !!
That got me interested in having a garden again....Well, that and the price of produce.

So jealous, used to have a place to garden, my favorite thing. Now its just store bought. I hate not knowing where my food comes from.

There is nothing like the satisfaction of knowing that you grew something you are about to sit down and eat. I used to make my own compost and never used pesticides or chemical fertilizer…

I didn't need to. Healthy plants maintain their own natural defenses against bugs.

Do you have a tiny bit of space, maybe for a few containers?

No, my mom has a hundred pots around here (its her place) that she grows various flowers in. Every bit of space is taken up. In the front, the front walk and stairs, the back yard, the back patio, the greenhouse window. Literally…


I just counted them, 84 pots. Its her OCD to grow things that don't produce anything edible.

It is her house (shrugs).

Maybe you could convince her that squash have pretty flowers?

Lol, other than that I have no ideas. Maybe a small aquaponic fish tank for greens?

What's your recipe for eggplant parmesan? I'd love to try making it this year.

What's your recipe for eggplant parmesan? I'd love to try making it this year.

I've been out all day.

First decide if you want to fry your eggplant or bake? I fry them, but lately I've decided to bake next time I make this dish. Bake for about 25 minutes on several sheet pans at 350f/177c. 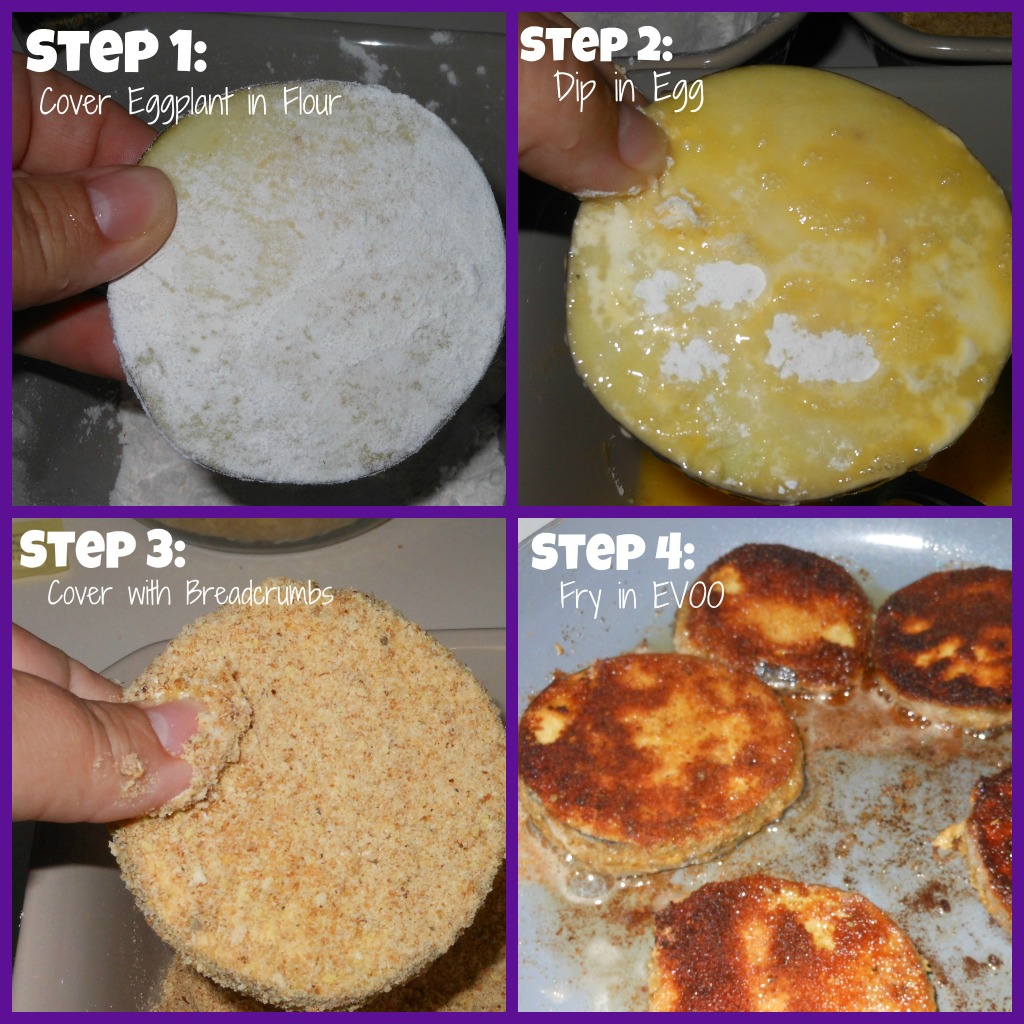 As above get a dish of flour (season with salt and pepper etc.)egg wash (season) flour or bread crumbs (Italian)

You may want to peel your eggplants I do, then salt/pepper them lightly. Cut them a little thick, you want them creamy. And, I cut them longwise. 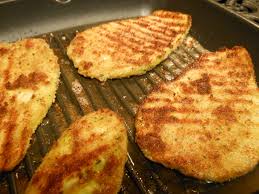 Next step flour, egg wash, flour. After you coat all eggplant, set them on a tray and put into refrigerator to let the coating adhere well for about an hour, then get a pan put two inches of Oil into it bring to 375 F/190c, fry all eggplants drain on paper towels.

When all fried, you're ready to assemble just as you would a lasagna. Sauce on bottom, layer of eggplants, sauce, mozzarella cheese and parmesan cheese, continue layering this way until all eggplants have been used, finish with sauce, cheeses and bake for about 45 minutes to an hour, light brown and bubbly on top. You'll never give eggplants away again. LOL.

Sauce I use is Ragu chunky. Sauce is your choice though. Play with it, add Italian sausage etc.

Thank you, I can not wait to try this.

posted on Feb, 18 2016 @ 08:25 AM
link
Hello. Beautiful pics.
My father has his own garden with vegetables . Now he is in process of making nursery. He will have tomatoes, radishes , potatoes, onions, cucumbers, zucchinis. I will post some photos in April when the first radish sprouts. His garden is like this : www.zdravasrbija.com... 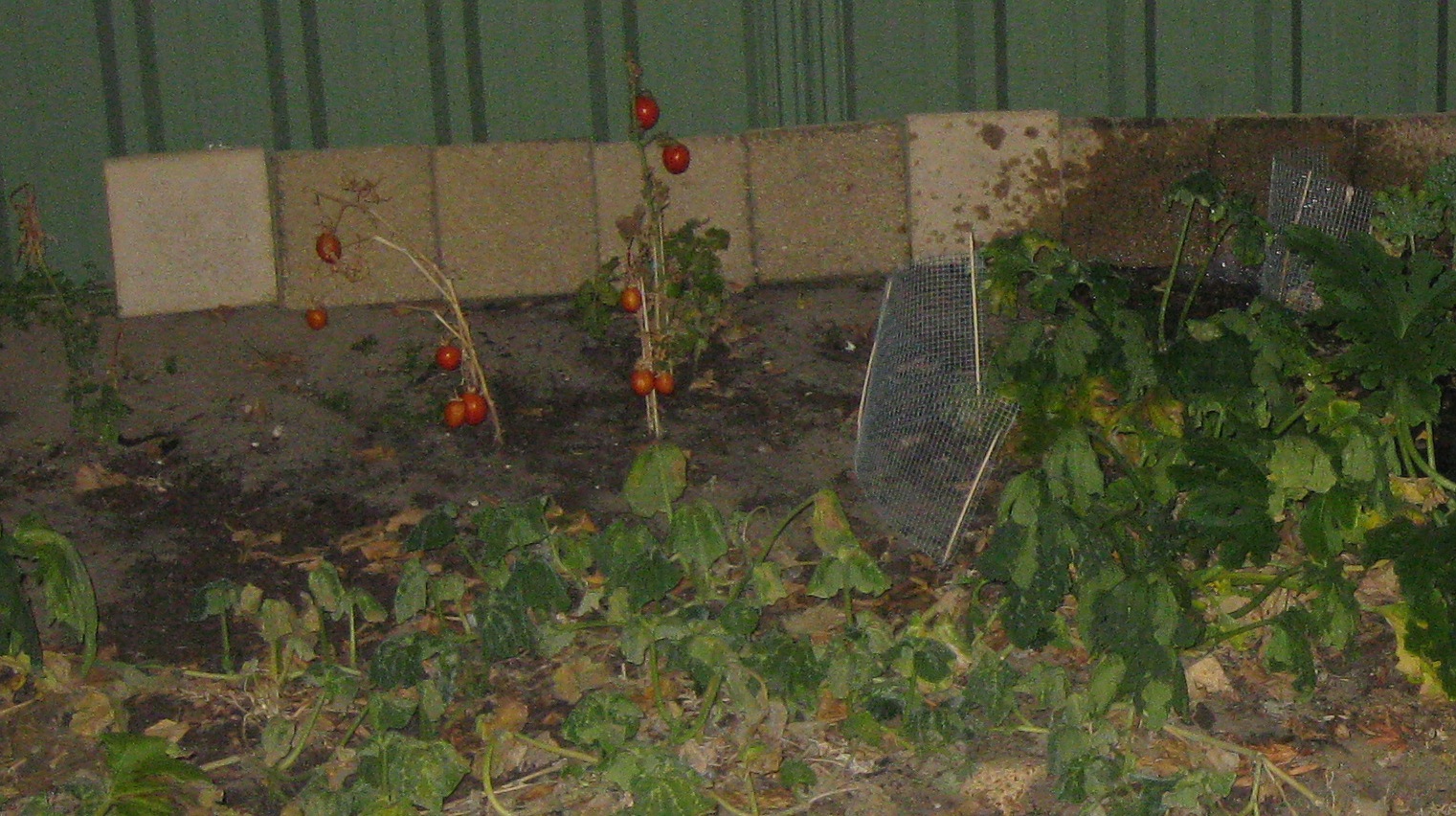 This year there has been so much rain.. The soil is soaking wet.. like literally flooded.. I am craving those hot summer days soooo bad

Those tomatoes look nice and ripe though! Corn is a hard one for me, I've found it hard to get a good variety.

You had me at pickled jalapenos!