An Indian company is due to launch what is being billed as the world's cheapest smartphone.
Ringing Bells said their Freedom 251 phone would be priced under 500 rupees (£5; $7.3), but Indian media reports said it would cost just 251 rupees ($3.67; £2.56).
Reports say the phone has 8GB storage and cameras in the front and back.
India is the world's second-largest mobile market and has one billion mobile phone subscribers.
Freedom 251 is expected to target a market already dominated by low-cost handsets.
"This is our flagship model and we think it will bring a revolution in the industry," the AFP news agency quoted a spokeswoman as saying.

An Indian company is about to market a Smart Phone for under £5.I honestly thought things were coming down on the price of phones but this is an amzing price. The implications of having India as a major economic world power are unbelievable, but with with statements coming out from their companies like this I believe the world is about to change just like when China became the new kid on the block. As someone who is involved in manufacturing it makes me seriously think about the future in both a positive light for the new emerging markets out there and a negative light expecting many companies over here about to face competition that they just can not take on. Interesting times ahead.............................

The Yugo That was European, sure it was cheap compared to our products but at least within range. These prices from India are just out of this world. I bought a fake Rolex, with a glass back and genuine atutomatic movement when was there years ago. About £0.80! Eighty pence
edit on 17-2-2016 by ufoorbhunter because: (no reason given)

I would not be about to jump all over this new gadget just yet.

The material cost, not to mention the research and development cost of this product must have been higher than the end user price would reflect. This leads me to ask about the catch.

Is there in built adware, will the data on the phone be open to a dangerous degree, what is the contract looking like, and how do they expect to get any money back on these devices? From where I sit, there must be something they expect to gain, other than the payment for the handset, with a price so low.

Yeah I know where you're coming from but at under £5 a smart phone (some say£3.50) it makes the hairs on mu neck stand. If you work in manufacturing you'll know what I mean, I swear it's all going to go India soon, apart from Landies which they seem to be lapping up.

I know what you are saying.

I just think that from a consumer angle, this will be less amazing than people are making out, and I doubt that the downsides to any design SO cheap, would be something that would transmit as well to western markets, as they might to less economically developed nations and regions.

If thing are as I suspect, then it will not be bringing about the manufacturing exodus that you fear.

posted on Feb, 17 2016 @ 10:24 AM
link
Himanshu, 17 February, 2016 Ringing Bells Android
India's Ringing Bells has unveiled what is being touted as the country's most affordable smartphone. Dubbed Freedom 251, the Android-powered device carries a price tag of INR 251, which translates into just under $4 at current exchange rates.
For that much, you get a handset that is powered by a 1.3GHz quad-core processor, and sports a 4-inch qHD IPS display. It comes with 1GB RAM and 8GB internal memory, which can be expanded up to 32GB via microSD card.

In terms of camera, the Freedom 251 features a 3.2MP rear unit and a 0.3MP front shooter. The phone runs Android 5.1 (Lollipop), and packs in a 1,450mAh battery. Connectivity options include 3G, WiFi 802.11 b/g/n, Bluetooth, and GPS, while color options include white.

Ringing Bells says the phone is in line with Prime Minister Narendra Modi's vision for "empowering India to the last person, transforming India's growth story." It will be available to order from a dedicated website (Source link below) starting 6:00 AM tomorrow (February 18). India's Defence Minister Manohar Parrikar will officially launch it later today.
www.gsmarena.com...

I read somewhere that the average hourly wage in India comes out at $0.40 so Ten hours work affords you a Smartphone @$4
In the US/UK/ Euro 10 hours of minimum wage will get you a smarter phone..
edit on 17 2 2016 by skywatcher44 because: Added

I
If thing are as I suspect, then it will not be bringing about the manufacturing exodus that you fear.


It's all happening right now. But it's China right now, looks like India tomorrow. Heck I'm too old to get a job pushing trollies at the supermarket

I read somewhere that the average hourly wage in India comes out at $0.40 so Ten hours work affords you a Smartphone @$4
In the US/UK/ Euro 10 hours of minimum wage will get you a smarter phone..

When you put it that way it all makes sense. Same standard of living

originally posted by: Indigent
Does the manufacturing plant looks like the temple of doom in that Indy movie?

It wouldn't be so much the bloatware I would have worries about but the quality of the physical hardware components inside the phone which at these prices I don't think will be very high.

eta: Just had a look at the phone, I see a lawsuit upcoming as it looks a lot like a crapple phone.

posted on Feb, 17 2016 @ 09:39 PM
link
This is a phone designed for the worlds poor, not for the spoiled western citizen who sells their soul every year or two for a new 700$ trendy toy with biometric properties. Devices like this will give a voice to the rest of the Earth who have been without a voice as long as time can tell. It will give them the power show and tell the world the true cost of convenience, and remove the shadow of ignorance that the well off few hide behind. When everyone else sees how primitive the majority of humans on Earth still have live, it will only be a few more generations before all the fight for progress reaches a global level with honest commitments for a better future for all.

This is what the purpose of these cheap phones are. They are a stepping stone to putting the world on the path to humanity.


Testers in India have gotten their hands on the device, and sure enough, it sports the newer, uglier design. The oddities don't stop there. The company selling the Freedom 251 is called "Ringing Bells" but the hardware sent to testers was actually built by Adcom and carries Adcom branding. On the front of the device is an Adcom logo, which was obscured with... correction fluid? The the Adcom logo is actually covered up with a white blob right on top of the bezel. This editing can be easily removed to show the logo beneath.

It seems the device sent to testers is actually the Adcom Ikon 4. Rebranded phones aren't that uncommon (if you can call a Wite-Out coverup a "rebranding") but this one is problematic given Ringing Bells' sales pitch for the device. First, Adcom is a Chinese company, which casts doubt on Ringing Bells "assembled in India" claim. Second, Adcom doesn't actually seem to be involved with the Freedom 251. When asked about the device, Adcom’s marketing head told The Hindustan Times, “We have no idea that our branding is being used on the Freedom 251. We will look into this.” Third, the Adcom Ikon 4 actually costs about $54 (Rs. 3699) or about 14 times more than the Freedom 251's advertised $3.64 price. Something doesn't add up here.

The World's Cheapest SmartPhone is Looking Awfully Shady
edit on 20-2-2016 by JackReyes because: (no reason given)

I wonder if when you buy one and ring up their customer support you will get to speak to someone with an English/American accent for a change?

originally posted by: butcherguy
a reply to: ufoorbhunter
I remember a car called the Yugo. It was inexpensive... but it was cheap.


Lower that car and you've got a winner 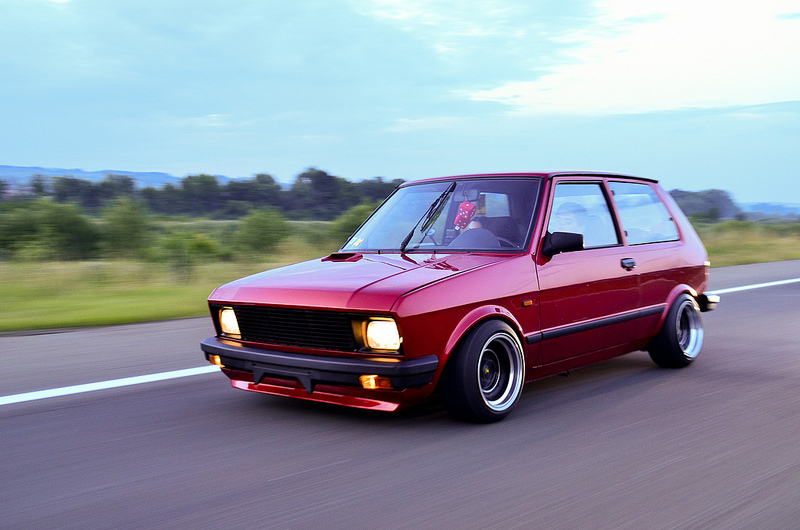 I'll look into this smartphone....although im attached to my HTC