posted on Feb, 17 2016 @ 05:02 AM
link
This is just another one of those amazing findings that will lead to more historical value. I'm personally excited because of the geographical area that the artifacts were discovered.

Hopefully there will be more findings. I recall when living in Fl. A place else called Ft. Desoto. It was founded by a Spanish settler, Hernando de Soto!

So much history is yet to be discovered


Experts confirmed that Tom Garner’s find at a newly cleared lot along the Pensacola Bay was the site of the land settlement of a doomed 1559 Spanish expedition to the Gulf Coast led by Tristan de Luna. The discovery bolsters Pensacola’s claim as the first European settlement in the modern-day United States, six years before Spain reached St. Augustine on Florida’s Atlantic seaboard. The expedition was scuttled by a hurricane in September 1559, shortly after the fleet arrived in Pensacola. Five ships sank.

"There it was, artifacts from the 16th century lying on the ground," said Garner, a history buff whose discovery has made him a celebrity in archaeological circles.

Part of Luna’s doomed fleet was discovered in Pensacola Bay in the 90s. But the exact site where Luna and 1,500 soldiers, Mexican Indians and Spanish settlers lived for about two years eluded searchers – until now. Many believed Luna’s settlement had washed away in storms or was entombed beneath centuries of land development.

cool find - right in Florida, I'm not sure where geographically that panhandle is in relation to Disney World but it's impressive to think of the amount of people coming and going (and living) right next to this piece of history for years.

You make some great threads ReadLeader - thanks for sharing.

Here is the wiki for Tristan De Luna. I guess he and his guys defeated an "Indian Rebellion" at Oaxaca in 1558 before they were settled in the site this amateur archaeologist found.

Fam, this is in the panhandle, a M A J O R tourist/vacation area. I fo down there several times a year; This is why it is such a unique find - It N E V E R ceases to amaze me the 'new findings' that still come to fruition! Hats of to our archaeologist's here and around the world! Just fascinating! 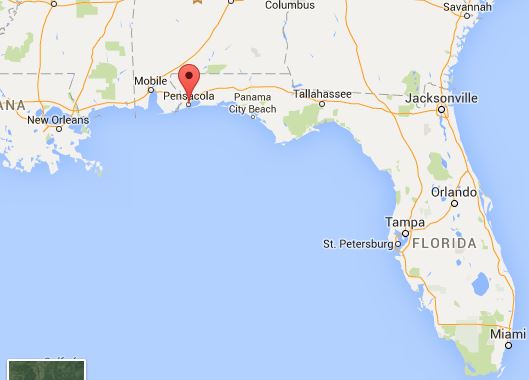 Thanks for the compliment Fam, and as always, thanks for posting!

St. Augustine, Florida was the very first Settlement in America. Hernando de Soto also discovered The Grand Canyon, my son the History buff, has just told me. He liked your find, I was telling him, he thought this was amazing.

posted on Mar, 23 2016 @ 03:05 PM
link
Not entirely correct. St. Augustine is the oldest continually occupied European settlement in the United States. We were "founded" in 1565. The settlement in Pensacola predated us by about six years, but they apparently don't get the credit since it didn't last.

I assure you, growing up in the Nations Oldest City was always a treat around Thanksgiving. Hearing about how the Pilgrims were the first in the new world was a joke as St. Augustine was founded around six decades prior to the Mayflower leaving Europe.