Trump has found a new way to win an election....bust balls!

originally posted by: six67seven
He hasnt won anything yet.

As for being a normal person or relatable to the everyday citizen.... Come again???

well you see he's white, hates immigrants, he was born with the most privilege a person can have, he likes to spout memes like make america great and other crap, control freak fascist. remind me if i missed something.

originally posted by: matafuchs
a reply to: introvert

Just because someone is different that does not make them an icehole. That is a pretty narrow minded way to live. But, then again, you are Introvert...and being an icehole with your comment.

As far as the movie reference, I will take that over anything the DNC is offering any day of the week.


Point of order just so I can get it out and my head won't explode ...

I'm sorry, does that make you a double or triple asshole, logically speaking?

posted on Feb, 16 2016 @ 06:36 PM
link
Sadly, Mr. Trump's personality has been overtaken by the ego of the entertainment character he created i.e. "The Donald" ... what we see is no longer the actual Donald J. Trump but is, in fact, not much more than a metastasized meme.

People need to realize he's telling the truth the hard truth just like he does in business...
The difference is those he would normally be doing business with are smart enough to realize that ...And that's why he is the way he is... Because he's giving you the same respect and benefit of the doubt that's a sign of respect for you Americans...
But it seems lost on you guys, that you would rather paint him the fool or a lier...
Don't let the joke be on you...

originally posted by: 5StarOracle
Trump does not need to find a new way to win, he's a winner and that means he does what it takes to win...

Are you familiar at all with the concept of redundancy? How about tautology?

But anyway, so who are you voting for in November?

So Jeb cant afford to keep paying you to be his shill?
I'm Canadian...

Exactly i love it. He calls every one out on their bull-crap. The fact that the media loves to bash him shows that they are afraid and that's a green light for me. He is not perfect by all means but he is way better then any other candidate we have. Why not take a shot, our country is already a mess how can he make it worse. a lot of the things he wants to do are just common sense anyway.

I am tired of people saying he "is not presidential material" and " i wont vote for him because he is a a**whole" its a cop out answer same as saying "ill vote for Hillary because she is a woman." or "i like sanders because he is not trump or Hillary"

If you reason for voting for some one for a reason like above you should not vote.

originally posted by: 5StarOracle
a reply to: Gryphon66

So Jeb cant afford to keep paying you to be his shill?
I'm Canadian...


Lord have mercy but that is the wrongest tree you've ever barked up.

Missed that you are Canadian ... beg pardon.

So, if you could vote in the US election, who would it be then? 8D

posted on Feb, 16 2016 @ 06:49 PM
link
I thought he figured out the best way to win the election was to get people to vote for you either "ironically" or as some form of protest against the ludicrous election system.

To answer your question...they should play this to start all of his rallies...

posted on Feb, 16 2016 @ 06:55 PM
link
I'm saying Trump is the only real choice you guys have...
You will all be far worse off any other way...
You need someone capable of turning things around and who is not a coward... Someone very crafty in business...
He will make China pay for what it has done to America...

The reason I drew this comparison is because both Trump and Camacho rely on flash-and-bang to gather supporters.

That's been political standard operating procedure for awhile now, and this election is seeing it almost universally. Obama used little more that buzzwords and theatrics "Hope & Change served up with a side of mock outrage" to take the office 8 years ago (taking it away from the Incredible Animated Corpse and his sidekick the Bloviating Haranguing Woman), I can't really say that Romney & Ryan played this game much 4 years ago, but this year we have Trump, Sanders and his "vote for me and I'll give you free stuff, baby" horsecrap, Hillary Clinton and her perfect imitation of the Mars Attacks aliens when she's giving campaign speeches,
Cruz and his Traveling Evangelical Electathon, Jeb Bush and his "Vote for me because I'm sad like Eeyore, but wanna be happy life Pooh" schtick, Ben Carson's ... well, whatever the hell you call that odd delivery he has, and, of course, Mr. Roboto... errr, Marco Rubio, rather.

They're all a bunch of goddamned caricatures this year. The only 3 questions that matter are:
1. Is the caricature actually representative of the real individual?
2. Is that individual's promises both personally advantageous to this voter and doable?
3. Does this voter believe the politician's promises?

I have to say, with Trump, I find the answer to all 3 to be "Yes," at least when compared directly to his competitors. That's about as genuine as it gets in politics these days. He's not going out of his way to insult people and offend the easily offended, it's simply who and what he is. That's real, and yeah, that's reflective of not only the majority of society, it's reflective of the way society should be. When telling the truth is deemed offensive, then it's time for the offended to GTFO because truth MUST always come before revolving sensibilities and, frankly, phony deference.

Yeah, I resemble that song.

its nice to take a look into a trump supporter's logic. thats really the only reason why i still come here, just to observe and deconstruct conservatism. must be nice to think you're always right, well good luck to you and your boy trump. you're gonna need it.

What election has he won?

The insults, frankly, are turning me off.

Hopefully he can rise above his ego and start explaining how he's going to make America great again, I want to hear it from him, in a positive manner.... 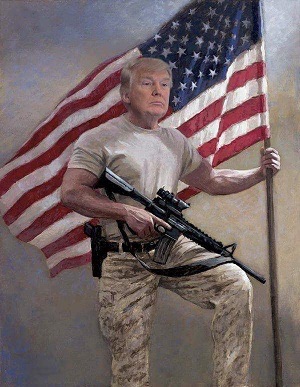 originally posted by: matafuchs
a reply to: introvert

Just because someone is different that does not make them an icehole. That is a pretty narrow minded way to live.

It has nothing to do with being different. Different is great.

It has everything to do with being an asshole. Plain and simple.

Being an asshole is not anything different.

But, then again, you are Introvert...and being an icehole with your comment.

Why, because it's "different" than the confirmation bias you seek? 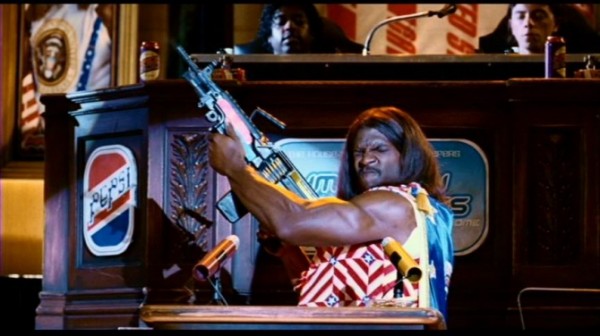 Record high percentage of the US population out of the workforce
Record high welfare payments
Refusal to enforce EXISTING LAWS with regards to immigration
Abject failure of every single foreign policy undertaking
Supplying guns to Islamists in Syria
In turn, provoking MILLIONS of refugees to pour into Europe, unprecedented.

Worse than Bush in every way.
And Obama never speaks publicly without a teleprompter

Idiocracy is what you have NOW under Obama

It's called busting balls....don't look so deep into it. There is no special meaning. That was the point of the OP. Thats why I called you an icehole...sarcasm...busing balls.... It is time for common sense to solving problems not decisions based on special interest monies.

The world has become a 3 minute platform for the next pumped up news story. Terrorists killed over a dozen people about two months ago and it is not even in the news. 128 killed in Paris less than six months ago. The current state of US politics is a joke. There is a war going on in the Middle East the MSM is not broadcasting. Just keep consuming. That is what the DNC wants and many of the GOP candidates. They need it. They have to have it or they are nothing. Ted Cruz loses and what does he have? Debt and paying off Goldman/Sachs. Rubio....fighting for a seat again in FL. Trump could walk away tomorrow and go back to making millions with a great stable family and not miss a beat. It is not a notch he needs...just one he wants. The rest are fighting for their lives...

The world has become a 3 minute platform for the next pumped up news story. Terrorists killed over a dozen people about two months ago and it is not even in the news. 128 killed in Paris less than six months ago. The current state of US politics is a joke. There is a war going on in the Middle East the MSM is not broadcasting.

You don't think we know that? Of course we know that. The real problem here is finding the solution.

Some people, such as myself, may be of the opinion that our current problems are rooted in self-righteousness, greed and arrogance. That starts at our own economic model and goes all the way to our foreign policy.

Why should we support a man that is the epitome of all those qualities?

It is not a notch he needs...just one he wants.

We can learn from history and recognize that once a Man has all the money he desires, he will search for power.

I have no doubt this is what he wants.


originally posted by: NarcolepticBuddha
IF Trump gets into office, I would say Idiocracy just resembles reality more and more all the time.

Ironic you'd take that position when the very backbone of Idiocracy is something Trump seems to be the only politician bold enough to tackle straight on. What preceded the dystopian future of Idiocracy? Lazy, entitled, stupid, buffoons procreate more than hard working, self responsible, intelligent people do. What almost causes the ruination of Joe's plan to save society? The collapse of a mono-faceted service industry which employs nearly the whole society of dullards, giving them meaningless and simple "jobs" in exchange for a seemingly uniform allowance to live on. What are Trump's keystone issues? National protectionist policies which will return manufacturing jobs to America, reward self responsibility, seriously curtail entitlements, boost education quality, and secure our borders so Americans don't become overwhelmed by anchor babies and illegals.

In other words, Trump getting into office leads to the exact opposite of Idiocracy.

LOL! Inspired me to make a new meme

To much? ok? not enough? wtf?
New avatar?