Whistleblower about to 'lift lid on 1000s of UFO files' is GENUINE, says ex-MoD man

Well, there's a question. Is this guy connected with Greer in any way?

It was mail for me. For about 2 years.

I had Secret, NATO Secret, Cosmic Secret (don't kid yourself, it's just a fancy name), and a TS.

The ONLY reason I had a TS, was because I was responsible for all the PC computers at Fleet Mine Warfare school in Charleston, SC (way back when there was a base there), and there was one in the CMS Vault.

The TS clearance was simply in case some idiot left a TS doc out on one of the filing cabinets.

Most likely this is another hoaxer setting himself up on the Disclosure circuit. I predict that he will never produce any actually documents, just wild stories. The interesting question is: is this just a con man after a quick buck, or is he a government agent tasked with making ufology look bad? (You know they're out there.)
edit on 16-2-2016 by DJW001 because: (no reason given)

originally posted by: Bedlam
Two things should be a bit bothersome...

1) ""My secrecy agreement with the US Government expired in October 2014."

That would be...rare. If you are party to TS or SCI, in general they never expire. If they do, it's a per-project thing, not a blanket expiration.

2) "The man, who says he was a third-class petty officer at the Naval Telecommunications Center within NAS Moffett Field from February 1986 to October 1989"

Add to that the oh-so-typical "about to happen" phrasing and it smells a bit funny.

Never heard of anybody being able to spill secrets in 15 years, assuming he got out in '89 when he supposedly left NAS Moffet.

Guess we'll see? But I won't be holding my breath.

posted on Feb, 16 2016 @ 10:17 AM
link
Why announce he has something instead of just showing it? If it was anything important, he'd be setting himself up to get killed in the time frame that he's waiting around.

posted on Feb, 16 2016 @ 10:24 AM
link
Yeah, Bob Lazar made claims to have seen things too. I don't want to hear claims of anything. If I'm going to believe then I'm going to see the same things he's seen. Not just story time.
I guess we'll see. I'm not getting my hopes built up though. I know where this road goes.

Or get completely erased as far as career and credentials go. He doesn't have to disappear. Just his history does.
edit on 2162016 by Sillyolme because: (no reason given)

originally posted by: Sillyolme
a reply to: korath

Or get completely erased as far as career and credentials go. He doesn't have to disappear. Just his history does.

You can't erase a history that doesn't exist.

originally posted by: Bedlam
Two things should be a bit bothersome...

1) ""My secrecy agreement with the US Government expired in October 2014."

That would be...rare. If you are party to TS or SCI, in general they never expire. If they do, it's a per-project thing, not a blanket expiration.

2) "The man, who says he was a third-class petty officer at the Naval Telecommunications Center within NAS Moffett Field from February 1986 to October 1989"

So if there are actually any 1000's of files and they were released through him it would be a government set up for a way to release without being asked for any further explanations. It could happen I think. That would make sense of the pre-warning of release I think.
edit on 16-2-2016 by SeaWorthy because: (no reason given)

posted on Feb, 16 2016 @ 10:36 AM
link
Is there another source for this? The language in the article sounds very before it's newsy to me.
I expect stories of bat boy to show up on these pages.

originally posted by: PhoenixOD
What if the UFO files just say its all black projects, failed military/space tests and suspected craft from other countries?

Will everyone be happy then?


This only ends one way.
Little green men handing over the secrets of the universe and man kind living happily ever after.
Or
We all die.

Yeah, a little tricky to take this as genuine when such a level of secrecy has no expiration date.
If we're to believe that governments knowledge of UFO's or extraterrestrial life is real, then it would be classified far higher than most defence secrecy. You don't get an expiry date on such secrecy agreements.

In addition, this level of information would be for those of a much higher standing than any third-class petty officer. Even if he were privy to information about weaponry his secrecy would last for as long as he could breathe. If it were something even more secret than the latest weapons tech (which this would be) he sure a sh*t doesn't have any freedom to be discussing it openly.

Sorry to burst anyone's bubble, but this seems like just another fantasist or an outright hoax.

posted on Feb, 16 2016 @ 12:12 PM
link
People are automatically assuming that UFO's means alien space crafts. When it comes to military and government their interest in unidentified flying objects is more likely to do with making sure its nothing to do with spy tech or aircraft from other countries.

originally posted by: PhoenixOD
What if the UFO files just say its all black projects, failed military/space tests and suspected craft from other countries?
Will everyone be happy then?


The general consensus on this site is that if someone doesn't verify what they already believe (that it's aliens or time/dimension travelers), then it is not proper disclosure and more lies from TPTB.

originally posted by: korath
If it was anything important, he'd be setting himself up to get killed in the time frame that he's waiting around.


Like that happens all the time, and that people are too stupid to create failsafes.

As for this story I'll believe it when i see some actual information!
until then its just yet more hyped up crap.

Most of this has been adequately covered, but the release is deceptive. A "former Naval Officer" turns out to be a PO3. OK a PO3 is a "Petty 'officer'" so that is technically correct, but in common parlance, and certainly in the Navy, a PO3 is not considered an "officer" at all. In fact, one can earn the rank upon the completion of "A" school a few weeks after completing boot camp. In other words, he was a beginner, an E-4, one step up from a Seaman. Using "Naval Officer" is fluffing him up, though it may have been a writer who did not fully understand the distinctions.

You CAN have a Top Secret Clearance as a PO3. That isn't at all unusual. It would be helpful to know what rating he was. A Cryptologic Technician is much more likely to be involved in Top Secret stuff than a Yeoman.

But just having access to "thousand of files" should not be a call to excitement. We already have access to "thousands of files" and by far the majority are mundane reports of civilian sightings, most often daylight discs or nocturnal lights, with many copied newspaper accounts. I've been through typical Blue Book reports, for example, all dutifully recorded as only the military can do, and they mean nothing at all.

So once again we have a guy not long out of boot camp who has been granted instant access to the most top secret stuff there is, who promises to "reveal" stuff that would most likely land him in jail.
edit on 2/16/2016 by schuyler because: (no reason given)

I also believe most people here probably have more "military intelligence" on their own PC'c than the entire Pentagon... 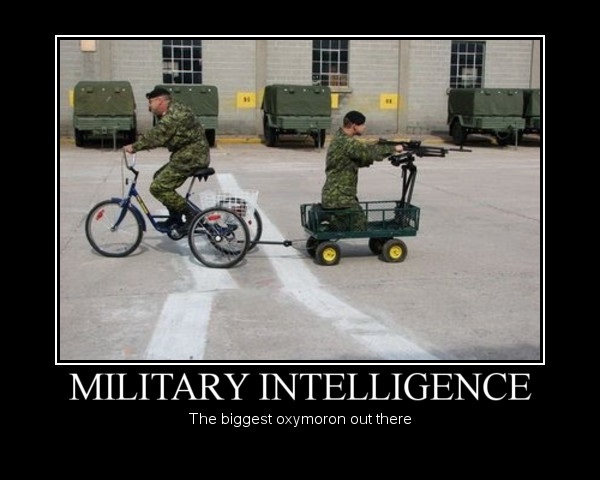