Mayor's Wife Opens Cannbis Shop Next to Her Strip Club In Glendale, Colorado

That fenced in construction site next to it is the current site of the pot shop in question.


GLENDALE, Colo. (AP) — Colorado’s newest pot shop has some wondering whether strippers and weed are too closely aligned on a busy highway just east of downtown Denver.

Beyond banning the sale of pot and alcohol in the same shop, Colorado has no regulation regarding marijuana and other adult businesses. Zoning rules require shops to be away from schools or anywhere children congregate.

Both businesses have the same owner, who envisions pot shoppers getting discounted drinks at the strip club. Deborah Dunafon plans to sell mugs at the pot shop that customers can use for a free beer at the strip club. Colorado law bans the sale of both marijuana and alcohol at the same place, so there won’t be any alcohol flowing where weed is sold, she said. She’s the only person in the country who owns both a legal weed shop and a strip club. 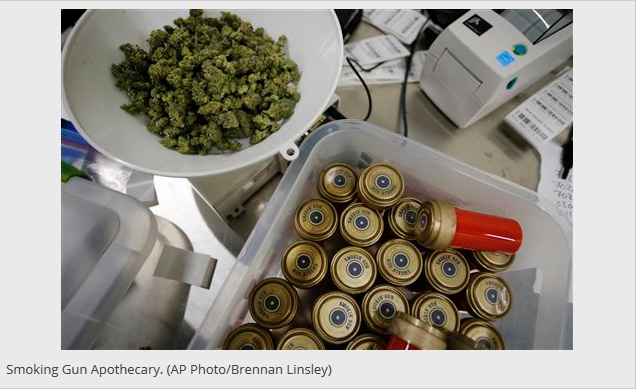 So, both are legal, I don't really believe there are any conflicts of interest or legal issues here right? Although I am certain there will be hell raised for ethics issues.

This should be fun. Denver residents, I want to hear from you guys!

Sex and Drugs and rock n roll. I wonder if she takes stripper dollars for the weed?

posted on Feb, 16 2016 @ 01:11 AM
link
Hey Colorado don't give Oregon(has legal maryj and namely Portland, the strip club capital of the world) any more ideas.

posted on Feb, 16 2016 @ 04:27 AM
link
Hmm...awesome but I can't help but wonder how easy it was obtaining all the necessary licenses and permits for such business's being the mayor's wife and all. Now if it were only that easy for the rest of us.

posted on Feb, 16 2016 @ 05:06 AM
link
A dream comming true!
When will she divorce him?
Is there any chance she would consider moving to europe?

There is a shopping center after these two, perhaps yall could look into vacancies there?? Also a small strip of businesses across that same road. Vacancies pop up every six months to a year ever so often.