Marking this post to get back to see how it goes . S&F op ...got my coffee and following . You are right that this opens a very large can of worms in so many ways ...Too many to speculate just yet ,but my mind is sure going :>)

eta ...well that didn't take long once I read a few comments .....fine material for the LOL bin ...sorry op but you can keep the flag and the starr because it will be a reminder to the both of us that we can be a little gullibili at times ...now where did I set that coffee ..
edit on 15-2-2016 by the2ofusr1 because: (no reason given)

I'm sure they couldn't just easily kick him out if he ate 50lbs of food. Must have been a big boy. 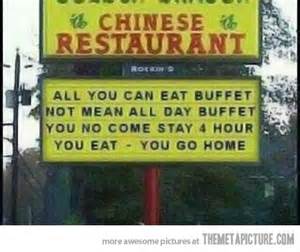 Bout wraps it up Sub

none the less, you better believe there were a few Malaysian and US officials who's heart jumped in panic when they saw the headline

Why would the United States care? It was not our airline or passengers.

Because there were a lot of people involved in stealing that plane..
There were just as a many involved in keeping this charade of a media storm going for so long..
If any kind of undeniable proof were to come out of what really happened then all those people will be wondering how they're going to explain them selves.

I must have missed how the United States was involved. Who is handling the investigation again?

Social skills can take a person toward the top in business pretty quick if they have the right connection. If this job bombs she can try political ads, even though it's seasonal work.

I must have missed how the United States was involved. Who is handling the investigation again?

thats fair, i mean.. I have absolute faith in the Murdoch media biting the hand that feeds them and releasing anything trustworthy about anything.. ever... when its anti-american establishment...

I must have also missed the part where they found the plane.. or a seat.. or a body or released all the flight data/radar information thus confirming the official story of it flying for half a day across the world unnoticed until it crashed.

how silly of me!

And once again, what does this have to do with the United States?

far out you want it spelled out?

a plane heading to china vanishes.. but you want to say that the United States had no knowledge of this incident or has no proof from any 1 of the spy satellites, tracking systems, radar stations, communications mediums?

like it or not the US does have a far superior technological position on this Earth. A plane doesn't fly for half a day around the world without a trace. Therefore, anyone with evidence who plays along with an obvious lie is involved.

If you feel better believing the US is honest and almighty and in no way took part in this very global event, then go for it. I admire that kind of devotion even if it is a little naive.

Right, because the United States has its satellites aimed over the southern Indian Ocean where all kinds of enemy activity takes place.

I agree to an extent. The US probably knows something from the earliest part of the flight but the old Nation Security mindset prevents much from being said or shown. They may have, in a roundabout way, passed some info on to AUS for the search.

Right, because the United States has its satellites aimed over the southern Indian Ocean where all kinds of enemy activity takes place.

Things are vastly different now, so yes - I believe... a plane travelling half a day around the globe is being tracked, monitored, traced and/or communicated with in some way, by the United States and their global communications and surveillance network.

People have even come out saying if they had the chemical composition satellite pictures (or there abouts) they would be able to track the plane, but government refused to release them.

Australia, the United States, Malaysia, probably the UK and Japan know what really happened, but neither of them would ever say anything publicly and they backup what ever Murdoch media statement is presented.

Before you ask, no I do not have proof. You think governments like this leave proof lying around of there involvement?
Want links?, get stuffed.. there's 10 billion links on every position of this crime..

What I can give you is common sense..

A passenger jet does not fly half way around the world, after having been declared missing... and not be noticed!

You said you'd have thought ATS would be all over it, and surprised we we're not. Thats your answer. And haste in posting.

Always go down the whole New threads on top to see if something is posted,debunked or confirmed a hoax or a known hoax site as your source.

Its getting so many posters are doing just that: posting fast.

Ex: Yesterday 5-6 threads about members pages, browsers etc...being messed up...while the new format was posted by the owner 1st thing this week even in the same forum.

Quick posting without regard or even looking down that forum makes us like twittering. That we are not.

originally posted by: Agit8dChop
Things are vastly different now, so yes - I believe... a plane travelling half a day around the globe is being tracked, monitored, traced and/or communicated with in some way, by the United States and their global communications and surveillance network.

Uh-huh, because tracking all civilian flights is a great use of resources.

Resource?.. what you think there are people watching everything real-time?

They are automated. Most things are recorded and reviewed. If specific actions happen that raise flags alerts are automated and then its watched in real time.

It may have been missed at the specific instance it occured but the data is always there to review and catchup... dont worry youll get there


originally posted by: tweetie
What if the story was concocted...

The story certainly was concocted, that is a fact.

I've known some very interesting people because of the Internet who knew about things I didn't because of their connections and life experiences. I wouldn't name names but someone once said that certain agencies or entities will use papers like, "The National Enquirer," and, "The Star," etc., to put info or messages out in the public domain which are meant for other people in the know to understand. I've never forgotten that.

This, "World News Daily Report," website puts out bizarre, hoaxy stuff, too, apparently and I have an inkling, in this instance, it's a message. My prerogative. :-)