posted on Feb, 9 2016 @ 01:01 PM
link
A private company in Moscow is attempting to take on Airbus and Boeing, with a middle of market, hybrid energy design aircraft. The aircraft is designed to carry between 276 and 358 passengers over a range of 3,000-4,000 nautical miles, in a three aisle configuration. 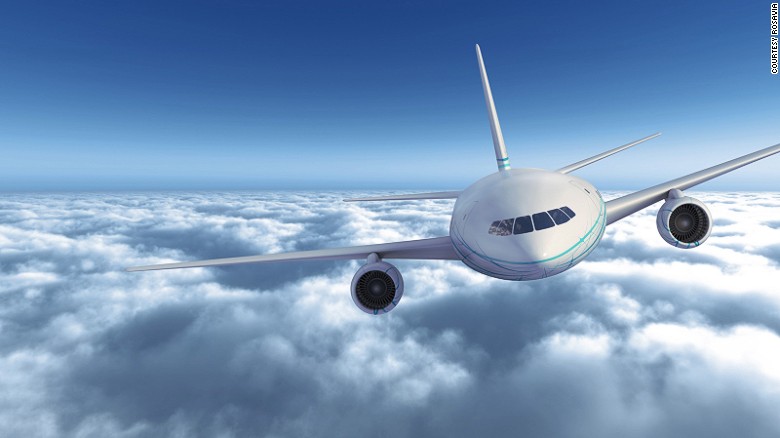 An elliptical design allows for a three aisle design, with less weight that a widebody that can carry the same number of passengers. The first round of aerodynamic and system testing has been completed in Germany, and Rosavia is looking for a suitable location for an assembly line. They say the aircraft will list at $120M, which is similar to the smaller A321neo, and they will break even at 115 aircraft.

(CNN)The design and manufacture of large commercial aircraft is one of the world's most challenging industries.

So can a Russian upstart succeed in its goal of redefining the market with a new aircraft concept whose unique characteristics place it in a category of its own?

The new manufacturer is Moscow-based private company is Rosavia.

Its concept is the inelegantly named Frigate Ecojet.

Good luck to these entrepreneurs, I really do hope they can compete, as I think the world is owed some additional Aircraft manufacturers.

I don't think Airbus or Boeing have anything to worry about currently, but no doubt will follow production carefully.

posted on Feb, 9 2016 @ 01:19 PM
link
Three things about Russia and this initiative, while not trying to downplay the OP. Russia are certainly good at "artist's impressions".

1. Russia is very corrupt and that tends to stifle industry and commerce.
2. The costs of developing commercial aircraft are quite high.
3. The potential for investment in Russia by the West is somewhat constrained by sanctions and the complex political environment.

Oh I am sure they would attract investment from BRICS, the West turned their backs on them previously, I don't think they would need the West.

I agree about the corruption though, maybe they will need to build outside of Russia?

We may never see it beyond concept, but one to keep a tabs on.

They don’t really work together on competing industries, and all more focussed on developing their own indigenous industries. Would they want to chuck their money into a Russian money pit? Besides, the BRICS don’t have much money to burn at the moment.

- Not sure about India’s commercial aircraft aspirations, but they have Hindustan Aeronautics and some poor experience in dealing with Russia of late.
- Brazil has Embraer.
- China has several aircraft concerns.
- South Africa ?

Not wishing to be negative, but I don’t see Russia being able to advance this type of project under the current domestic conditions.

They restarted it. They say they have investors, and they've completed some aerodynamic testing, so we'll see. I'm not hopeful, but it would be neat to see it fly.

I'd always welcome anything that shakes up the status quo. As a photographer I don't want *everything* to be a Boeing or an Airbus. Already got my fingers crossed for the Comac 919 and MS21 lol

Yeah, I can't wait for the MRJ to arrive here, so I can get pictures of it flying around. I'd love to see some other manufacturers break into the big time.

Interesting idea there with the elliptical shape.

if any. What would be the benefits of that shape?

Does it provide any extra lift? Or would it just drag the aircraft?

Increased interior space is one benefit. It is very similar to NASA's D8 (Double Bubble) concept.

so the wider body would provide some extra lift. I imagine that it would help with fuel economy as well

As Sam said, interior space. They're trying to put a lot of people into an aircraft and save weight. If you build a traditional widebody, there's nothing to draw customers because they can get the same thing already.

posted on Feb, 9 2016 @ 09:02 PM
link
The shape gives it a hint of the Lockheed blended wing design that was released a couple of years or so ago. Wonder how much time they spend working on getting extra lift from that body shape to make it more efficient too.

Wouldn't be surprised if those investors are really "investors". I can think of at least one Russian aviation industry company that's widely regarded as a front.

Heh. I've found more than one of those in the US.

I 've won the lottery I want to invest in Black Triangle aircraft...

posted on Feb, 11 2016 @ 10:59 AM
link
Would you buy tickets for a flight on an airline flying these? I wouldn't, I don't even like flying on Airbus jets, way more comfortable flight( something about A320s causes my ears to feel like they're exploding) on a Boeing, most preferable is an old MD..
edit on 11-2-2016 by Caughtlurking because: (no reason given)