Another Sperm Whale Preparing to Beach off Norfolk coast UK

posted on Feb, 9 2016 @ 08:01 AM
link
The whale has been spotted off the coast of Norfolk near where the latest beaching happened last week , the whale is reported to be 300-400 yards off shore and the fear is it too will beach shortly.
So far 30 sperm whales have washed ashore across Europe in 2016 which given as we're so early into the year is a worrying number and must hint at a problem affecting these animals , this is more than lost whales stranded in the North Sea.


Stephen Marsh, operations manager at the British Divers Marine Life Rescue, said: "At the moment the report from the coastguard is that the whale is still free-swimming.

"Because we're come up to spring tide, the waters may be a bit deeper but that can be a double-edged sword because you get very high tides and very low tides.
"If it does strand the story will be very similar to what we've had recently - the whale will have very little chance of relaunching and, if it does, its chances of survival will be very low."

The Cetacean Strandings Investigation Programme, which examines all whale, dolphin and porpoise strandings in the UK, is working to establish why the whales came ashore and how they died.
www.independent.co.uk...

Map of this years stranding locations provided by the Sea Watch Foundation. 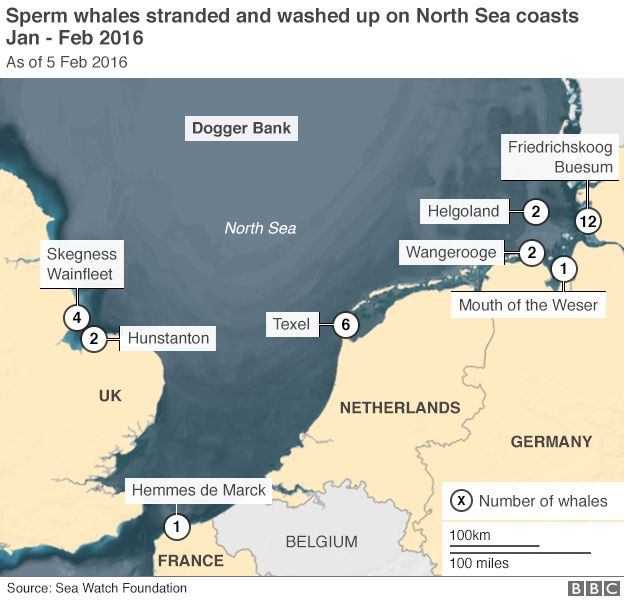 originally posted by: gortex
and must hint at a problem affecting these animals

Linked in the article you posted


The deaths of 30 sperm whales in the North Sea were probably due to them straying into shallow waters while hunting squid, a marine expert said. Six whales died after washing up on the east coast of England in Skegness and Hunstanton. The others were found beached in France, Germany and the Netherlands. Dr Peter Evans, director of the Sea Watch Foundation, dismissed suggestions man-made objects had affected the animals' ability to navigate.


He also dismissed speculation man-made objects such as wind turbines interfered with how the mammals navigate. "I can understand why people look for some human factor that may be causing these strandings, but there is certainly no evidence." "Whale strandings occurred as far back as the 16th Century," he added.

I'd be inclined to believe a marine expert


They say that's probably what has caused the beaching's but it isn't known yet if that is the case.

I'd be inclined to believe a marine expert


I'm more inclined to believe the results of post-mortem examinations of the bodies over the speculation of an expert , I'm hoping proper examinations will be carried out on the whales that have so far beached and investigations for hearing and brain damage from high powered sonar would be part of any tests carried out.


There is evidence that active sonar leads to beaching. On some occasions cetaceans have stranded shortly after military sonar was active in the area, suggesting a link.[9] Theories describing how sonar may cause whale deaths have also been advanced after necropsies found internal injuries in stranded cetaceans. In contrast, some who strand themselves due to seemingly natural causes are usually healthy prior to beaching:
en.wikipedia.org...

There may be a natural explanation to the latest beaching's but my feeling is the real reason is closer to home. 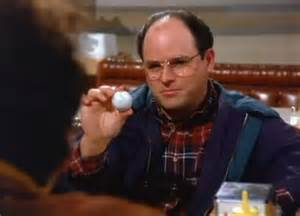 
There have been mass beaching incidents as far back as the 1500s. Sonar didn't cause those.
I'm not saying it doesn't effect the animals but it's definitely not the only cause.

After seeing that map I am leaning towards turbines.


There have been mass beaching incidents as far back as the 1500s.


There have but not at these levels , in 2010 the UK Cetacean Strandings Investigation Programme said they'd seen a 25% increase in reported strandings since it began keeping records 20 years ago.


The Donegal strandings have been connected to sonar technology used by the Royal Navy.
Sonar equipment has been the focus of investigations into whale and dolphin strandings for more than 10 years.
It is thought that the artificial sonar may interfere with the natural sonar sense of the animals causing them to be disoriented.

Sonar may also cause sudden pressure changes inside the animals' bodies leading to internal haemorrhaging.
Among the most notable incidents involving sonar was the stranding of a large number of beaked whales on beaches in the Canaries following Nato naval exercises in 2002.
And the US navy was accused of culpability in the deaths of 17 beaked whales which died in the Bahamas following a sonar exercise.
www.bbc.co.uk...

a reply to: and14263
I agree and think turbines could well be a contributing factor adding more noise to the waters , these animals rely on their hearing as much as we rely on sight so the more noise we add the more problems we create.

originally posted by: gortexI'm more inclined to believe the results of post-mortem examinations of the bodies over the speculation of an expert

Out of curiosity, what would that reveal that would make it impossible for them to be chasing squid?

The effects of Super Sonar on marine life is known and documented , an autopsy could find evidence like damaged eardrums and hemorrhaging , whales can also suffer from the bends if they are startled by sonar and surface too quickly when at depth so raised levels of nitrogen could also be an indication.
I didn't say it's impossible for them to be chasing squid but for me that's an easy go to answer , all avenues should be explored.

Just to go along with your theory, what sonar exercise was done just prior to this event?

Depends what ships or submarines were in the area at the time , neither I nor you know that information or have any way to find out.
An autopsy on the dead whales could either confirm sonar damage or rule it out , it's the only way to know one way or the other.