Flea: Why I Support Bernie Sanders

"The concept of a president in this country who is not beholden to corporate lobbyists is such a beautiful idea," Red Hot Chili Peppers bassist says

I first learned about Bernie Sanders through a teacher of mine who lived in Vermont. He was telling me that the state, in most categories, has the highest standard of life in the United States in terms of employment, education, health care and all the things that you measure a standard of life by. He told me about Bernie and how much he admired him, so he's been on my radar for a while.

I don't agree with Bernie on everything but why he has my support is the simple fact he's not some Banker, Big Oil, Corporate lackey. This is why Sanders and Trump are so popular, people are done with bought and paid for politicians. Getting rid of these politicians is the glue that binds us, and politics that end up separating us.

Trump. Not bought, that we know of, so he won't be anyone's puppet. Makes sense, a man with as much pride as he has would never want to be such a thing. But, if he takes office does he have any plans to tackle Wall Street and white collar crimes? I'm sick of reading about white collar CEO's not being arrested when they commit a crime so big their company is fined 5 billion dollars. I'm tired of Banks paying fines for their crimes and continue to break the law. Uncle Sam gotta get his too!

Bernie on the other hand, he's going after all of them and if you want change in this country and you're tired of the corruption then Bernie is the only one talking about it fighting it.

So what's it gonna be? A wall, ban on Muslims, or finally a politician looking to actually fight corruption?

Trump. Not bought, that we know of


You say the same for Sanders.

But what happens when they wake up one morning to find a team of enforcers standing at the foot of the bed telling them how its going to be?

posted on Feb, 5 2016 @ 04:30 PM
link
Just over 5 yrs since scotus gave us their Citizen United Decision, we have Sen. Sanders running for president!

There's no such thing as coincidence!

Well, we can play the what if game all day but I prefer reality and Sanders is the only one wanting to fight corruption. So he has my vote for that reason alone.

Everyone here complains about the gov't, how corrupt it is but when you have your chance to do something about it, will you?

Does fighting corruption within the gov't and Big Biz do anything for you?

He says that will be on his priority list when he takes office. What's nice is, I actually believe Sanders and his campaign promises. Aren't we all sick and tired of hearing these politicians campaign they're gonna do this, and they're gonna do that, but end up doing mostly nothing.

Obama's Hope and Change comes to mind... most transparent gov't my ***

Only if he does it naked. 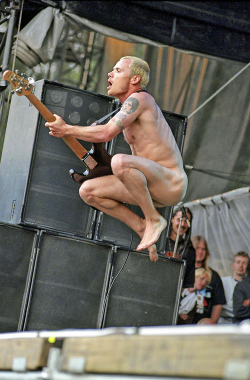 Sure made up my mind for me! I know who I need to vote for now! I've always been leery of ANY politician making promises on the campaign trail.

Bernie! You can count on my vote! The celebs have your back! Just like they had Obama's! So it MUST be true!

originally posted by: Swills
a reply to: VoidHawk

Well, we can play the what if game all day but I prefer reality and Sanders is the only one wanting to fight corruption. So he has my vote for that reason alone.

Everyone here complains about the gov't, how corrupt it is but when you have your chance to do something about it, will you?


I'm not judging them, but I do think what I said is a reality. T-POWERS-TB are far more powerful than either of these two. If either of them win, they will do as they are told, or else!

Obummers Hope got lost in congress and Goldman $achs and friends, got a lot more than just a little change!
edit on 5-2-2016 by AlaskanDad because: add in congress / typos

Flea for Attorney General under a Sander's administration!

Ironically, this thread isn't about Flea. He was just the intro into a conversation about fighting political and white collar corruption.

Pocket change is what bought him and gave us the same old, same old.

originally posted by: Swills
a reply to: NthOther

Does fighting corruption within the gov't and Big Biz do anything for you?

No if he isn't equally dedicated to fighting it inside government, but since what he proposes will grow government rather than shrink, there is no getting rid of the corruption.

He wants government to have more power, and power corrupts. We're all sick of corrupt politicians as much as every other corrupt person.

PS: If he isn't talking about corrupt government, he should be. He's been central to it for 30 years. You can't tell me he hasn't seen it, and if he says it's all businesses' fault, then he's lying. It takes two to tango.
edit on 5-2-2016 by ketsuko because: (no reason given)

I am hoping Bernie will begin to address coming down hard on corruption. It's probably something to use late in the campaign so that when TPTB kill him off he will be even more of a martyr.

My wallet says "let's see that wall and moratorium on Muslim entry into the US, please." My brain says "Wallet makes sense, roll with it!"