19.6 Trillion Dollars in Tax Increases...Can you feel the "Bern" now?

page: 1
34
<<   2  3  4 >>
log in
join
share:
matafuchs
+12 more
posted on Jan, 19 2016 @ 09:21 AM
link
Yes folks, you are reading that correctly. 19.6 Trillion Dollars in Taxes in the next decade are proposed by Mr Sanders to 'pay' for his agenda. He is not dicussing how to balance the budget but how he will try to rob from the rich to give away free things. Free Healthcare(but you and your employer are taxed) and free college tuition and so on and so on. Socialism for ALL!!!!

Taken together, Sanders is proposing $19.6 trillion in new taxes over a decade, according to an analysis by the Washington Examiner, of which $14 trillion would come from his healthcare plan alone. To put that in perspective, the Congressional Budget Office projects that federal revenues over the next 10 years will be a total of $41.6 trillion, meaning that Sanders would raise taxes by 47 percent over current levels

The main part of this idea is a 'tax' for businesses that would be used to 'partially' pay for his Medicare based Single payer health coverage. There is also a tax to use the worker. He is also for ending tax breaks on those same employers who provide healthcare...uh...what?

Hey, he also wants to raise the FSOC limit so we can pay MORE taxes....oh, and another tax to finance mandatory family leave. HE wants to tax oil companies at a time when gas is about a buck also.

First it was just leaving you change from your paycheck...now it is going to Bern a hole in it and nothing will be left. 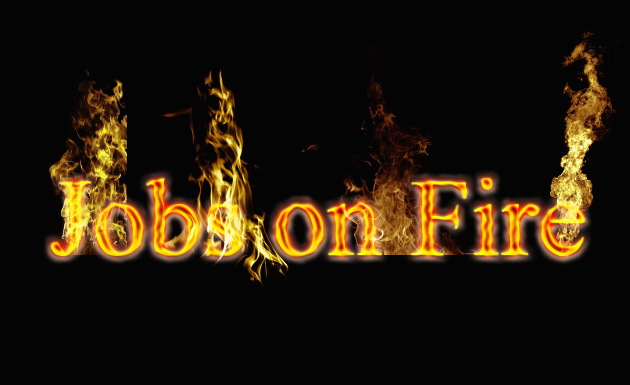 I can feel it.

I'd be curious to see the breakdown of that $20 trillion (if there is one). I know that little tweaks to things like increasing the income cap that SS tax is applied to, as well as continuing to increase the retirement age can have huge postive financial impacts.

Maybe he's planning on lots of little changes like that. Unfortunately, if his programs are ran by the government, I'm sure there will be bloat and mismanagement and the expected costs will likely be underestimated.

eXia7
+12 more
posted on Jan, 19 2016 @ 09:34 AM
link
I think this country has dealt with enough socialism for 8 years. Its time for lazy people to get back to work, or use their brains for more than scrolling an iphone screen.


Just say no to socialism.

go to work where exactly?

Your country, and your countrymen would not know socialism if it jumped up and kicked them in the throat.

Even your political left is right wing when compared to genuine socialist ideals and policy. If "The Bern" were a socialist, he would be insisting that healthcare be free at the point of issue, and paid for via taxation, like a sensible nation might do. Of course, the US is so incredibly right wing, that even what passes for the left there cannot get such a measure passed.

I would throw the most leftist of your politicians out of any socialist organisation in my country. And before anyone gets down my neck, talking about how different our nations are... Let's get something straight. Just because some nations do not understand terminology correctly, does not change the meaning of that terminology. Since the left and right paradigm was invented in, and codified in Europe, no one over the other side of the damned pond has any business redrawing the lines in the sand which define the two opposing sides. And take it from someone who lives in the EU... You haven't any socialism now, you never have had.

Sanders is suggesting that it be free...he wants the taxpayer AND the employer to pay for it all. That is the point with him. Obama was what you would call a Progressive but his policies were not overtly socialism. Close, but no cigar.

Won't you feel better helping others with your money?

Why are you so greedy in wanting to keep what you earned?

Everyone else is "entitled" to what you have, so cough it up, champ.

I can feel it.


There are a lot of little details that could reduce that number dramatically or it could even increase a little. My question is what are the other candidates plans?

ETA: I meant to reply to the thread, but also wanted to add that our other choice to spend money is bombing other countries for corporate interests. Think I'd rather pay for a healthcare plan that works for all, not just some.

To the person who said people need to just get a job. There is abuse of the system, but there are plenty of Americans working full-time that still can't afford insurance through the ACA. So again, who has a better plan I can review?
edit on 19-1-2016 by amicktd because: (no reason given)

That's right. Tax the money makers and then when it comes to the middle class, tax us "just a little bit more."

And people eat it up. What a joke.

There are a lot of little details that could reduce that number dramatically or it could even increase a little. My question is what are the other candidates plans?

Crickets are better than locusts.

This sounds like the same one sided argument I hear coming from Hillary when she attacks Sanders saying he'll raise taxes on middle-income Americans, without one mention of how much they'll actually be saving because he'll also eliminate their private healthcare insurance premiums and deductibles.

If we're currently spending 1.3 trillion annually on healthcare through our private insurers, (while leaving 20 million uninsured) that's 13 trillion over ten years that we won't be spending under Bernie's plan right there.

Not to mention, Bernie's plan will cover everyone.

Yeah, some loopholes will go away and some taxes will go up under Bernie's plan but IMO, to only mention the increases without any considerations of savings in other areas, is disingenuous to say the least.

Is he starting a national health service? An entirely state run hospital system, removing corporate interest from hospitals and installing civil service members in their place, is he intent on employing doctors and nurses on the national pay roll, rather than allowing private organisations to run such places? No? Didn't think so.

A nationalised health service, where only supplies are provided by corporations, and all the doctors, nurses, and administration are employed by the government would be socialism.

Heh...the US has an awfully long way to go before they get that right.

originally posted by: Brotherman
a reply to: eXia7

go to work where exactly?

Think outside the box.

And yes, I did see your video from the other thread, and agree with that video. But there are still ways.
edit on 1/19/2016 by eXia7 because: (no reason given)

Small businesses can't afford any more taxes. We're taxed to death as it is.

Small businesses can't afford any more taxes. We're taxed to death as it is.

More taxation does not solve problems, it just stifles growth... i mean look around you now.

The problem with Margret Thatcher is that she devalued other peoples money, raped our unions, and destroyed our economy, not to mention stealing milk out of the mouths of children.

I would rather have a little socialism than an arch she bitch from hell. Unfortunately, we got the axe faced cow we got. We do not have to like it.

As much as I like Bernie, this is where the whole thing just falls down isn't it?

There's no way, Congress or the American people would ever approve that much new spending.

It's just a no go. Do not collect 200$, go straight to lame duck presidency. The Clinton Campaign is going to have a field day with those stats.