We Are On The Verge of Interstellar Flight...

Think we may need to work out what negative energy/matter is all about before even attempting to build such a device. Never mind achieve the technology to produce meta materials that are still only a pipe dream.

Ether that or our scientific community and military industrial complex are down right lying to us.

Glad you got that off your chest. 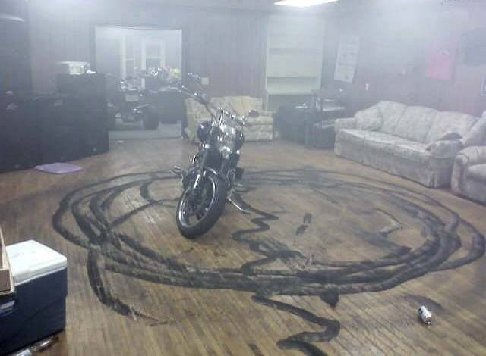 originally posted by: Indigent
April 1961 first man on space, July 1969 first man on the moon, 47 years latter nothing much really.
)

I think those 47 years were about taking the gung ho out that was Apollo, and being more studious about the whole aspect of space travel, the Russians, Apollo and Gemini guys were without doubt, something else, and without equal, while some of the current technical achievements are really marvellous. Credit where credit is due.

originally posted by: onequestion
So before we get there how do we feed everyone first?

Marshal Space centre works on that, has been for decades,

Consider the fact that a significant amount of people living a couple of hundred years ago lived out there life without ever leaving the town or village they were born in. That kind of proves the notion that we could indeed endure such a an extended trip provided the ship was big enough and had enough distractions to keep the occupants entertained. Not suggesting it would not require persons of a specific temperament through.

I suggest turning asteroids into interstellar ships. You could pack everything you need in and on an asteroid and if Iron could provide some nice protection.

Great post Slayer! I was thinking about this recently. I believe our destiny is among the stars.
However is our current hardware(brain) capable of that?
We are basically running on a few thousand year old fight or flight hardware. Great for being chased by a lion.
Probably not so good hurdling through the stars in a closed environment for long periods.
Our current astronauts seem to do well in low earth orbit.
But what will happen to us when we venture into the void?
Billions of miles from home staring into absolute darkness. Who knows what kind of effect that would have on the human psyche.

Reavers from the firefly series comes to mind here.


Reavers are believed by most of the 'verse to be men that went insane at the edge of space and became savage. They stared into the void beyond and became what they saw: nothing. They gave into their primal nature and all that was civilized was discarded.

Did it not turn out through that those Reavers from the Firefly series were a product of biological engineering in an attempt to subdue a population and things went arie?

originally posted by: pikestaff
Deep wisdom, I do hope the timeline gets shorter, I would like to see people on Mars before I die.

You should see people on Mars in around 10 years from now. There is a Mars mission planned for 2025 or so. However, reaching another star system is a bigger feat. There is an initiative being planned by private businesses to have interstellar travel in the next 100 years.

Harold G. "Sonny" White is a mechanical engineer, aerospace engineer and applied physicist who is the Advanced Propulsion Team Lead for the NASA Engineering Directorate and is known for proposing new Alcubierre drive concepts and promoting advanced propulsion projects, under development at the NASA Johnson Space Center, including the first practical experiment to test the existence of Alcubierre drive effects.

White attracted the attention of the press when he began presenting his ideas at space conventions and publishing proposals for Alcubierre drive concepts. In 2011, he released a paper titled Warp Field Mechanics 101 that outlined an updated concept of Miguel Alcubierre's faster-than-light propulsion concept, including methods to prove the feasibility of the project. Alcubierre's concept had been considered infeasible because it required far more power than any viable energy source could produce. White re-calculated the Alcubierre concept and proposed that if the warp bubble around a spacecraft were shaped like a torus, it would be much more energy efficient and make the concept feasible. White has stated that "warp travel" has not yet seen a "Chicago Pile-1" experiment, a reference to the very first nuclear reactor, the breakthrough demonstration that paved the way for nuclear power.[4][5][6]

Measurements of the EmDrive experimental engine with this interferometer have been taken to suggest that Faster-Than-Light space travel might be a possibility. [8] (Interferometer experiment with an EmDrive).

With those priorities we don't deserve to visit other worlds...Sad, but true.

we need to change our thinking as a species.

Yes, I've read that. Thanks for posting the links and videos. I've always been fascinated by the topic, where we are and how close so it seems year by year to eventually take flight.


We Are On The Verge of Interstellar Flight... 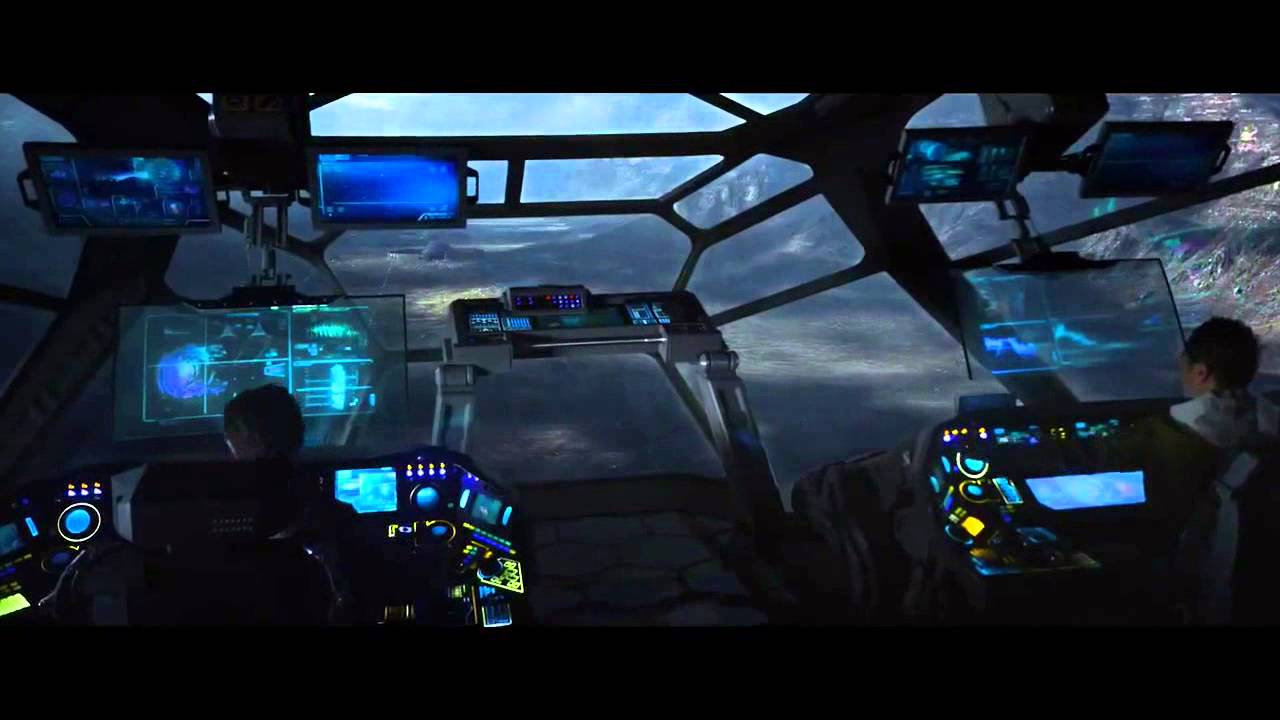 Hey Slayer
So first off, good threat. love me some space stuff.

I enjoy reading futurist stuff from early last century, the "by the year 2000" stuff people used to write in like 1910, totally amazing predictions that were 4 parts absurd, 1 part visionary. "We wont wear clothes, instead, we will all be wearing wisps of colored smoke which can let us float up, we will wake up in paris, wisk away for coffee in a cafe on venus, then go to mars for a dinner party where everyone eats just a small pill that has everything we need for an entire day"

I think we fall into the absurd with desire and ironically aim so low with science.
I dont believe anytime soon we will be visiting other planets, the science simply doesnt support it, not even a fringe hypothetical. Science seems to be pointing of how in fact we wont be visiting other star systems unfortunately, at least not in a single lifetime.
Now, down the line, once we have a space elevator going and have some really amazing new energy sources we can create some very sizeable space stations that can drift to a new system over many generations, but I suspect we are easily hundreds if not thousands of years away from that event.

What I do see happening soon however, within a couple hundred years, is space stations so large that entire cities and perhaps even nations can fit safely. giant station tunnels with great land masses and their own weather systems, spinning and drifting near earth in geo orbit as population density increases more and more forcing us to go both down and up. I see huge mining vessels around the rings of Saturn creating giant stations, huge energy capture devices, and even dyson arrays...all this will happen long before we take off on the journey to the next star system..we will need to have backup plans should we go and find planets totally uninhabitable..and that means space stations that can house millions easily and grow food / recycle water, etc..a flying ecosystem.

I personally would like heavy research done in cryogenic suspension and nanotech so we can eliminate death once and for all. Once that happens, then the push to other stars will be a requirement for our species continued existence.

posted on Jan, 18 2016 @ 05:00 PM
link
Sounds great, until other advanced beings from other worlds discover it and conclude we will become an interstellar threat. Perhaps they know us better than we know ourselves?

BOOM!... No more earth, no more humans. The galaxy is safe.

posted on Jan, 18 2016 @ 05:07 PM
link
Personally, I do concur that our natures and our cognitive abilities - assuming we aren't wiped out first - will propel us toward achieving interstellar travel (and much more) in due course.

That said, just to play the devil's advocate...

Just as the span of time between now and when that day will come is beyond that of a single current human life span, yet can be thought of as fleetingly brief in cosmological terms, the amount of time homo sapiens has walked this planet is likewise momentary. It may well be that while the pattern has always been one of advancement, we could go in the opposite direction, or sideways, for any number of reasons.

Just because the pattern to date is one of us overcoming obstacles does not necessarily mean there are no obstacles we can't overtake. And if there are, it's conceivable this could very well be one of them. Moreover, what if the current pace of technological development doesn't remain either constant or exponential as many imagine it will? What it backslides, or slows so much that we cannot escape this solar system before it's too late.

And of course the big fear - suppose we are taken out by our own technological evolution itself. Or by a natural disaster we simply can't survive or recover from. It stands to reason that if intelligent interstellar species are out there... there are probably also many which don't make it. What if we're one of those?

That all having been said, I do believe we will make it to the stars. Because we have to. And because our survival instinct and technological prowess will in time demand it of us.

"Of that I have absolutely no doubt." (Well, maybe a LITTLE in my case lol.)

Einstein's theoriess are a stepping stone, not an end. The universe does not waste space and with thousands of exo-planets discovered in recent years, no doubt there is other life and habitable worlds out there. They hang as a prize for any intelligent species that manages to get their sh&^ together before blowing themselves up.

Bottom line is that we have two scenarios IMO to interstellar travel..

We advance and evolve to utilize faster than light space travel...this will take a century minimum.

An alien civilization chooses to share technology with us...
But honestly, when we are dedicating our current technology and resources to blowing up each-other depending on which pretend god you imagine?...What advanced civilization would want to empower us to spread? That is one possibility, that aliens avoid earth like the plague for fear of inadvertently encouraging or enabling us to spread beyond our home planet.

No alien wants to be patient zero in spreading the virus that is the human species..

I still instinctually feel that whether it is via ET arrival or our own advancement, the perquisite is a united Human race.

originally posted by: Rosinitiate
Not to be all off topic here, but where is the pictograph from? Southwest US, Chaco Canyon? Is that two pictures side by side? Or a single image?

Local guides there seem to believe the crescent moon, star and hand is depicting being witness to a supernova, yet that picture you posted with those three symbols exist at Chaco but it didn't have the white border and no other image and the adjacent wall.

Suddenly that throws theory of supernova into question.

It's at Chaco, I have been their, it's on the ceiling of an overhang.