posted on Jan, 18 2016 @ 12:47 AM
link
Just purchased a Factfair lombarginie 4.5kva military generator For a backup off grid power sourse.

I was querying my bro when he mentioned the Nato slave fitting on the control panel of the Genie There are two 110v and a single 240v power ponts plus the NATO slave fitting for most NATO military vehicles,

Anyways ill leave it to yous Guys with a higher IQ than most people I know to suss out if true or a wind up, 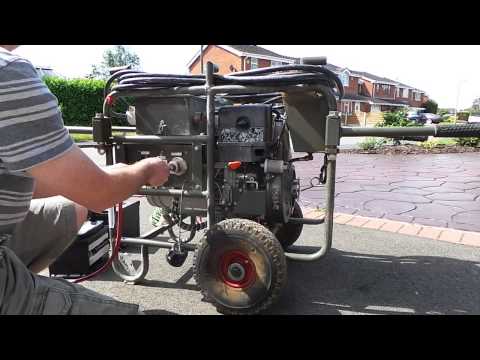 Generally referred to as "slave starting" in military parlance, the jump starting procedure has been simplified for military vehicles. Tactical vehicles used by NATO militaries possess 24-volt electrical systems and, in accordance with STANAG 4074, have standard slave receptacles for easy connection. A slave cable is plugged in to the receptacle on each vehicle, and the dead vehicle is started with the live vehicle's engine running.

It most likely was used as a ground power unit for helicopters. It supplied power so they didn't run the batteries down before starting the engines. We used to do that with aircraft because they had such a long preflight. If they didn't have an auxiliary power unit the batteries were used to start power flowing then we switched to external power.
edit on 1/18/2016 by Zaphod58 because: (no reason given)

if you dont mind me asking what did you pay for it ? I have only seen them come up a few times at Mil auctions.
thanks
snoopyuk

So quite expensive in the End Snoopy

But should last me a life time plus some,

An earl lume for the Kids if you like.
Worth its weight in Gold if and when everything goes Pear Shaped.