I found this in my normal news sites, and it did make me chuckle,

I use very similar camera's in my area of work, these aren't great for zooming in and keeping a decent image, they're not HD they're SD cameras, also why would you put them in a opaque box and limit their field of view to a window with markings across it. this would defeat the entire purpose of the camera itself, SCADA (supervisory control and data acquisition)

Some of the comments from other sites:

I worked for a city just outside of Austin, TX about 15 years ago when they had this system installed.
There's nothing sinister about it. It monitors public utilities in (mostly) remote locations. This allows for quick identification of any issues that need repair or attention to.

I don't trust government, but these guys, however, just committed a Federal No-No.

SCADA systems are used to control and monitor physical processes, examples of which are transmission of electricity. (Both of the units are taken down inside a electric transmission station) Curious that the "FBI" would be using an open an unsecured technology to "monitor" these nitwits since SCADA systems are easily hacked. These systems are used to monitor the electrical grid. Not for surveillance purposes. So these nitwits just left the electrical grid they're vandalizing vulnerable. Hey! Anyone want to take down part of the electric grin in Oregon? Well these nitwits just publicized it's vulnerability

What is the thoughts of my fellow ATS Members?

posted on Jan, 17 2016 @ 01:40 PM
link
Those Delta Bravos. Well, let's see how the Feds think about them defacing and disabling the Supervisory Control And Data Acquisition monitors.

For those of you unfamiliar, here is a tad bit about SCADA , now I believe it's time to shut down the party...

posted on Jan, 17 2016 @ 01:46 PM
link
If i wanted to plant covert monitoring assets i could do a much better job than that!
are they overreacting or paranoid about utility SCADA systems or are the "agency's" planting them
really that crap!

The Feds may and could use the critical Infrastructure Act and language therein to punish these aumb dasses... if it isn't the FAA, I am guessing the DHS..

Either way, I am discussted by the actions of these occupiers..

posted on Jan, 17 2016 @ 02:09 PM
link
These boys are racking up criminal charges faster than a crackhead on a killing spree. They'll be getting their butts surveilled alright for the next 3-5 years anr that's if they're lucky, all while they are sitting in their 5'x7' cubicle.

originally posted by: Kukri
These boys are racking up criminal charges faster than a crackhead on a killing spree. They'll be getting their butts surveilled alright for the next 3-5 years anr that's if they're lucky, all while they are sitting in their 5'x7' cubicle.

Well it certainly doesn't help them in any way.

posted on Jan, 17 2016 @ 02:15 PM
link
I believe they will call that an attack on the power grid and hence a terrorist act. These boys could get seriously smoked. All they had to do was smear some grease on the outside or bird dung. And even if it is DHS I can understand after the recent attacks in California on the fiber optic system and electrical transfer stations like these bone heads just attacked and gave their names to the press.

Not the sharpest knife in the drawer. The only thing those cameras would be good for is seeing something happening at the transmission station pretty much. I imagine the penalties could be pretty severe in this case. At least they will have paid a hefty price for a basic SCADA education lol!

I for one, would like to see them all do time. Now they are infringing on the Taxpayers rights. If one can serve time for 'stealing HBO and cable', these Bartholomew's are looking at a long time in orange clothing!

The actual surveillance footage can be found here -


So in this little act of terrorism, then clocked up a $4600 damages, before the fines start getting imposed

posted on Jan, 17 2016 @ 02:33 PM
link
Man these guys are idiots. They really need to find one not completely stupid or crazy person to lead them. I suppose that would be like herding cats though. I am almost ready to believe this entire group is a government plant to make militias look stupid. Because I find it hard to believe nobody in this group does not step up and say, hey how about we stop saying and doing stupid stuff? Well they certainly play to the stereotype of militias being a bunch of harmless idiots.

So in this little act of terrorism, then clocked up a $4600 damages, before the fines start getting imposed


According to the Oregorian newspaper, these guys showed up at a press briefing with a wicker basket full of cameras. Sounds like the removed every camera monitoring that utility station. Which would be more than just two in the utility box in that video.

The spectacle erupted just after occupiers arrived for a morning news briefing with a wicker basket full of surveillance cameras they removed Friday from a transformer station outside Burns. LaVoy Finicum, a spokeman for the occupiers, claimed the cameras had been installed by the FBI.

Not to mention grand theft. Not one in the bunch has any common sense as to the law. They are going to be made an example out of because if they don't there will be useless idiots disabling all kinds of expensive equipment. I didn't see the G-Force rating on those camera mechanical systems either. Nice drop! I used to install security cameras in banks, scifs, etc. and the pan and zoom gears was what usually failed in them. That was long ago.

First service call they sent me to a bank to test the bait clips. No one told me the 35mm film cameras were triggered by them. Major deal, FBI had to come out and I was taught to change the film in a double zippered black bag and had to give it to them. They had a hold up that morning and all had just been reloaded. I ran all of them out. There was a suspicion button that took a couple single photos of suspicious people and that is what the FBI wanted it for, but all they got was me going till to till testing the bait clips.

and to make it worse, they admitted to the camera's they will be doing it in more locations!!!

the main guys must live in tin foil hats

posted on Jan, 17 2016 @ 02:49 PM
link
If the cameras were to monitor electrical processes, why would they impede the view of the camera by putting the tape or whatever that is in front of the cameras? The video states that they were told that the cameras were recently put up and that's how they knew something was up. I don't have a problem with the feds putting up those cameras to monitor the activity of the militia, it's common sense really. Why is it that none of the posters on this thread can acknowledge that that's what they are doing?

posted on Jan, 17 2016 @ 02:49 PM
link
Very clever move, messing around with cameras without covering their faces, while filming and posting it.

and to make it worse, they admitted to the camera's they will be doing it in more locations!!!

the main guys must live in tin foil hats

In the video you can clearly see the cameras focused on the transformer station. Could he really be that clueless? Perhaps.

Exact thing i thought, would have been alot more civilized if they slap some of this up 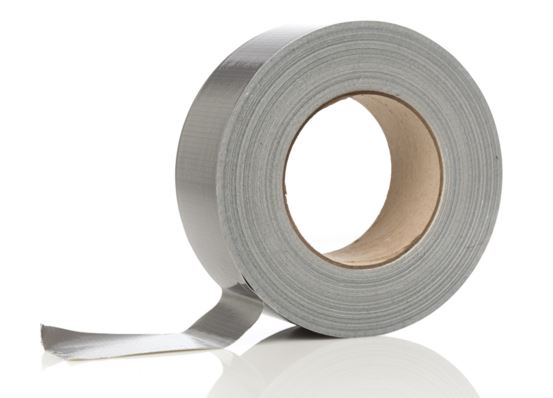 You do post a interesting idea...... and in affect, did they work,