If you could recommend just ONE book or book series...

posted on Jan, 15 2016 @ 05:41 PM
link
One of my New Years revolutions is to read more. No, NOT more internet arguments. BOOKS. Life-changing, awe-inspiring, paradigm-shifting, soul-affirming BOOKS.

So, ATS - knowledgeable, curious, alternative minded, deep thinking, discerning humans that you are - if you had to recommend just one book or one book series, what would it be?

I went back to basics. Right now I'm reading all of Jane Austen. I thought I might get bored but, as I'm older than the last time I read them all, I'm finding that I'm getting more or different ideas/feelings/opinions out of them. Also, it fascinates me that a collection of books, essentially about manners, from the 19th century, could still be so relevant today. Why I wonder?

Next up Orwell and Huxley. Again, many years later.

After that, not sure, so....what do you think ATS?

posted on Jan, 15 2016 @ 05:51 PM
link
a reply to: kosmicjack
You don't need to be told "Dickens", because everybody says that.
Staying in the same century, i'm going to suggest the books of George Borrow, starting with Lavengro. This is the autobiography of a fascinating travelling life, involving acquaintance with Gypsies, but the real interest comes from the fact that he is a master of dialogue. The conversation between his friend and himself about "the wind on the heath" is often quoted.

posted on Jan, 15 2016 @ 05:51 PM
link
A Prayer for Owen Meaney by John Irving. A story of friendship, hardship and a superb and unexpected ending. It made me cry but also made me laugh out loud. Owen Meaney is small in statue and whenevwr he speaks in the book the letters are in caps to emphasise his strange voice. Really worth reading. I loved it.

I refer to this book personally a few times each year. I first got it in 1994. I have lent it out a few times over the years and it has a wealth of information in all things conspiracy. I'd say it is the single best book to give someone if they are at all interested in conspiracies, UFO's, NWO, Illuminati etc.

I'd also say it is my favourite and if I could keep just one, it would be this one. 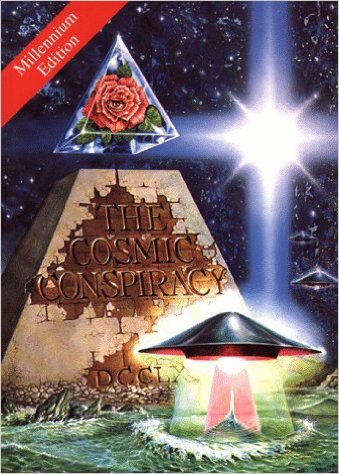 posted on Jan, 15 2016 @ 05:54 PM
link
a reply to: kosmicjack
If you like alternative history stuff, I'd suggest the Ring of Fire series by Eric Flint. In the series, a small town in West Virginia is surrounded by a ring of fire (some sort of alien art) and is transported back to 1632 Germany during the hundred years war, while the land their town replaced is put in it's place. Now, the townsfolk find themselves in the midst of a horrific war. Will they be able to survive with their modern (year 2000+) weapons and machinery? Read and find out. Interesting note on the books: Many of the characters are actual historical figures. The books are well worth the read. You will not be sorry.

Aaargh, it's too hard to pick just one!

Have you read Black Narcissus or Kingfishers Catch Fire? (Rumer Godden). The imagery in those books is beautiful. Or Brighton Rock? (Graham Greene). They would be my top recommendations today, but it'll change tomorrow.

It IS so hard to pick one. But that's what makes THE one so special.

posted on Jan, 15 2016 @ 06:01 PM
link
a reply to: kosmicjack
Knowing the people here at ATS you'll have a list big enough to make your head spin before too long. I've noticed that people are very well read here.

Joe Bonham, a young American soldier serving in World War I, awakens in a hospital bed after being caught in the blast of an exploding artillery shell. He gradually realizes that he has lost his arms, legs, and all of his face (including his eyes, ears, teeth, and tongue), but that his mind functions perfectly, leaving him a prisoner in his own body.

Joe attempts suicide by suffocation, but finds that he had been given a tracheotomy which he can neither remove nor control. At first Joe wishes to die, but later decides that he desires to be placed in a glass box and toured around the country in order to show others the true horrors of war. Joe successfully communicates these desires with military officials by banging his head on his pillow in Morse code. However, he realizes that neither desire will be granted, and it is implied that he will live the rest of his natural life in his condition.

As Joe drifts between reality and fantasy, he remembers his old life with his family and girlfriend, and reflects upon the myths and realities of war.

It is a very powerful book in my opinion that asks some hard questions regarding personal sacrifices to promote someone else's agenda.

If you like sci-fi, Heinlein's Stranger in a Strange Land is great. I get the impression that you might enjoy it.

Asimov has some great ideas (like The Foundation) but, his writing is so bad that I wouldn't recommend him.

I don't want to just throw a giant list at you, certainly not any economics treatises.

originally posted by: 02bmw76
I recommend "Johnny got his gun" by Dalton Trumbo. I would say it is a must read that reaches too few these days.

posted on Jan, 15 2016 @ 06:11 PM
link
For the ONE book I would reccommend to someone else, The Alchemist by Paulo Coelho. My person all time favourite is Lord Valentines Castle by Robert Silverberg.

For series, either Little House on the Prarie, only so you can, after reading the main series, read, The First Four Years, and Laura Ingalls Wilders biography. The tone and pace of The First Four Years is wildly different from the original books about Laura's childhood due to the lack of editing and stripping. The contrast between the "accepted fiction" in the books and Laura Ingalls Wilders real life single handedly brought me to the realization that history probably went much deeper than anything properly documented. It was an awakening of sorts.

I second this - one of my all time favorite! BIG john irving fan, also loved Hotel New Hampshire and Cider House Rules.

I read dune for the first time recently which I really enjoyed.

also, The First Fifteen Lives of Harry August, by Claire North ( who was only 28 when she wrote the book) I LOVED!

You might try the Prey series by John Sandford. It's about a hard nosed detective named Lucas Davenport that always gets assigned the tough cases. Then there's the Kidd series by the same author. It's about a computer hacker. The Virgil Flowers series is another crime series. Virgil actually started off in the Prey series. All are good series.

Next up, if you like X Files type stuff would be the Repairman Jack series by F. Paul Wilson. It follows the exploits of an urban mercenary who finds himself over his head in an epic battle between two cosmic forces. The series includes The Adversary Cycle and various short stories. Also, Young Repairman Jack (teen novels) where he's a kid. All are very good.

Robert McCammon has a series called the Matthew Corbett series. It takes place in 1700s America (well the colonies, anyway). They involve a man who worked for the church trying witches and gets involved with solving mysteries. That one is also very good.

I was not aware it was available in free pdf online.

Other top contenders for me would be Glasshouse by Charles Stross and I have a special fondness for CS Lewis, Chronicles of Narnia as being my introduction to fantasy.