posted on Jan, 15 2016 @ 03:05 PM
link
After Sierra Nevada Corporation's shuttle-like spaceplane originally lost out to SpaceX and Orbital Sciences Corporation as contractors for Space Station resupply missions, their "Dream Chaser" spaceplane is back in the mix -- at least an unmanned version.

A shuttle will soar again from American soil before this decade is out, following NASA’s announcement today (Jan 14) that an unmanned version of the Dream Chaser spaceplane was among the trio of US awardees winning commercial contracts to ship essential cargo to the International Space Station (ISS) starting in 2019.

In addition to the Dream Chaser mini-shuttle built by Sierra Nevada Corporation of Sparks, Nevada, NASA decided to retain both of the current ISS commercial cargo vehicle providers, namely the Cygnus from Orbital ATK of Dulles, Virginia and the cargo Dragon from SpaceX of Hawthorne, California. 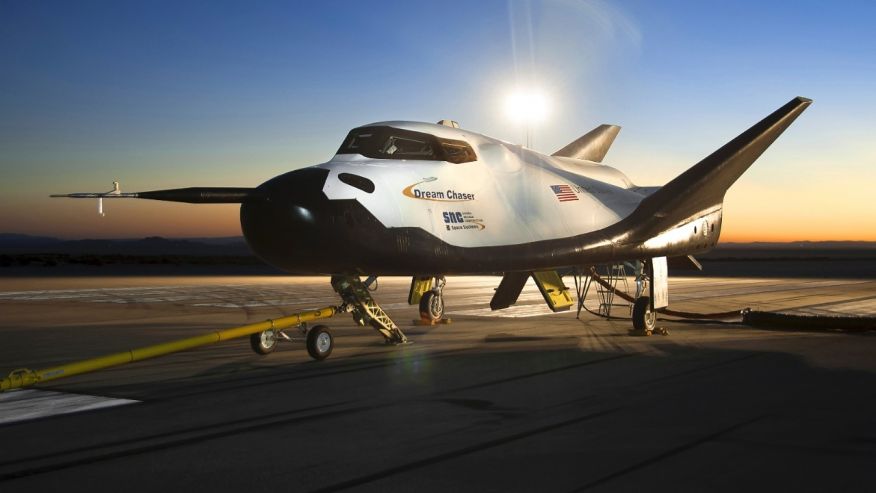 That is so cool! Why does an unmanned ship require windows?

Because they planned a manned version of it initially.

originally posted by: BlueJacket
a reply to: Soylent Green Is People

That is so cool! Why does an unmanned ship require windows?

I will edit my post above in order to avoid any confusion.

NASA has given out contracts for crew transportation services, but those were given to SpaceX and Boeing. Sierra Nevada competed for the crew transportation services contract with their crew-version of the Dream Chaser, but lost. Both Boeing and SpaceX are still in the testing phases for their crew-rated versions of their vehicles. Boeing is hoping for a manned test flight next year with their CST-100, and SpaceX is hoping to have a test flight of a crew version of their Dragon spacecraft by the end of next year. SpaceX already has sent cargo-only unmanned versions of their Dragon spacecraft to the ISS.

originally posted by: Zaphod58
a reply to: BlueJacket

Because they planned a manned version of it initially.

i am pretty sure that just because they are doing unmanned missions first does not mean that they have given up on a manned program. plus getting man rated takes demonstrating reliability unmanned first.

No, they haven't, but the manned priority has dropped somewhat with the deselection by NASA. It's still there, but it's a back burner thing now.

posted on Jan, 15 2016 @ 10:38 PM
link
It does; but with the new ceramic manufacturing technique just announced in the news we may see a return of even bigger shuttle type craft.