originally posted by: Telepathy3
a reply to: hellobruce

Did you actually listen to what he said?
"There is no sign of any plane that crashed near the Pentagon, the only site is the building"

That was in response to a claim that the plane landed short! The reporter then mentioned the pieces of the plane on the ground. The video only goes for 58 seconds, but you did not even bother to watch it!

I'm not gonna look up other things for you.

Because you are unable to!

If you think 4 out of 8 is logical then your unaware of what they are or how much of an anomaly that is.

Not unusual, there is even a wiki page on them!
en.wikipedia.org...


Like I just said, the alleged terrorist could barely fly a single engine sesna while with oversight.

You do not even realise they were qualified commercial pilots!

originally posted by: ChaoticOrder
I would argue Saddam was unfairly portrayed as a monster the same way as Assad. They were both accused of trying to build nukes or using chemical weapons but there's never been any proof.

but for some reason you want to ignore the facts!

The reporter flat out said there's no large pieces of a plane anywhere, lol stop trying to spin everything in your direction.

I'll say for the third time in a row, the terrorist could bare fly a small single engine plane.

And now your resorting to a Wikipedia page to justify the fact that half of the planes black boxes disappeared? You just lost any argument you had left.


originally posted by: ChaoticOrder
I would argue Saddam was unfairly portrayed as a monster the same way as Assad. They were both accused of trying to build nukes or using chemical weapons but there's never been any proof.

but for some reason you want to ignore the facts!

I'm not ignoring any facts, although my statement wasn't worded very well. With Hussein it was claims of nuclear weapons, which were never found. The wiki page you link to clearly says that Iraq never built a nuclear bomb. Just because they are enriching uranium doesn't mean they are aiming for nuclear weapons. It's the same deal with Iran, the Western world is constantly attacking them for their enrichment program even though they've consistently shown they aren't refining it to the degree necessary to create nuclear weapons and UN inspectors have never found any indication they are attempting to build nukes. All the UN inspections on Iraq back then also failed to provide any solid evidence of Iraq building nukes.

From the Iraq WMD wiki page you linked:

In January 2003, United Nations weapons inspectors reported that they had found no indication that Iraq possessed nuclear weapons or an active program. Some former UNSCOM inspectors disagree about whether the United States could know for certain whether or not Iraq had renewed production of weapons of mass destruction. Robert Gallucci said, "If Iraq had [uranium or plutonium], a fair assessment would be they could fabricate a nuclear weapon, and there's no reason for us to assume we'd find out if they had." Similarly, former inspector Jonathan Tucker said, "Nobody really knows what Iraq has. You really can't tell from a satellite image what's going on inside a factory."

Sure they found stockpiles of chemical weapons in Iraq but he didn't attack his own people like Assad is claimed to have done, he used those chemical weapons in periods of war, and he was even supported by the Western world in his actions. Again this is from the wiki page you linked:

The United States exported support for Iraq during the Iran–Iraq war over $500 million worth of dual use exports to Iraq that were approved by the Commerce department. Among them were advanced computers, some of which were used in Iraq's nuclear program.[23] The non-profit American Type Culture Collection and the Centers for Disease Control sold or sent biological samples of anthrax, West Nile virus and botulism to Iraq up until 1989, which Iraq claimed it needed for medical research. A number of these materials were used for Iraq's biological weapons research program, while others were used for vaccine development.[24] For example, the Iraqi military settled on the American Type Culture Collection strain 14578 as the exclusive anthrax strain for use as a biological weapon, according to Charles Duelfer.[25]

In the late 1980s, the British government secretly gave the arms company Matrix Churchill permission to supply parts for Saddam Hussein's weapons program, while British Industry supplied Gerald Bull as he developed the Iraqi supergun. In March 1990, a case of nuclear triggers bound for Iraq were seized at Heathrow Airport. The Scott Report uncovered much of the secrecy that had surrounded the Arms-to-Iraq affair when it became known.[26] The British government also financed a chlorine factory that was intended to be used for manufacturing mustard gas.[27]

Next up lets look at Syria and the claim that Assad gassed his own citizens, because that is used as the main justification for toppling the Assad regime and supporting the rebels. First I should point out I've already written a thread on this topic called Understanding the situation with Syria, ISIS, and Turkey but I will reiterate the key points here. That wiki page about chemical gas use in Syria doesn't state the attacks were carried out by Assad, it provides a list of reports which investigated the attacks and the conclusions differ. For example your wiki page contains a report saying that the rebels most likely carried out the chemical attack:

Vitaly Churkin, Russia's ambassador to the UN, said that its Syrian ally had asked Russian experts to look into the Khan al-Assal attack. A Russian team investigated the Khan al-Asal incident on 19 March 2013.[13] The Russian UN ambassador Vitaly Churkin delivered a report with analysis of the samples taken at the site to the UN Secretary General Ban Ki-moon on 9 July 2013.[13] Churkin said the chemical agent was carried by a "Bashair-3 unguided projectile", which was produced by the Basha'ir al-Nasr Brigade, a rebel group affiliated with the Free Syrian Army.[59]

And that isn't the only report which came to that conclusion. If you do some research you will find many different organizations have done their research and found the rebels to be the most likely culprit:

Russia Says It Was the Syrian Rebels Who Used Chemical Weapons

They were both accused of trying to build nukes or using chemical weapons but there's never been any proof.


Not counting , of course , all the chemical weapons that Hussein used against the Kurds. But , there again, all the pictures of the aftermath on every single world event magazine and news agencies front page was just staged.

Not counting , of course , all the chemical weapons that Hussein used against the Kurds. But , there again, all the pictures of the aftermath on every single world event magazine and news agencies front page was just staged.


I'm guessing you didn't read my last post where I clarified my statement. Also you seem to be totally ignoring the fact that the U.S. and British government both supported Iraq, providing them with not only chemical weapons, but taget zones where those chemicals weapons would be most effective. Don't underestimate the lengths the U.S. will go to in order to hurt Iran. Here's a few more brilliant snippets from the Iraq WMD wiki page hellobruce linked to:

The Washington Post reported that in 1984 the CIA secretly started providing intelligence to the Iraqi army during the Iran-Iraq War. This included information to target chemical weapons strikes. The same year it was confirmed beyond doubt by European doctors and UN expert missions that Iraq was employing chemical weapons against the Iranians.[33] Most of these occurred during the Iran–Iraq War, but WMDs were used at least once to crush the popular uprisings against Kurds in 1991.[20] Chemical weapons were used extensively, with more than 100,000 Iranian soldiers as victims of Saddam Hussein's chemical weapons during the eight-year war with Iraq,[34] Iran today is the world's second-most afflicted country by weapons of mass destruction, only after Japan.


What exactly are you talking about? Obama strongly supported the rebels after the attack took place. In early 2013 the White House officially announced it will give military aid to Syria rebels. All Western nations are aligned in their delusional effort to take down the Assad regime.
edit on 15/1/2016 by ChaoticOrder because: (no reason given) 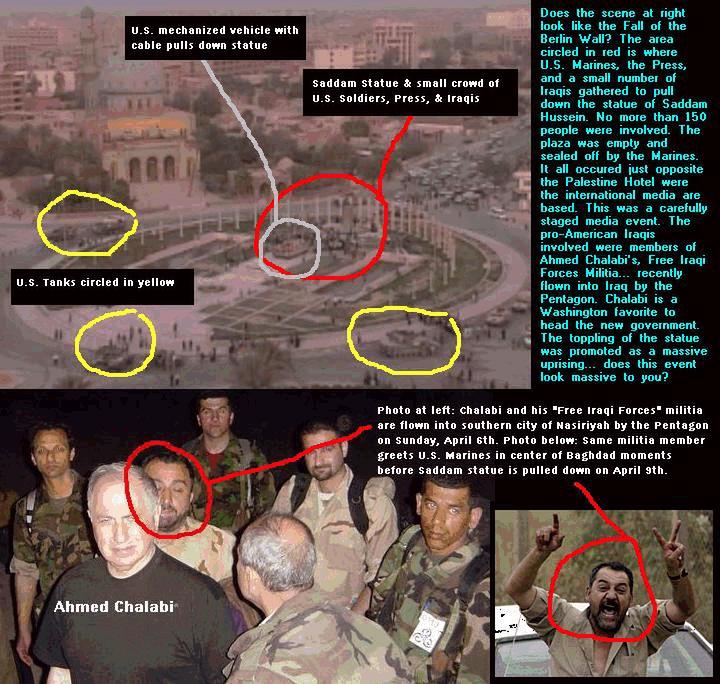 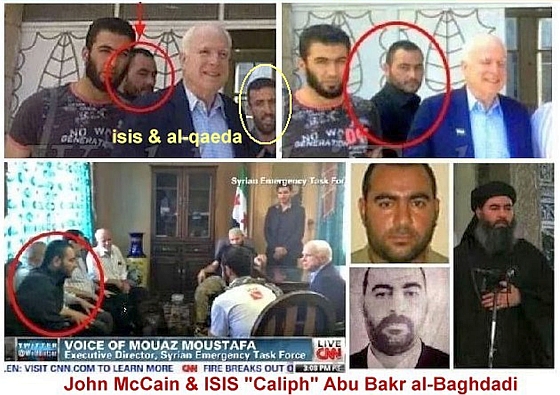 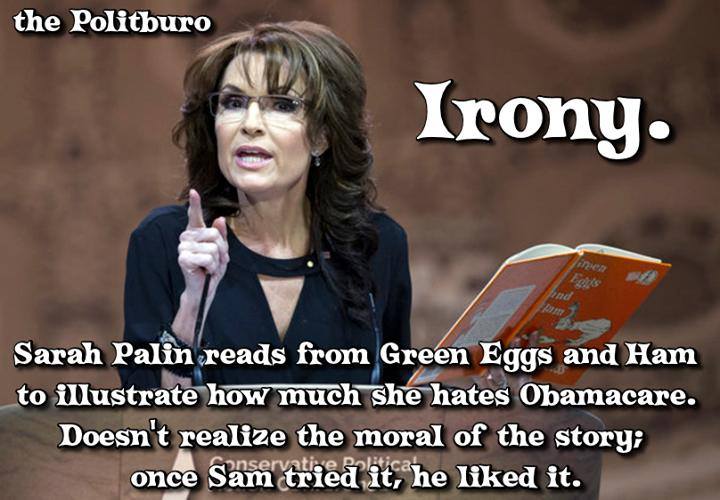 posted on Jan, 15 2016 @ 09:39 AM
link
a reply to: ChaoticOrder
You wasted all that time and energy retorting to something I never got into............What a throwaway. Never mentioned where they got them...mentioned about Obama though IN ONE OF HIS SPEECHES about the RED LINE...

originally posted by: Telepathy3
a reply to: hellobruce

The reporter flat out said there's no large pieces of a plane anywhere, lol stop trying to spin everything in your direction.

Let us see, a high speed heavy plane crashes through the side of a heavily reinforced building.... just why do you think there should be large pieces of the plane outside the building?

I'll say for the third time in a row, the terrorist could bare fly a small single engine plane.

What part of "they were commercial pilots" do you not understand?

And now your resorting to a Wikipedia page to justify the fact that half of the planes black boxes disappeared?

Did you look at and follow the links on that page? Obviously not, as to do that destroys your conspiracy theory.

And sorry, but no, planes don't disappear, just as the one that fell in the feild. This is science and psychics, not magic.

Put a link to you "commercial pilot" nonsense, because the terrorist I'm talking about couldn't flying a single engine plane.

originally posted by: Telepathy3
planes don't disappear, just as the one that fell in the feild. This is science and psychics, not magic.

But the only people claiming a plane "disapeared" are conspiracy theorists that ignore all the physical evidence!

They were returned and shown, again do some real research!
edit on 15-1-2016 by hellobruce because: (no reason given)