originally posted by: caterpillage
If I win Wednesdays power ball, I'm buying it. Cause, why the hell not?

If you do, you could refurb it as the ATS mansion and completely polarise the nature of the place. Instead of half naked women evrrywhere it would be full nerds, debunkers, trolls, shills and keyboard jockeys. Except me of course cos i'm hot sh1t!

Consider it done. It shall be renamed the ATS mansion, but I insist that the scantily clad bunnies remain. You and Swills can have full reign over the place as I'll be busy spending copious amounts of cash everywhere that accepts it.


It shall be renamed the ATS mansion, but I insist that the scantily clad bunnies remain

Hef's the historical reason, right? And the chair stains.

He's had financial issues off and on for quite some time. I read an article recently that said the mansion had a distinct "old man smell", so I guess the new buyer would need lots of febreeze... or something.


ozone generator will remove the odor from any room.

It is in a bit of disrepair. Alot of dings and dangs in that old fixer upper.

I am not talking about heff either.

originally posted by: Phage
a reply to: Swills


Some kind of odd marketing or is Hef in financial trouble that he wants to sell the mansion for 200 million, which I dunno, I think is really low. Could just be me.


Since Playboy no longer does naked ladies he's lost interest.

originally posted by: Kuroodo
Anyone think that this is linked to the power ball?

No. It's a gimmick. Hugh Hefner isn't interesting anymore, media wise. His team only has a short amount of time to capitalize on his name and sell his estate for such a large sum. After he passes away, and the mansion doesn't come equipped with a harem that the owner can probably visit whenever they like...then it's just a mansion in need of repair.

My guess is that an investment group will buy it for considerably less and turn it into a sort of museum/club and hold out for prostitution to become legalized in California, offering Hugh's estate a cut of profits.

Well this is a great investment if the contract have no stipulations beside having Hef as part of the deal, I mean you can open the mansion for bed and breakfast and touring around to show where all the action has been going on with the father of Playboy, I know is many people that have not problem paying to stay in the mansion with Hef around for a few days or months. . .

If they'd swap out that crusty Dinosaur in satin PJs with our very own Hefficide the wealthier of our ATS lady folks and possibly others would be more interested...

Thats who I thought we were already talking about !


originally posted by: Swills
a reply to: IAMTAT 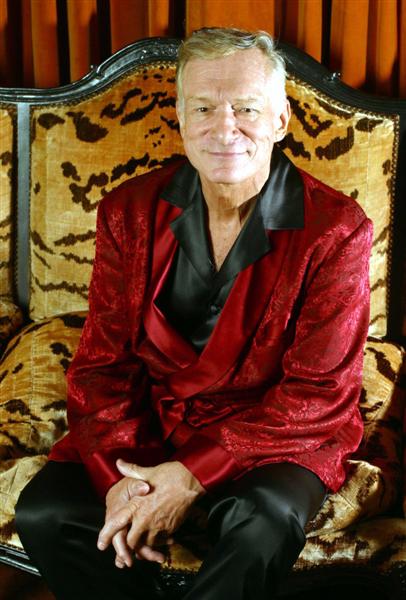 Husband: "Yeah, I've been meaning to talk to you about that"

I bet, I hear that he sleeps with a certain amount of bunnies every night, to keep him company.

originally posted by: Swills
a reply to: interupt42

Hef's the historical reason, right? And the chair stains.

He is part of it so you maintain the HeF and the stains , I will look after the girls.