The Real Good Works: Stranger Gives Homeless Man The Shirt Off His Back


This is the act of a righteous man imo.

Nice gesture. Not a very warm shirt. Looks like now there's 2 cold and shivering humans. I hope the guy that gave up his t-shirt has a jacket!

posted on Jan, 11 2016 @ 12:36 PM
link
But the guy who gave away his shirt to the topless homeless man has a few extra pounds on him to keep warm for a little while longer. It is a win win situation

As the clip shows, a shirtless man was sitting alone on the Brooklyn-bound train, visibly shivering, when another passenger stepped forward and offered him the t-shirt he'd been wearing.The Good Samaritan is seen extending the shirt to the man, before helping him to put on the piece of clothing.

The kind straphanger is also seen placing a beanie on the stranger’s head.

The heartwarming encounter was captured on video by Lazaro Nolasco, who witnessed the exchange on the subway on Friday night as temperatures outside dipped to around 45 degrees.

“It was just us on the train,” Nolasco told the NY Daily News. “The guy didn’t have a shirt on … His body looked sick.”
Nolasco’s video has gone viral over the weekend, racking up millions of views.

posted on Jan, 11 2016 @ 01:25 PM
link
He's a better person than me. I will always help someone who's in trouble but I struggle to help those who have put themselves in that position. Judging by his body language and his inability to speak I would safely assume he abuses drugs/drink.

Fair play to the guy 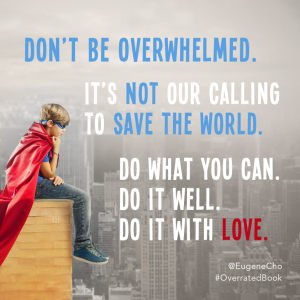 Love conquers all sometimes and that video up there proves it.

originally posted by: Jefferton
People are so good when the camera is rolling.
There are no good people left, and no heaven to buy your way into.


There are a lot of good people out there in the world. We just never hear about them because goodness hasn't been what people want to hear about. Goodness rarely goes viral.

My brother was one of those good people. His wife had to replace his coats, shoes, and shirts, on a regular basis because he couldn't walk pass a person that was shirtless, shoeless, or shivering without a coat, without stopping and giving them his own.

He fed the hungry on a regular basis, and he bought the food from the nice restaurants, not just McDonald's or Burger King. I am sure he was just doing what he was taught, because my father was the same way.

They both were very generous, big hearted, men, that didn't do it because cameras were rolling; there were no cameras. Everybody knew they had big hearts, and they were both very well loved by the whole community, young, old, rich, and poor. They were both taken very young and peacefully into death.

My mother says when you pick roses from the garden, you always pick the big, brightest, and the most beautiful, of the lot.

originally posted by: rossacus
He's a better person than me. I will always help someone who's in trouble but I struggle to help those who have put themselves in that position. Judging by his body language and his inability to speak I would safely assume he abuses drugs/drink.

Fair play to the guy


My brother used to say that he helped those that most needed it because of the mistakes that he made in his own life.

He said that he was blessed with not just getting a second chance but a third and a fourth, so he felt that if he could do anything that would let a person know that at least one person in this world thought they had value, that they were loved, than he wanted to give them that little bit of hope.

I love this song because it reminds me of my brother and my father. Neither had a lot, but they both came from less, and shared what they had.

originally posted by: Jefferton
People are so good when the camera is rolling.
There are no good people left, and no heaven to buy your way into.

Ha. I can't let this one go. I agree that people will do stuff to build themselves up in the eyes of others when the camera is rolling, but....do you really believe there are no good people left? It's not true. We're all flawed. There are no perfect people left, but some of us still try to do good things to help people without any hope of being rewarded for it.

Sorry for Your losses. I am also Sorry that Your community lost those Two Good Souls...
My generosity was and is not that extreme as those needs I have not been across yet. But I would do all that if need be...
We should ALL be helping each other when we can on This spinning rock We call Home...
Syx...


I think it is fixed.

I learned from them that it isn't the big things you do that make the biggest impact. It is the little things.

It is the sincerity of the little things that makes the difference.

Sometimes it is just about making someone feel they have value. That someone really cares. A smile. A touch. A kind word.

Seems fake to me, i bet they are trying to get a site like reddit to search the guy out and give him money in return for his 'kindness'. Happens all the time.

Thank You and You are Welcome! I tell people like hey, Just saying hi to someone may make them stop a suicide! It might just have been all They needed to feel like They are wanted enough to be worth living!!! Syx...

Thank You and You are Welcome! I tell people like hey, Just saying hi to someone may make them stop a suicide! It might just have been all They needed to feel like They are wanted enough to be worth living!!! Syx...


I had a similar experience.

There was this homeless man that had a dirty bandage on his foot and he refused to go to hospital. Someone that knew the man, and knew I was a nurse, asked me to look at it. It took a lot of persuading for the man to allow me to look at his foot. He absolutely refused going to the hospital, because he said they treated him like dirt and didn't want him in their ER.

I sat down in the floor, I had the friend bring me a bucket with some water. I washed his foot and dressed the wound. I then started taking off the shoe of his right foot that was not injured. He was startled, and asked me what I was doing. I told him he had two feet. If I washed one I had to wash the other. Again he tried to protest, but finally gave in.

He was grumbling the whole time, and being just downright mean and ornery. So it seemed odd that he had suddenly grown quiet. I looked up to see tears streaming down his face, he seemed not to be able to catch his breath for a second or two. I asked if I was hurting him. He shook his head no. When he could finally speak, he tearfully told me that I was the first person that had treated him like he was a living human being in years.

I finished washing his foot, applied lotion and gave him a foot massage, just to tease him and to get him laughing. By the time I finished, he agreed to let me take him to the ER for a proper treatment, debridement, and antibiotics. I continued to care for his foot until it was healed, and he told me more than once that I had saved his life.

You are right. Sometimes all it does take is a sincere smile, a kind word, just a little something that says, "Hey there, living breathing person." "I see you and I am glad you are on this tiny blue marble with me." "What a glorious day."

Sometimes the simplest thing, when you least expect it, can make the difference.

You never really know who is in need.

I worked since I was 14 and when I couldn’t I used my brothers ss card to work.


Once I got trapped in NYC dead broke through no fault of my own and had to panhandle at Port Authority to get bus fare home.

I wasn’t a bum but believe me it was hard asking strangers for a few dimes. Most don't even look at you...

Believe me folks you never know when you’ll be in need.

Believe me folks you never know when you’ll be in need.


Words we should never forget.

We should always consider the possible along with the inevitable.