posted on Jan, 11 2016 @ 05:51 AM
link
I'm not sure how many other people actually play these types of games but I've always found them quite addictive. Playing these games in my younger years probably helped pave the way for me to learn real programming. Even though they are quite old they are still just as much fun and just as challenging as when they were first created. The graphics and the story doesn't really matter a whole lot when it comes to games like this, their novelty comes from their unique game mechanics. The following list is a few of my favorite classics but I will be grateful if I can find more games like this so please feel free to share any games which aren't on this list if they fall into this genre. 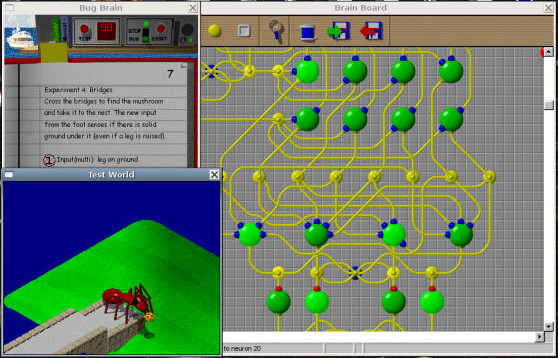 I believe this game was first released in 1998 but I'm not entirely sure because I couldn't find a whole lot about this game on the internet. In this game you have to design your own bug brains using artificial neurons and nodes. Your brain models are used to control bugs such as ants, worms, and lady bugs in order to help them feed and survive. It is a very well done game especially considering how old it is. This game will teach you about principles in artificial neural networks and push your problem solving skills to the limit with many difficult challenges. I have played this game using Wine on Ubuntu but I'm not sure if it will work on recent Windows OS's because apparently it uses a 16bit installer. 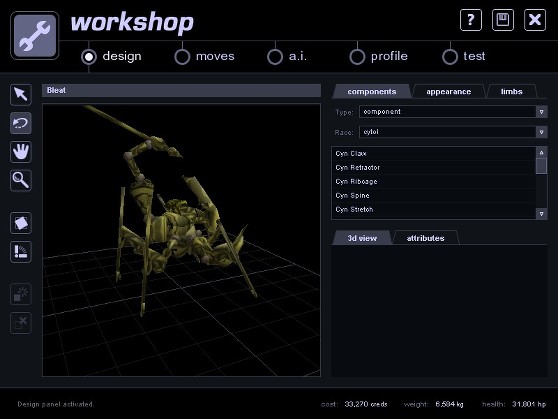 Released in 2001, RoboForge is a game where players build their owns robots and then battle them against each other. There are two main things which make this game awesome. First of all, this game allows for a huge amount of customization on robots. The robot building system is very well thought out and it's not hard to create your own awesome robot. Secondly, the players don't directly control the robots, they must program their robot and the performance of their robot will depend on how good their algorithm is. The robot A.I. system is very well done and isn't hard for beginners but still allows advanced players to create very complicated algorithms. Unfortunately the online servers are long dead but you can battle your robots against any other robots you create or the built-in robots. I'd really like to see a modern equivalent of this game. 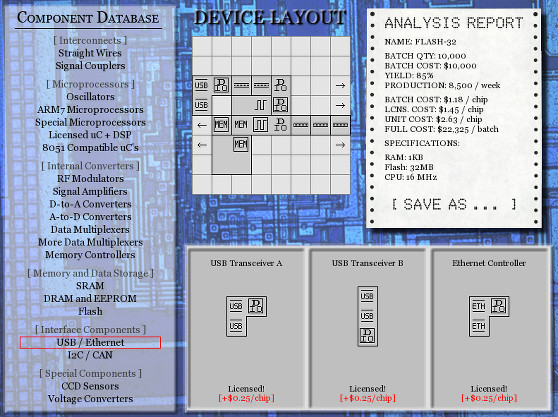 This game was created and released by Zachtronics in 2008 based on what I can tell. You may have heard of Zachtronics before, he is the creator of recent popular commercial puzzle games such as SpaceChem and Infinifactory. I remember first stumbling across the original Zachtronics website about 7 or 8 years ago and I downloaded a game called Silicon Foundry. It doesn't seem to be available on the new Zachtronics website but can still be downloaded from a backup of the old site. In this game you have to control a factory which designs and manufactures electronic circuits. You must design integrated circuits to fill customer orders and use the profit to pay back loans. Then when you make more money you can buy more machines for your factory and even research your own electrical components so you don't have to pay license fees. 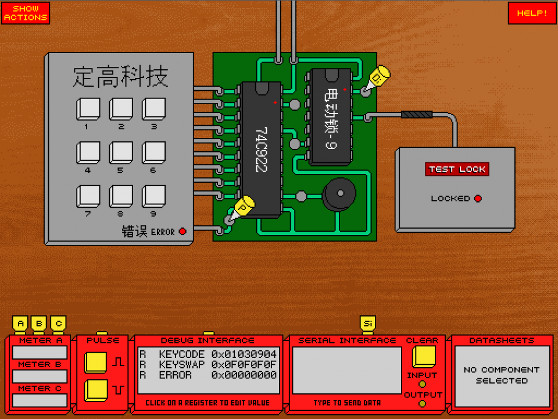 This is another free game by Zachtronics released around the same time as Silicon Foundry. In this game you must reverse engineer electrical circuits in order to crack different types of locks and puzzles. This game even has a bit of a story behind it and includes "exciting, low-budget, live-action video sequences". I have to admit I didn't really get too far with game when I first played it and even now it's pretty tricky for me to solve. This is probably one of Zachtronics best free games and is still available on his new website. If you some how manage to complete the whole game there is also a community edition version of the game which contains levels created by fans of the game using the level editor. 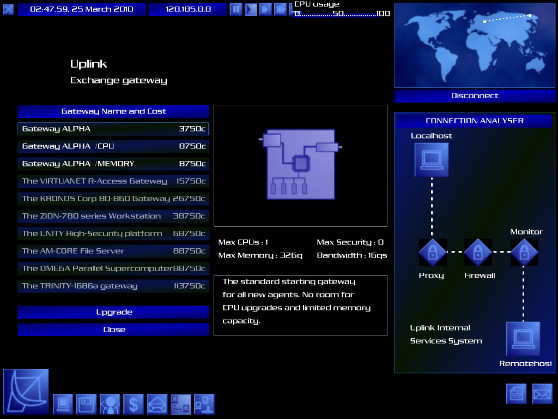 Uplink was first released in 2001 and can still be purchased today. This is the only commercial game in this list but I had to include it because even to this day there isn't any other hacking game which can stand up to Uplink. It remains the most entertaining and well done hacking game ever made and if you haven't played this game you really should. You earn money and gain a reputation by completing hacking jobs for clients. As you gain more experience the jobs will get harder and pay more. There really is a lot to this game and it definitely qualifies to be in this list. It's not exactly like real hacking but it's done in a way which makes it fun yet still challenging. There is a wide variety of different hacking jobs and it really gets interesting in the higher levels. This game may be old but it has withstood the test of time better than almost any other game I know of. 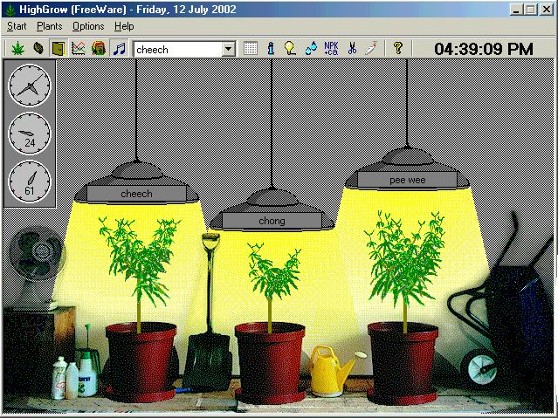 Released in 2002, HighGrow is a marijuana growing simulation game. You may be surprised to see a game like this in the list but let me tell you this game is complicated and I would definitely call it an advanced logic game. You can pick from a wide variety of seeds and you must help them go from a seedling to a fully budding plant with a high yield. You have to monitor everything from lighting, moisture, pH levels, etc. But too much or too little fertilizer, light, or water and the plant could get sick and die. The game provides a range of useful charts to monitor all the important stats. It's actually a very realistic game, the level of the detail is impressive. The plants in the game will actually grow as slow as real plants but if I remember correctly you can cheat and speed up time by changing your system time.
edit on 11/1/2016 by ChaoticOrder because: (no reason given)

I was more a gizmos n' gadgets and the incredible machine fan.

posted on Jan, 11 2016 @ 12:55 PM
link
I remember a game I think called the incredible machine that gave u random parts and u had to assemble them in such a way to accomplish goals. Lol logic games are fun.


that ruckingenur game looks really good
thanks for the heads up
edit on 11-1-2016 by fartlordsupreme because: (no reason given)

posted on Jan, 12 2016 @ 12:18 AM
link
Oh yes I remember the incredible machine, a very good game which is definitely worthy of being in the list. I've been replaying a bunch of old puzzle games lately so if you guys think of any more classics share them here.