This looks very bad for Hillary, The State Department, and Sid Blumenthal

the biggest problem may be in a just-released email that has gotten little attention here, but plenty on the other side of the world. An email to Hillary from a close Clinton confidant late on June 8, 2011 about Sudan turns out to have explosive material in it. This message includes a detailed intelligence report from Sid Blumenthal, Hillary’s close friend, confidant, and factotum, who regularly supplied her with information from his private intelligence service. His usual source was Tyler Drumheller, a former CIA senior official and veteran spy-gadfly, who conveniently died just before EmailGate became a serious problem for Hillary’s campaign. However, the uncredited June 8 memo, which Mr. Blumenthal labeled as “Confidential” – his personal classification system, apparently – but which the State Department has labeled Unclassified, doesn’t appear to be from Drumheller, whose assessments were written just like CIA intelligence reports. This is not. Remarkably, the report emailed to Hillary by “sbwhoeop,” which was Mr. Blumenthal’s email handle, explains how Sudan’s government devised a clandestine plan, in coordination with two rebel generals, to secure control of oil reserves in the disputed region of Abyei. This is juicy, front-page stuff, straight out of an action movie, about a region of Africa that’s of high interest to the American and many other governments, and the report is astonishingly detailed. Its information comes from a high-ranking source with direct access to Sudan’s top military and intelligence officials, and Mr. Blumenthal’s write-up repeatedly states the sources – there turn out to be more than one – are well-placed and credible, with excellent access. It’s the usual spytalk boilerplate when you want the reader to understand this is golden information, not just gossip or rumors circulating on the street, what professionals dismiss as “RUMINT.” Needless to add, this is generating a lot of talk in Sudan, where the media is asking about this shady affair – and how Sid Blumenthal, who’s not exactly an old Africa hand, knew all about it.


Now Secretary Clinton's email issues are going to cause problems for Sid Blumenthal, and who ever misidentified that email at The State Department. Potentially the leak who gave Sid Blumenthal the information could see jail time or am I reading too much into it?

posted on Jan, 10 2016 @ 04:25 PM
link
Hard to say. AFAIK Blumenthal doesn't have a clearance and he can talk to anyone who's willing to have a conversation with him. If he was talking to non-US sources there's not much anyone will do about this.

Now, Clinton OTOH, should know what constitutes classified material. There are specific and general definitions everyone who has a clearance must have rudimentary knowledge of. IOW, she knows better ... but no one is willing to hold her feet to the fire on it.

The one question I've not seen addressed on this subject: Was Hillary Clinton a designated Original Classification Authority for the State Department? If she was, she 'should' be brought up on charges. Unfortunately ... no one ... has been asking that question. Probably because they don't want to be the one who has to bring her up on charges.

posted on Jan, 10 2016 @ 04:28 PM
link
There is no way the information Sid B. had here about a secret Sudanese conspiracy was not leaked from a high level intelligence agency. Blumenthal is in big trouble.

originally posted by: IAMTAT
There is no way the information Sid B. had here about a secret Sudanese conspiracy was not leaked from a high level intelligence agency. Blumenthal is in big trouble.

Is that a guess?

I wouldn't put it past Clinton to e-mail Blumenthal the information and tell him to strip the classification markings and send it back to her 'other' e-mail account. LOL

We are not seeing the real spy rings exposed.

And we will never ever know for sure how many were deleted by the jealous seahorses under Hillary.

Besides, the FBI probably is restricting the damning stuff because the investigations are ongoing.

One other person was in the mix between Sid and Hillary....now deceased.
Tyler Drumheller: www.nytimes.com...

Time will tell, clock is ticking between now and Nov 4 we will find out.
Any other person would have their clearance stripped, likely be in jail.

How very interesting that close associates of the Clintons are found dead just before, or right after, an 'issue' comes into the public eye.....

Remember John Schindler, the conservative talking head, retired NSA spook, and Naval War College professor who briefly went incognito after screenshots of (what appear to be) his penis leaked onto the Internet? While he has since reappeared to Twitter—where he first drew attention for defending domestic spying and criticizing Edward Snowden—he has refused to comment on the mysterious emails, sent to the Naval War College by an unnamed blogger, that prompted the school to place him on leave, and his penis under official investigation.

If the FBI is keeping a lid on the damning stuff, and these are the ones they don't consider damning, I would love to see what they have.....

What difference would it make? 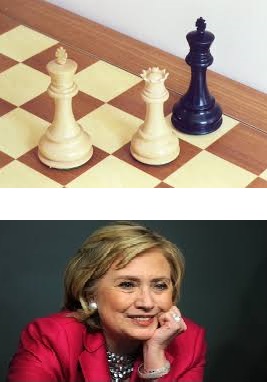 Yes, avoid the Arkansas flu if one can. In Tylers case
we are led to the conclusion he had cancer, and
he very may well have.

There are others that died recently, and also a few convictions
as of late from the FBI, long time Clinton cronies and Dem fundraisers.

I will dig up names and post them later.

If the FBI is keeping a lid on the damning stuff, and these are the ones they don't consider damning, I would love to see what they have.....


Don't forget, they have the actual server(s) in custody.

here's a recent topic about some of that...

Clinton "Friends" Who Knew Too Much

originally posted by: xuenchen
a reply to: Annee

What difference would it make?

Credibility of the writer of the article.

I always research the author of an article.


He exposed himself on tweeter, that disqualifies his opinions and sources on all matters?

originally posted by: TheSemiSkeptic
a reply to: Annee


He exposed himself on tweeter, that disqualifies his opinions and sources on all matters?

Nevertheless, I always research authors of articles. No matter their political opinion.
edit on 10-1-2016 by Annee because: (no reason given)


How did you stand on POTUS Bill Clinton having sex with an intern in the Oval Office and lying about it under oath?

originally posted by: butcherguy
a reply to: Annee


How did you stand on POTUS Bill Clinton having sex with an intern in the Oval Office and lying about it under oath?


Did I make a judgement?

I provided info. You decide if it affects his credibility.

Many castigated the person that brought the Monica Lewinski affair out into the open. She was given a media assault.
Does the penis pic affect the man's credibility?
If not why bring it up?

Two feelings on that...

and the woman who received the sexting pic from John R. Schindler stated that she was a willing participant even after she knew he was married.

down towards the bottom of the article you will find her tweets about the matter.

edit on 10-1-2016 by TheSemiSkeptic because: Adding source