Has anyone else read these books? 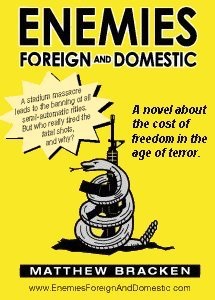 Yes, it's right wing crap to some members here. But I found these books to be a well written, fictional account of what might happen in America when the government oversteps its boundaries.

So I was wondering if any ATS members have read this series by Matthew Bracken.

If so what did you think?

And if you haven't I'd like to recommend them to you.


A stadium massacre leads to the banning of all semi-automatic rifles, the teaser on the jacket reads. But who really fired the fatal shots, and why? The answer, we learn, involves nothing less than a modern day Reichstag fire, engineered and instigated by an evil and ambitious ATF supervisor and his squad of violent agency misfits. The political fallout of the stadium shooting is a national ban on assault weapons. With free rein to create more domestic terror incidents, and with unprincipled politicians and a complicit media, gun owners are easily demonized as a manipulated public demands more security. All Brad Fallon wanted to do was restore his vintage sailboat, Guajira, take his savings from three years of working the ANWR oil fields, and cruise the world. He hadn't counted on his interest and proficiency in shooting being used to entrap him, or being ultimately forced into covert rebellion against rogue federal agents. But back a man into a corner with other men -- all proficient in modern weaponry, and all unbending believers in liberty -- make it clear that you mean to destroy them, and a most dangerous type of resistance is born: a competent one. Author Matthew Bracken has written a thrilling first novel (did I mention this is also a passionate love story?), one that engages, grips and doesn t let up. He avoids the proselytizing that can plague the liberty genre, and delivers a solid, exciting tale with deep and believable characters. Bracken's background with UDT and SEAL Teams, and as the designer/builder of a cutter that he soloed from Panama to Guam, adds credibility to the technical and tactical details he weaves into the plot. I can't wait for the sequel, scheduled for release early in 2006. David Codrea, GUNS Magazine 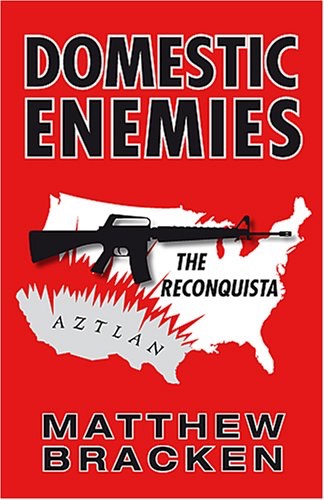 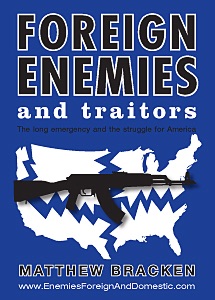 
With free rein to create more domestic terror incidents, and with unprincipled politicians and a complicit media, gun owners are easily demonized as a manipulated public demands more security.


Uh....Where's the fiction? This is pretty much happening now.

I can assure you, that's not even close to the worst that happens in these books.

I was surprised to see there wasn't a thread on them already, they're in line with what a lot of members here discuss daily.

posted on Jan, 11 2016 @ 02:59 AM
link
I had never heard of the guy but when I started searching I surprised to see that many highly recommended his books.

A lot of his stuff is free and there are several interviews as well (most audio only).

Thanks for the links

Funny, I just came upon these and a website "Gates of Vienna" where there are some excerpts along with comments from 11/2015. I still have a lot to read but at a glance, some of his writings seem to be coming true....

One of my friends does