posted on Jan, 7 2016 @ 02:34 PM
link
So, a being came down to Earth and yelled "Alien" at the one person it sees. That person greeted him back and said "Hu Man" as they have not attacked each other. The being said, "Human?" Hu Man says "Alien?" to the other being.

The being went back up in the heavens and tell the others that it has met a Hu Man. As the person down below wrote in his book that he met an "Alien."

wait, i dont get it

wait, i dont get it

It doesn't translate well to English. If you were from Rigel IV, there would be green slime shooting out of your third wing right now.

After reading that, I could think of only one thing..... 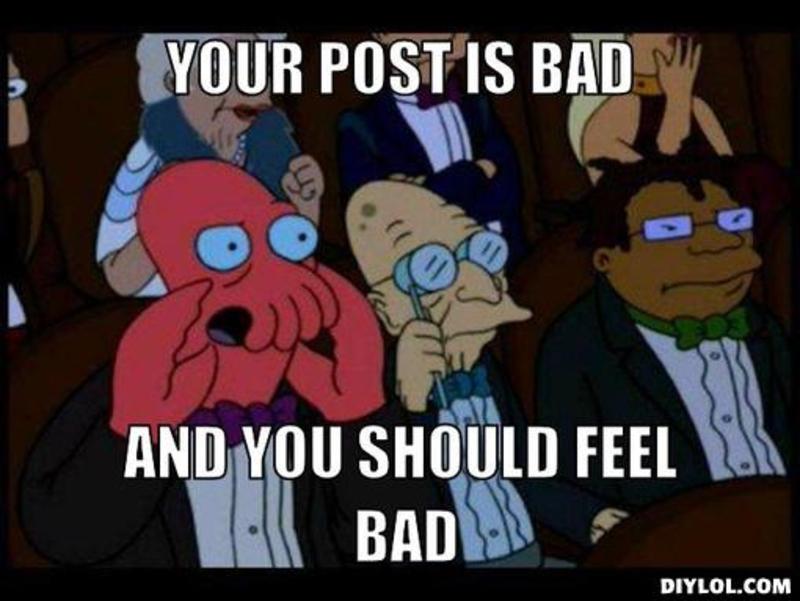