Disolve the BLM, return all lands under their management to Natives it was taken from


We'll since I'm here,
And this has ALWAYS burned me up...

If I was President (sounds so gotd@mn cliché),
The first thing I'd do...

Is give the Engine back every fn sq. mile.

For the record:
I'm not Engine.

posted on Jan, 6 2016 @ 09:24 PM
link
Appreciate you starting this thread, for those that don't know OP was super classy and realized I had gone off topic replying and started this thread for this discussion!

What happened was a complete travesty, and it's a shameful part of our past. I recognize that the ramifications and systematic mistreatment of Natives throughout the years since is still causing issues in these communities.

That being said, I completely disagree that Native Americans should be given any Federal land. I don't think there is a single people (or person alive today) that hasn't had land rob along with their rights and dignity (if looking at their ancestry). We can't just unseat the entirety of civilization as we know it to right past injustices. It wouldn't be pragmatic, and honestly at this point with all the interbreeding and lack of records flat out impossible.

I would hazard a guess that the majority of people now living in the US are occupying Native land. So should we all give it up because some ancestors are still making claims? This is going to get confusing. What if you're part native, do you get to stay, or do you have to give up all but 1/16th of your land?

Does the amount of time someone or their ancestors have been living in a certain area dictate your percent of ownership? One side of my family is easily traced over to the Mayflower, do I have more rights and privileges than a fresh immigrant? The other side of my family has only been here for 3 or 4 generations, so should I have fewer?

Does the great grandson of a slave owner owe black people a personal apology or reparations?

I truly feel for Native Americans, but I dislike the way they are romanticized on this site and in general. People act like they were content to just roam the plains peacefully and honor nature. There was a lot of war, and they hadn't evolved the same technology yet. Give them a few hundred years more and I'm betting they would have raped the Earth just like the rest of the world that had a few breakthroughs and resources.

Do you honestly think they would be better stewards to the parks if left to their own devices? I really don't. I think everything would be clear cut and all resources gutted with the excuse being "screw the white man" in a short number of years.

I think we need to do more for Native communities, because they are disasters (and it's clearly not all their fault), but we need to be realistic and quit the whole "Native Americans deserve all their land back because 400 years ago it was stolen" narrative.

I'm so looking forward to all the responses from outraged 1/64th Blackfoot Indian members.

I suppose the real solution is to ship everyone back home and leave the Natives be. So I'm going to need a few boxes. I'm Irish, Scottish, English, Belgian, German, and French. I suppose everyone of my pieces will be given a certain amount of acreage, because ancestors.

ETA: I never say this, but S&F. I may disagree with you, but this was an awesome move on your part (making sure we didn't derail) and I liked your OP. It's an interesting topic, and I'm looking forward to seeing people's opinions, even if they're wrong and disagree with me.
edit on 0620160120161 by Domo1 because: (no reason given)

It is all land that by rights belongs to the native tribes it was taken from am I right?

You do understand that prior to the "Evil Europeans" setting foot on the North American Continent... the "tribes" were constantly attacking each other and "stealing" each other's lands. Would you like to pick a point on the timeline of the continent and decide which "tribe" should own "where"?

originally posted by: muse7
Why stop at just the BLM? Why not return the entire US to the natives? We stole the land from them.


Because they took the land from someone else.

originally posted by: jaws1975
a reply to: introvert


How did the Native American's manage to get along for thousands of years without the BLM, it's miraculous!

Wait til he finds out what the Aztecs were up to.

originally posted by: Lysergic
a reply to: TerryMcGuire


Made me genuinely laugh. I don't get the racist idea that they have superpowers or are somehow more in touch with the planet... its just strange.
Looks a lot like any other small poverty stricken country town to me.
www.thejournal.ie...

originally posted by: jaws1975
a reply to: intrptr


The Fed owns half the land in the US

They say that's public land, so are you telling me...gulp, it's really not ours?

They call it National Forest or National Parks. You can go there, go in , camp, fish, hunt, all licensed and controlled with permits, entrance fees, park hours, don't take anything, with you, etc.

This is changing, they have since placed the Forestry Division under the Department of Agriculture. The forests, All the resources on and under the land are now considered product for exploitation by large corporations.

The trees, the water, the minerals, for logging, fracking, mining, whatever. 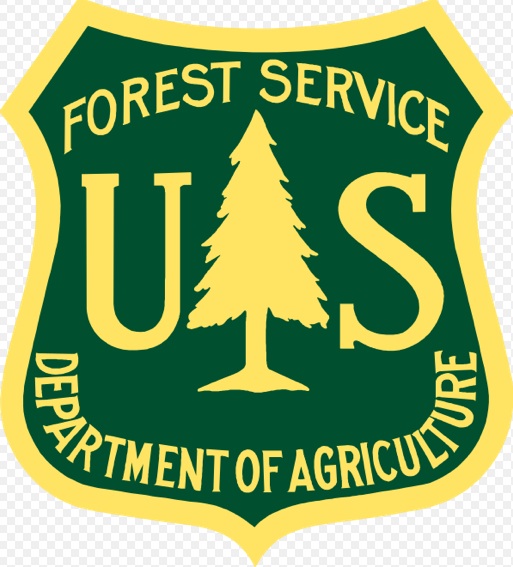 You pickn ah fight with me?


originally posted by: jaws1975
a reply to: introvert

I suggest we give preferential treatment to the Natives, but the people need a seat at the table too.

originally posted by: RoadCourse
a reply to: Gryphon66

You pickn ah fight with me?

Asking you a question about something you posted is "pickin' a fight?"

When the Queen of England made a treaty with my great great grandfather it was a really bad deal he did not posses the education or frame of reference for that matter to sign off on. It might seem a romantic notion to you but a lot of us feel pretty ripped off. The British and the USA people thought nothing of lying, cheating, stealing from, and raping us.

Granted MI. And I know that there are many still who hold a more solid understanding of mans relationship with the earth. However I have grave doubts that the leaders of the tribes as we know them today are as environmentally inclined as were our ancestors. Though this is not saying that the descendants of Europeans on this continent are either.


originally posted by: jaws1975
a reply to: introvert

I suggest we give preferential treatment to the Natives, but the people need a seat at the table too.

If we want to put the land back in private control, we have to offer reasonable alternatives.

posted on Jan, 6 2016 @ 09:37 PM
link
I'm surprised so many of you guys are stuck on a romanticized notion of Native culture. Let me just say that after working side by side with a particular tribe and hosting 100's of other tribes to international pow-wows; natives care zero about land. Especially after they own it. Lakes fished out by netting. Litter from one side to the other. Old appliances scattered across reservation lands. Forests clear cut to make way for casinos. The fights which would break out after sunset were appalling. Most of their people have absolutely lost the way of their culture.

As for the people that are always calling for the land to be given back to the Natives.... Do we give Israel back to the Palestinians? Do we give Italy back to the descendants of Latium, Samnites, or Veii? History is wrought with conquered peoples. That is the way of our uncivilized culture and it will continue to be this way until we figure out how stupid we are. Until then I wont feel bad for something that happened 150 years ago, which I had nothing to do with; regardless if they are my ancestors or not.

Talking about Federal lands now, IMO all land should be given back to the state in which is resides.

originally posted by: RoadCourse
a reply to: Gryphon66

originally posted by: jaws1975
a reply to: introvert

They lived with Nature, we exploit it. They managed the forests mostly letting them be. Only in their natural state can they remain healthy. Europeans came along and killed off the herds of Buffalo, cut down the forests, paved the landscape, built dams, roads, railways, cities, all choking the landscape and contributing to destruction of the environment, animal and fish habitat.


originally posted by: RoadCourse
a reply to: Gryphon66

I need not look again.

Last chance....
what do you care to know?