It's the Aurora Borealis ...or whatever you might call it in Australia. The other light is definitely cgi.

It appears to be ball-lightening to me. That's a good shot of the Aurora Australis over the escarpment though.

posted on Jan, 5 2016 @ 06:47 AM
link
It wasn't the Aurora Australis, that would not have been visible as there was no strong solar activity and the sky was covered in cloud due to it being during a thunderstorm. The Aurora happens in the high atmosphere so would be obscured by a storm.

This looks like ball lightning at it's finest. The apparent aurora would be caused by the interaction of charged particles within the storm-cloud.
edit on 5-1-2016 by ComplexCassandra because: (no reason given)

posted on Jan, 5 2016 @ 09:05 AM
link
if that is indeed ball lightning, its pretty trippy. Never seen anything like this before.

posted on Jan, 5 2016 @ 10:35 AM
link
It's not ball lightning, most of it is just background lightning, the ball of light is just a bit of mischief..notice it doesn't reflect on the water when all the other lightning does, even though not as bright.

It's a water droplet on the camera lens that catches a reflection of some kind. If it was as bright as it appears, then it would light up the landscape like the lightning flashes, which it doesn't. Which leads me to believe that it's something on the camera.


Where do you see water?

posted on Jan, 5 2016 @ 12:33 PM
link
It can't be the Aurora - not only is there cloud cover, but it's never visible as far north as Canberra. Possibly very rarely, but it would be pretty big news if it was.
The 'orb' is pretty novel, but maybe a bit movie-style pat.... though i managed to pause right during the flash and i've gotta say the lighting on the general scene looks pretty genuine, if this is a hoax it's definitely not just someone adding in an orb with an app or similar

originally posted by: abeverage
a reply to: smurfy


Where do you see water?


You are right, it's what looks like a white building, I thought it was the artificial lake there in the darkness, without making a single capture.
That means though that both the foreground and the background are being lit up by lightning?
In that case, perhaps the anomalous ball of light is an incoming meteor in the direct line of sight toward the camera. If so, that's interesting, as it might only be the camera picking up the fuzzy round corona behind the meteor, if that is the case.

I looked again and got this capture which makes me think a head on meteor, 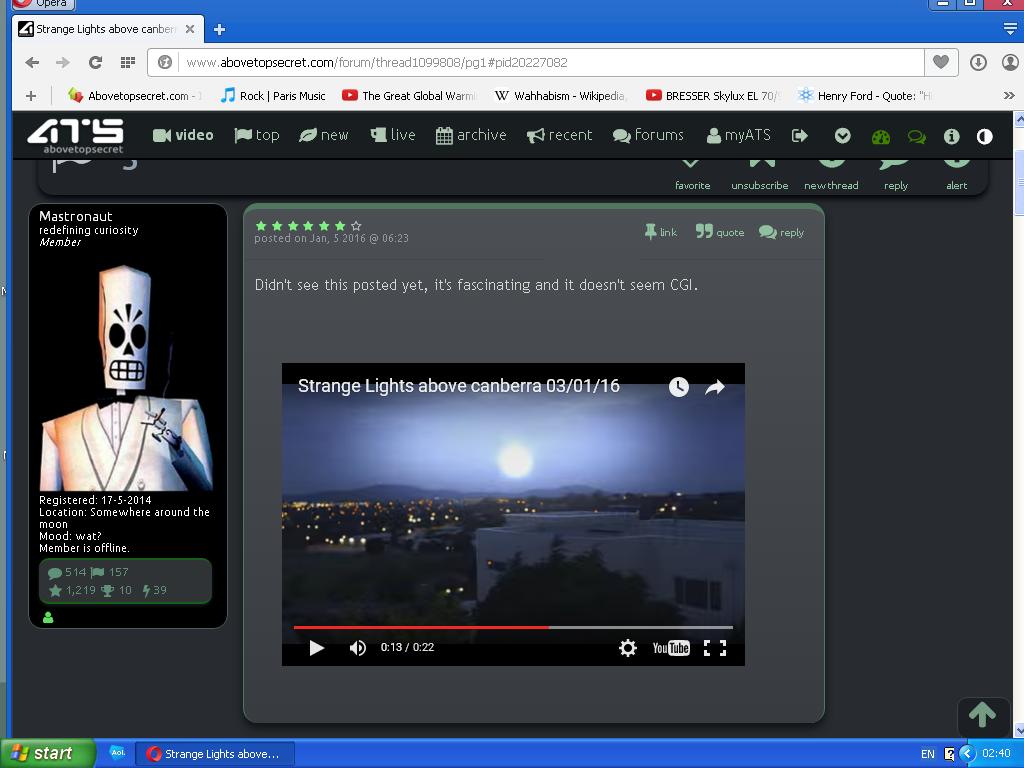 It's a water droplet on the camera lens that catches a reflection of some kind. If it was as bright as it appears, then it would light up the landscape like the lightning flashes, which it doesn't. Which leads me to believe that it's something on the camera.

It does. Take a look at smurfy's screenshot just below your post - it lights up the landscape far more than the Lightning.

posted on Jan, 6 2016 @ 08:51 AM
link
Listening to the audio, there are 2 small sound blips at the exact same time as the double flash.
Obviously, that cannot be sonic, and must be an electrical discharge being picked up in the audio receiver electronics.

Does not rule out meteor, since an exploding bolide high in the atmosphere can produce an electro-magnetic effect, but I think it is a phenomena of lightning, based totally upon the circumstance that there is an electrical storm going on.

posted on Jan, 6 2016 @ 10:11 AM
link
A larger capture, most of the faint aurora is wiped out by the flash in this one. I still think it is a meteor, or maybe space debris incoming. I don't think it's a missile though. 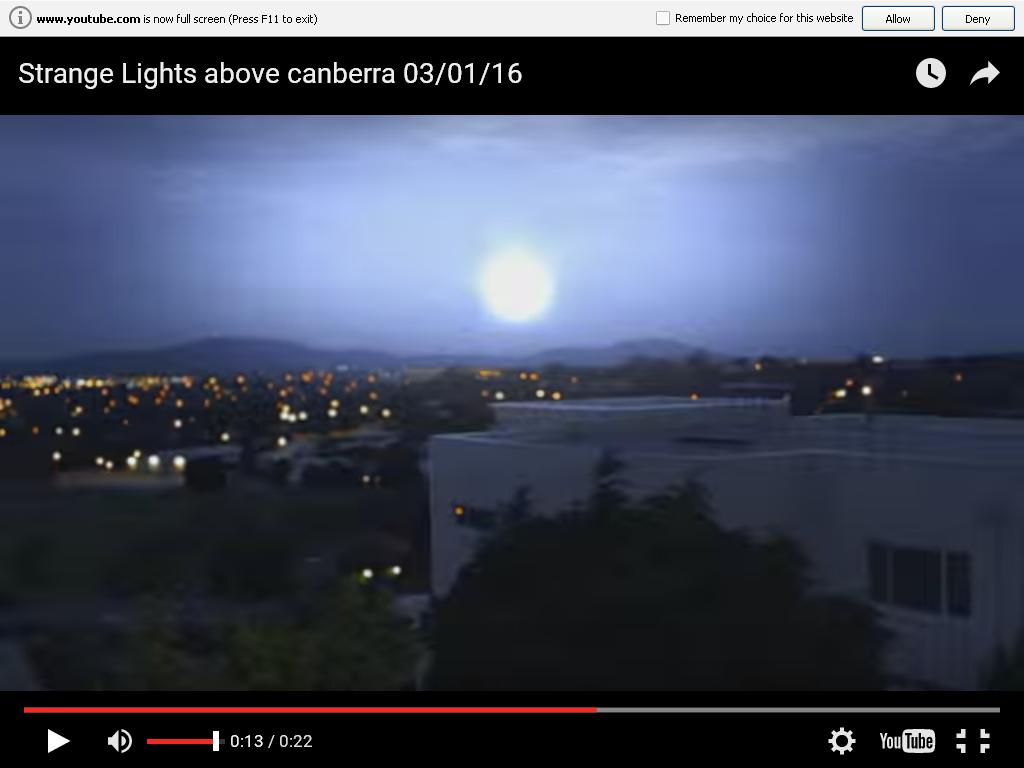 It certainly is something!

I do not think this is CGI however, it doesn't light up the surroundings like the lightening and is way diffuse.

I honestly think it captured a form of ball lighting or other storm phenomenon previously unseen or recorded...

originally posted by: BeefNoMeat
It does. Take a look at smurfy's screenshot just below your post - it lights up the landscape far more than the Lightning.

I agree, it seems like a mixture of natural occurrence and hoaxery!