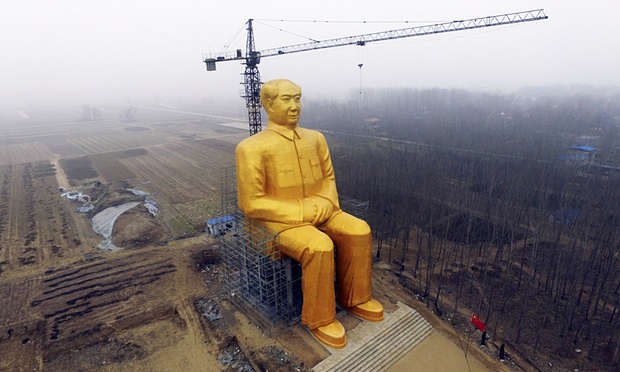 To some Mao was a great leader , a God amongst men , to others he's responsible for the deaths of tens of millions of Chinese citizens through his reforms.
The businessmen behind the creation of the Mega Moa structure obviously believe the former as they along with donations from locals of Henan’s Tongxu county have together forked out a reported £312,000 on the 36 metre tall Gold painted statue sat looking out over the county's farmland.


Liu Jianwu, the dean of China’s Mao Zedong research centre, said the statue appeared to have been designed to “commemorate a leader”.
“In contemporary China, Mao Zedong represents the embodiment of fairness and justice,” Liu claimed. “In the hearts of ordinary people, Mao represents fairness and justice. So people hold these kinds of emotions towards him.”
www.theguardian.com...

You could say it's a huge folly and a waste of money but then it is their money to waste , possibly it could become a tourist attraction and bring much needed money into the poverty affected area , only time will tell.

When china falls how will the people
Knock this statue over

It's very ugly and looks cheap. Being "made in China" I expect it to break as soon as a bird lands on it or a gust of wind exceeds 20kts. 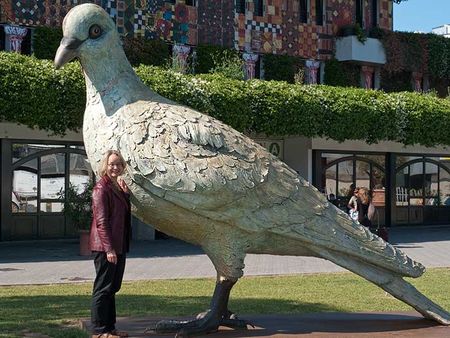 I am glad he is sitting down because his expression seems a bit constipated.

Well glorifying any man like this is idolatry of the worst kind. It reminds me of Nebuchadnezzar's statue and the sharp learning curve his culture had coming.

Mao is no hero to me. He was no better than Stalin or Hitler, the only difference being that he did not have a moustache like the afore mentioned; a mass murderer and genocidal maniac. Enjoy your statue deceived ones. It appears as just another man made blight to me. Look forward to the day when it is torn down, the fate of all idols eventually. Thank you moth and rust!

That is much prettier. Pigeons can be celebrated. Pigeons are good to people. They are not homicidal maniacs. Thanks for your wit here, very needed Eisegesis.


Well glorifying any man like this is idolatry of the worst kind. It reminds me of Nebuchadnezzar's statue and the sharp learning curve his culture had coming. 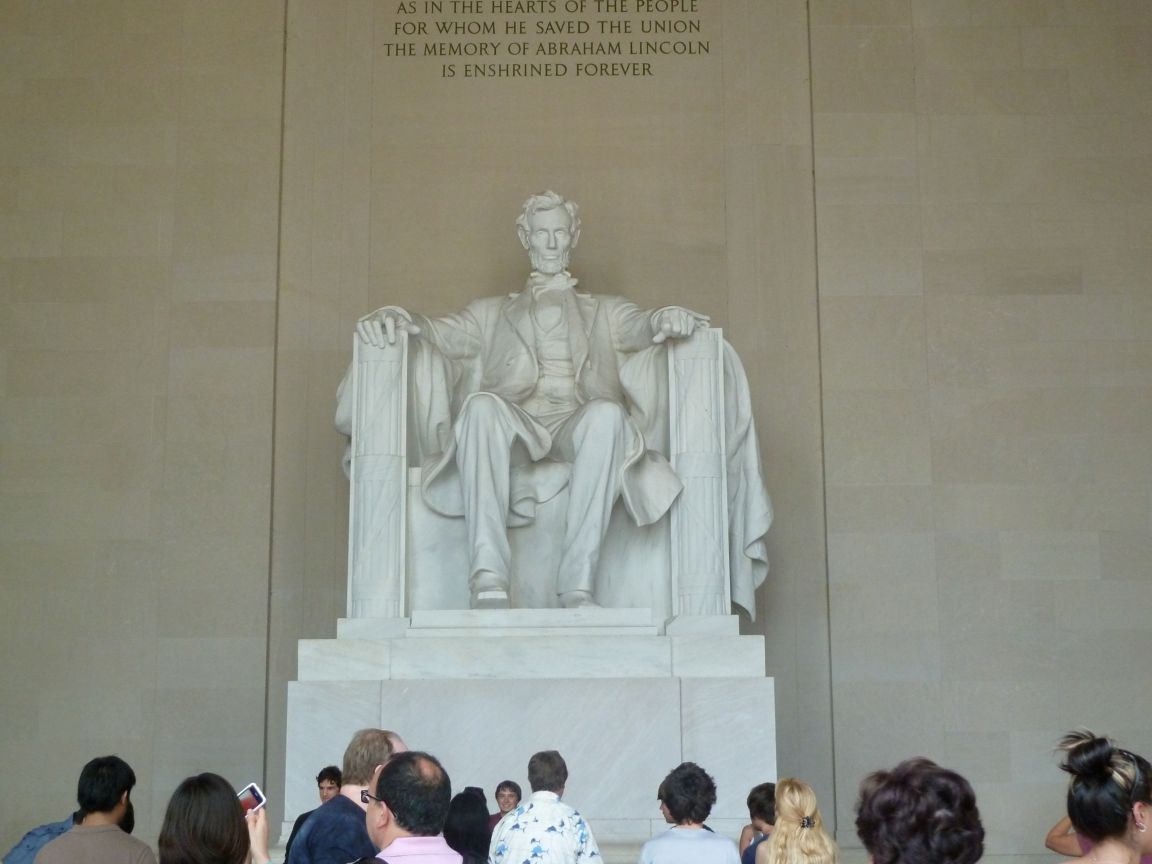 They obviously do not love the Chairman all that much. Steel and concrete with gold paint? Let me tell you what happens when a group of people REALLY love a figure of historical import.

They assemble a series of master craftsmen, and have them construct a masterwork made only of the finest and most tasteful materials available to them. That is why, for all that the mega-Mao is very gaudy and obvious, it will never be nearly as beautiful or impressive as Nelson's Column.

Dartmoor granite, the finest bronze, worked by the most skilled craftsmen of the age in which it was built. Mega-Mao is like Kim Kardashian, nice paint job, but no class.

Seriously though, that is one big statue but it is still dwarfed by the Genghis statue in Mongolia - do you think they know?

I am pretty sure they are familiar with the stereotype dealing with the size of their Mao's.

Seems to be a resurgence of Chinese history within China at the moment and Mongolia is a big negative there. For that reason alone, i would have expected the Mao statue to be bigger, even if only by an inch or so (no pun intended!).

I also have to add that if you were designing such a big statue to such a big historical figure, wouldn't you try to ensure it doesn't look like someone sat at the toilet?

originally posted by: Flavian
I also have to add that if you were designing such a big statue to such a big historical figure, wouldn't you try to ensure it doesn't look like someone sat at the toilet?

Ever been to China? Outside of the places accustomed to dealing with Westerners you will most likely not find anything resembling what you are used to seeing as a toilet. The joke is lost on them.

posted on Jan, 8 2016 @ 08:03 AM
link
So where's ya Mao now ?
According to the People's Daily the statue has been removed as it was not officially sanctioned.


An official at Zhushigang village, where the statue was located, said it had not been registered and approved, and had now been removed, People's Daily reported.
Land resource officials at Tongxu county also confirmed the removal of the statue to People's Daily, but said they were not clear why it was removed.
A photo circulated on social media, which could not be independently verified, appearing to show the Mao statue being dismantled, with the legs removed and a black cloth covering the head.
www.bbc.co.uk...


If anyone's after a giant Mao statue , one careful owner , hardly used , I think you know where to go.