posted on Jan, 5 2016 @ 02:49 AM
link
The stone was found in a mine at a place called Ratnapura in Sri Lanka , known appropriately enough as the city of Gems , and has been named The Star of Adam by its owner , this blue star sapphire weighs in at an impressive 1404.49 carats beating the old record by almost 10 carats. 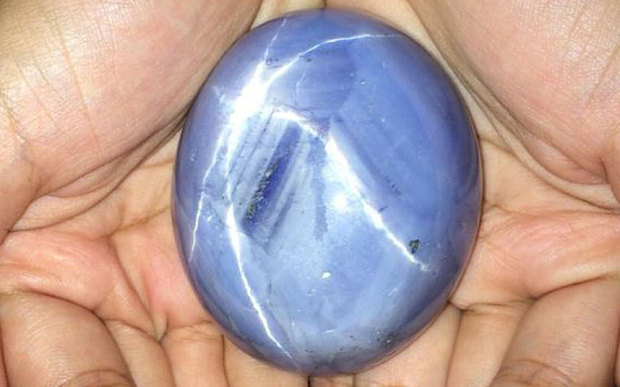 If you like the Gem the good news is it's likely to be auctioned in the not to distant future ,the bad news is you will need at least the estimate price of $100m but should expect to pay in the region of $175m plus fees.


It has been named the The Star of Adam by its current owner, after a Muslim belief that Adam arrived in Sri Lanka after being sent away from the Garden of Eden. It is claimed he then lived on the slopes of a mountain now known as Adam's Peak.
The owner of the Star of Adam said he bought it thinking "this was not a piece of jewellery but an exhibition piece".
Speaking to the BBC, Armil Samoon, a leading gem and jewellery dealer in Sri Lanka, confirmed this was the largest blue star sapphire in the world.
www.bbc.co.uk...

posted on Jan, 5 2016 @ 04:40 AM
link
That pic is about as close as I'll ever get to something as amazing as that stone so thanks for posting

Way more character than plain old diamonds will ever have.

She salivates over this s*.

It's a pretty stone