posted on Jan, 1 2016 @ 09:15 PM
link
Perhaps one of the most mysterious and creepy estates on Earth. Crowley aledgedly summoned demons here, which he was unable to control. Page bought the place in 1970, 5 years after the previous owner committed suicide there.

Boleskine House is located on the south-eastern shore of Loch Ness, close to the village of Foyers, Inverness shire, Scotland. The mansion was constructed in the late 18th century by Archibald Fraser. According to a local legend, there was once a church on the site, which caught fire trapping its whole congregation inside, burning them all to death. Aleister Crowley purchased the foreboding Boleskine House in 1899 and styled himself 'Laird of Boleskine and Abertarff'. He remained there until 1913, and bizarre tales of odd goings on at Boleskine House during his occupancy are legion, though the majority probably originate in local folklore.

One story concerns a local butcher who called at the house for the meat order while Crowley was involved in the lengthy difficult ritual of Abramelin (see below). The butcher's incessant ringing of the bell broke Crowley's concentration and, irritated and frustrated, he hastily scrawled the meat order on the nearest piece of paper, which happened to have a spell written on the back. Shortly afterwards, when the butcher was cutting up the meat for Crowley's order back at his shop, he apparently lost concentration and sliced all the fingers off his right hand with the cleaver. Other stories tell of the unexplained disappearance of Crowley's housekeeper and a local workman who went out of his mind after being tormented by the dark spirits conjured up by Crowley's rituals. 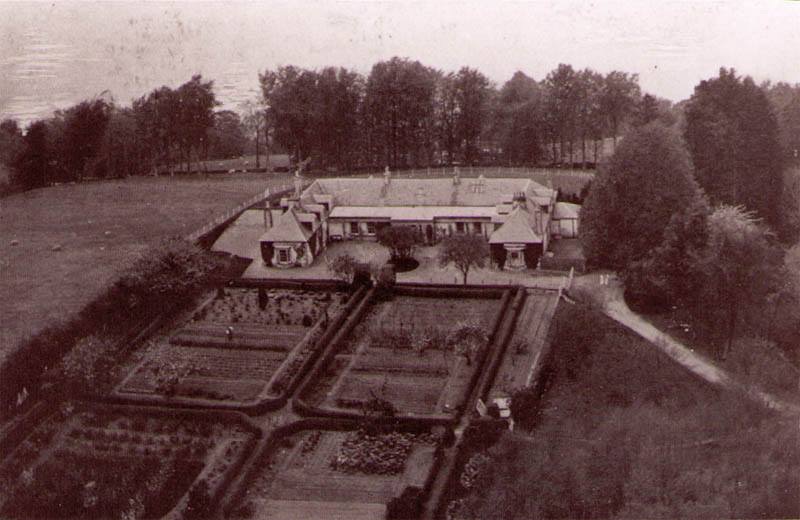 This link from Jimmy Page's site has some cool pics- 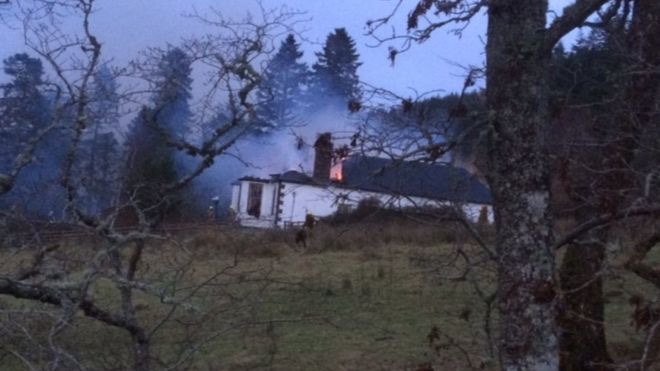 This is a weird depiction of rituals performed at the house-

I wonder if the house was involved in the "Zeppelin Curse"....Page owned it from 1970-1992, and was obsessed with Crowley.

Boleskine House is 21 miles (34 km) south of Inverness, on the opposite side of Loch Ness from the Meall Fuar-mhonaidh, and halfway between the villages of Foyers and Inverfarigaig.

The current house was constructed in the 1760s by Colonel Archibald Fraser as a hunting lodge. Page claimed the house was on the site of a 10th-century Scottish kirk. The house is situated on a hillside above a graveyard, which had acquired a reputation for unusual activities. Allegedly the kirk on the site caught fire during congregation, killing all inside. This fueled local legend even before Crowley moved into the house.

Had you heard this before also?

So the story goes:

Who knows?
Interesting to think about though!

Interesting, no, I haven't heard of that before.

I wonder how this estate may have influenced Page's music. Rumor had it there was a secret tunnel from the house to the adjacent cemetery.

I seem to recall something about words etched into the albums????

I don't remember but, it was something like Crowley's words or a "spell" being played on
record players across the world...


The first pressings of the album included the phrases "So mote be it" (not to be confused with "So mote it be".), then later on included the phrase "Do what thou wilt", inscribed on the lacquer itself by engineer Terry Manning during the final mastering process.[33] This phrase is identical to one in the core tenet of Aleister Crowley's philosophy of Thelema: "Do what thou wilt shall be the whole of the law. Love is the law, love under will. There is no law beyond do what thou wilt." But it is also the same as a portion of a variant of the Wiccan Rede. Page was a scholar of Crowley's work, once owning a private collection of Crowley manuscripts, artwork and other ephemera, and in the 1970s even bought one of his residences, Boleskine House on the shores of Loch Ness in Scotland.[citation needed]

LINK
edit on 1-1-2016 by TNMockingbird because: clarify link 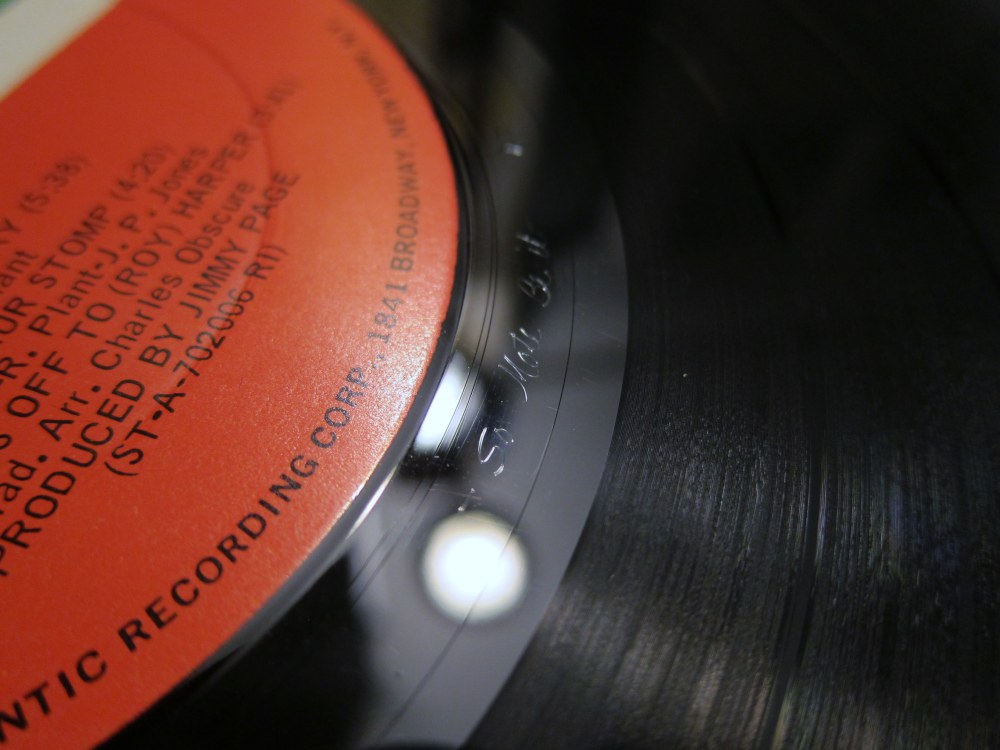 Wow thanks..Wonder how much those early pressings are worth.

Obviously Crowley's influence on Page was there before he purchased the house.

posted on Jan, 2 2016 @ 02:32 AM
link
There’s nothing very foreboding or malefic about Boleskine House, though its location — a lonely shore beside an 800-foot-deep lake, cut as though with an axe and running right across the isle of Britain — is fairly spooky. It’s a beautiful old late-Victorian house that looks a lot like the planters’s bungalows on tea estates in my country (which date back to the same period and were often built by Scottish planters).

Leaving aside all the hocus-pocus and mumbo-jumbo, Jimmy Page is a lover of art and architecture with highly refined, very specialized taste and the wealth to indulge it to the full. Here is a page dedicated to all the houses he has owned over the years. The pictures are not very big, but they give you the idea. This is a man who lives surrounded by beauty.

I love this story since my family are of the Ness line in Scotland!

Thanks for the link, interesting taste in homes.

Seems more than "hocus pocus mumbo jumbo" at Boleskine, lots of lives lost on the property....

Lots of lives lost on every property.

Where you're sitting right now? Somebody died there once. Probably quite a few somebodies, over the millennia.

Apart from mountains and deserts, there's no place on Earth where there isn't a grave.

Maybe a Caddo Indian or two at some point, and a few rabbits.


In twenty thousand years? I don’t.


Is this ‘why are you on the Paranormal forum if you don’t believe in ghosts?’ Oh dear. Is there a necktie rule as well? I don’t even have a shirt on.

But you’d be surprised at how much I know about Aleister Crowler, Macgregor Mathers, The Order of the Golden Dawn and, of course, Led Zeppelin.

Your knowledge of Zeppelin / Page was obvious from previous posts, I was just curious that's all.

I am of the opinion it's more than just a house, but to each its own.

Now, your knowledge of the property where I reside is less evident, but it's off topic anyway...