If YOU were the next POTUS...

I tend to drop "Department of" when I speak, it's just habit, forgive me? I figured you were not against educating children LOL

What I am saying is that we very much do need to preserve our social welfare and disability programs and protect our seniors and disabled citizens. But Bernie would seriously jeopardize those very folks he wishes to help with income redistribution programs, over regulation, and very high taxes. This kind of socialism will only reduce corporate earnings and crash the stock market as well as drive many small businesses into failure when they can no longer meet payrolls and have to lay folks off in high numbers. Despite Bernie's high blown rhetoric, he can only bring the country down into recession. Then where does all the money come from to pay for the programs? Lunch just isn't free. We need solid employment numbers to receive the revenue necessary to run the government and provide for the safety net.

originally posted by: AgarthaSeed
Hey all! Hope your new year's off to a good start. Here's some food for thought..

If you were elected in 2016 to be the POTUS, what would your main objective be?
What issue or angle would you address first and foremost?
What is your solution?

Age 55, one million dollars tax free retirement plan at age 55 with a few stipulations
you have to quit your "present job" that leaves a job opening for the next future retiree...
not saying you cant buy a business be your own boss do what ever you want with your money.

if you own a house you have to pay it off .

if you own a car you have two pay it off,

if you dont own a house or car you have to buy one infull.

your health insurance is provided for free...
we just sold lots of houses and cars with lots of job openings....

Property tax & all federal state taxs must stiill be payed in full....no more public aid.....
theres allways some one turning 55, after they pay off all there bills.... if they spend there money wisely its not a lot. they would be set for life.
Public aid would be for desabled, very desable, very very desable, everyone else, if they choose to work can look forward to age 55.

if your rich allready and over 55 everybody needs a million...union can still promise a retirement but its nothing like your uncle Sam..

The other countrys are on there own were out.......

Our boys are comeing home, we will use all there skills for home land security , and our new buildings &
Eco structure ..
elegal alians remember the alamo welcome to America.
..more money...Mexico will be a state more jobs more revenue in taxs..... more money$$$

Thanks for remembering the Alamo!

Free housing units for all citizens.

Illegal to raise a child, all babies are turned over to custody of the Nation.

Since all housing is free, you do not own it. You must open your doors to and share your food with passing strangers.

Everyone is executed at age 88 for "collective sin".

Religion is outlawed and punishable by death. Only the Nation can be worshiped.

The Nation must be worshiped and all citizens are required to pledge their allegiance five times a day facing Washington DC.

Washington DC is renamed Washington AC/DC for no apparent reason.

All supermodels during their first year of work for the Nation must spend one week at the White House.

Open Immigration is not only tolerated, it is mandatory. All citizens must relocate to another part of the world once for a length of 5 years before the age of 40 and must procreate at least once during their stay.

All guns will be made illegal and confiscated door to door, coast to coast.

All Television shows for all networks must have one gay character, one interracial relationship, one adopted alien "pet" and one dysfunctional, morbidly obese uneducated white girl.

You're quite a comedian, Manny. We need a sense of humor in these times alright!

posted on Jan, 28 2016 @ 11:58 AM
link
1. Give back all the land that belong to the Native Americans.
2. Cut back military budget and give to health, welfare and education.
3. Strict finance laws governing wallstreet and investment firms and fund management companies.
4. Gun control. Gun control. Gun control.
5. Tapping oil reserves instead of importing.
6. Economic startup packages for struggling states like Mississippi, Michigan, Louisiana...
7. Prison reforms...too many prisoners...too many prisons...not enough rehabilitation...it's becoming a conspiracy in economics...they're becoming cash cows already.

Just some of my thoughts. Interesting question OP...enjoyed the pondering.

Help for states such as Michigan is a solid idea as is greater equity with regard to our Native Americans.

But our military has already been cut to the bone under Obama and must be bolstered, not further reduced.

Reasonable gun control makes sense but not to the point where same interferes with our second amendment right to bear arms.

I'm against excessive regulation of Wall Street as it would reduce corporate earnings causing major companies to cut back and lead to a worsening of the unemployment problems we already have in America today.

We thus need a moderate centrist approach to government that avoids too great a swing either to the far left or to the far right in my opinion.

No, In the name of making america a safe place, a superpower once again, respected, and trusted as an ally to those who arent sponges.

We need to be a respected super power again so that our NATO partners and Israel can turn to us for help and know we'll be there for them!

We've been there for them. It's not getting better.
Time to lay down arms and try something new.

Truth is not determined by a show of hands.

One person who is right is a majority of one, and making America an isolationist country is not right no matter how many or how few may favor it. Your idea of truth is your idea. It doesn't happen to be my idea.

But the truth (The Truth) (like 'god' vs God) is not determined by a show of hands, ken.
It just isn't. One or 100 billion - the number of adherents does NOT affect anything.

On the other hand, if everyone put their mind toward a common goal, things just might happen.
But - that'd be 'blasphemy' I'm sure...... 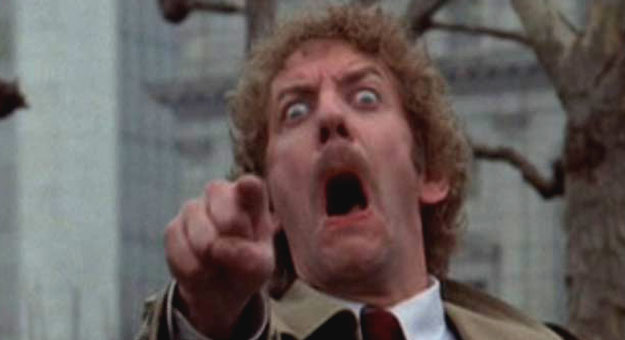 The Truth doesn't require ANY BELIEVERS or ANY KNOWERS to be The Truth. It would be The Truth all the same.
So there.

Putting it that way, I agree.

*curtseys*
I rest my case, your honor.

*curtseys*
I rest my case, your honor.

Thank you for the thumbs up, Buz!