Christian Scholar: The Bible is More Violent Than the Koran

originally posted by: heterodox
Christianity and Islam are religions of the sword and share a blood soaked, brutal and genocidal past and present. Our only hope is to evolve past these systems of belief whose gods demand the putting to death of all those who do not believe as they do.

Capitalism and nationalism are ideologies of the sword and share a blood soaked, brutal and genocidal past and present. Our only hope is to evolve past these systems of theory whose existence demand the "collateral damage" of all those who do not believe as they do. Take away all religions and there will still be just as many wars, murders, robberies, rapes, abductions, etc. The human desire to harm others is the problem, regardless of those people's ideology, religion, beliefs, or lack of beliefs.

Also, Islam is what got me to reject conquest & greed, not the other way around. Many believers like myself do good things to make up for wrongs we've done in the past or as offerings to God.

posted on Jan, 3 2016 @ 10:12 AM
link
Remember the last time that hardcore Christian fundamentalist posted videos on liveleak showing civilians being decapitated and mosques blowing up.
edit on 3-1-2016 by Konduit because: (no reason given)

posted on Jan, 3 2016 @ 10:48 AM
link
a reply to: Konduit no but I remember the last time one walked into a clinic and murdered people. That was only a few weeks ago in good ole 'Murica

posted on Jan, 3 2016 @ 10:51 AM
link
The most interesting thing about this thread is that the OP discusses which BOOK has the most examples of violence, but the discussion is about which people are the most violent.

originally posted by: mahatche
The most interesting thing about this thread is that the OP discusses which BOOK has the most examples of violence, but the discussion is about which people are the most violent.


Because books mean nothing in our world except the response humans have to them.

originally posted by: peter vlar
GW Bush claimed god talked to him and guided his path to war so...


And since we all know politicians never lie, it must be true... 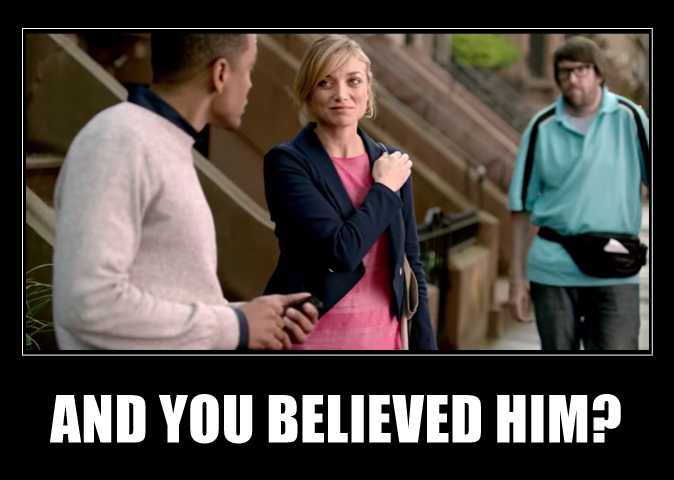 Whether he lied or not isn't really the point. The fact that he made the claim that the Christian god was guiding us into a war that had no basis in fact or merit was the point. But hey, the fact that you replied to me directly and didn't leave a wall of quote mines might be proof of a god after all!

Really? Look up "2 Men Lay Beheaded, Killed By The Knight Templars Cartel" on liveleak. (WARNING: Graphic Video). Or do those Christians not count, even though they consider themselves Christians? Liveleaks has other videos of their hideous acts of barbarism, too.

Or do those Christians not count, even though they consider themselves Christians?

Anyone can claim to be Christian. In the Gospels, Jesus warned that ravening wolves would pretend to be peaceful sheep (Matthew 7:15), and that many would come in his name to deceive (Matthew 24:5).

Jesus said that those who pick up the sword, perishes by the sword (Matthew 26:52), and that we should love our neighbours and enemies, bless those who curse us, do good to those who hate us and pray for those who try to persecute and despitefully use us (Matthew 5:44-45).

Jesus Christ even says that Compassion (treating others as you would like to be treated) is God's Law and to stay on this Narrow Path of Life (Matthew 7:12-14).

Jesus taught non-violence, so those killing in his name are not following his teachings.


When Jesus saw a women about to be stoned to death because of their religious beliefs, he said, "Let he who is without sin cast the first stone", and they left her alone and he saved her life (John 8:7-12).

Jesus does not tell anyone to use violence. Even when the Roman soldiers captured him he told his disciples not to fight back.

Anyone can claim to be Christian.

Anyone can claim to be Muslim as well.

Claiming to know which Christian or Muslim is fake is absurd.

originally posted by: Deaf Alien
a reply to: arpgme

Anyone can claim to be Christian.

Anyone can claim to be Muslim as well.

Claiming to know which Christian or Muslim is fake is absurd.

That "argument" really gets old.

I know. I even respect the Essenes and the Prophets Essa/Jesus and John the Baptist greatly. But that doesn't change the fact that people who call themselves Christians behead and mutilate people and post it to liveleaks. That's what my post was about.

Neither of us may think they're following the right path of Christianity, but that's also how I feel about the "Islamic" terrorists. I believe both types of extremists have corrupted the religions they claim to follow and are disregarding the basic tenets of each religion.

Violence "in the name of" is endemic in Islam. The Christians sorted out their denominational differences 500 years ago with the Catholics versus the Protestants. The vast majority of carnage and terrorism is directed between the Sunni and the Shia denominations. The vast majority o deaths in Iraq (for example) were not due to US or Coalition bombs, but those set by Muslims against Muslims.

Did they? What about the troubles in Ireland?.

Did they? What about the troubles in Ireland?.

The Troubles in Ireland were initially a political struggle played out within both a sectarian and nationalist framework - Catholic v Protestant / Irish v British.

In reality it became a battle between racketeering gangsters more concerned about profit and control than religion or even politics.
These gangsters used sectarian divisions to exploit people.

Fortunately great strides forward have been made in Northern Ireland.

The Troubles were the exception that proved the rule - most Catholic / Protestant enmity was set aside centuries ago.

The same can not be said about Sunni / Shia divisions today.

This is a great thread with well presented information. It's a shame that many on here wanting to continue to expound their fears of Islam didn't read it in order to just say the same stuff you unconfirmed in the OP.

originally posted by: ketsuko
Considering the Bible is partially a history of a violent time ... I wouldn't expect it to be nonviolent.

By that same token, you should admit that we are living in one of the least violent times EVER. Which is true statistically.

Violence "in the name of" is endemic in Islam. The Christians sorted out their denominational differences 500 years ago with the Catholics versus the Protestants. The vast majority of carnage and terrorism is directed between the Sunni and the Shia denominations. The vast majority o deaths in Iraq (for example) were not due to US or Coalition bombs, but those set by Muslims against Muslims.


I disagree. First, Christianity did not sort out its denominational differences 500 years ago w/the Catholics vs Protestants. That's when the split first erupted, not when it was "settled".

Second, what counts to you as "carnage & terrorism"? Have you actually looked into the American attacks on abortion clinics; the Christian American KKK & White League's constant attacks on African American Christians & churches from the end of the Civil War until the last few decades; or the Central African Christian attacks & riots against Muslims?

Also, why don't you count the "carnage & terrorism" committed by individual Christians or Christians in our militaries? Nearly or every Western nation is still a Christian majority country, yet they are all constantly at war globally. Do those "collateral damage" murders not count? How many countries have Christian majority countries destroyed just since the War on Terrorism started? Does that destruction and mass loss of life not count? Even though it's mostly self identified Christians who've been pulling the triggers, dropping the bombs, maiming & displacing civilians, and torturing, I mean, using "enhanced interrogations" on people. These double standards are ridiculous.

BTW, do you know what "signature strikes", "night raids", and "bugsplat" are? And did you know the West has done drone strikes on weddings & funerals during the War on Terrorism? The very first cruise missile attack we did against Afghanistan after 9/11 was on a wedding. There were more than 110 guests there & only 1 survived. How is that not terrorism? Intentionally blowing up weddings and funerals is terrorism, period. Many Western Christians are even more violent than everyone else, because they don't even see their constant overt & covert wars as "murders". And they use euphemisms to sanitize their constant calls to attack other nations, like "regime change", "military interventions", "no fly zones", "preemptive strikes", etc. As if using nicer words will change the fact that our citizens and nations are constantly calling for more murders against people globally, especially when we know the ordinary citizens will always be hit the hardest by these attacks.

And third, you're really bringing up deaths in Iraq now? Do your calculations count the 500,000 plus Iraqi children who starved to death because of Western sanctions before the war even began? Or the incalculable number of civilians killed or permanently disfigured because of the effects of our depleted uranium? Or do those deaths not count? And how about the Kurdish deaths Saddam caused when using chemical substances acquired from the West? And guess what, there wouldn't have been an Iraqi Civil War in the first place if "Mr. New Crusade/Axis of Evil" and his "coalition of the willing" didn't destroy the entire infrastructure, disband the major political parties and the military & internal security forces, and then sit back and watch as the country burned.

The West literally provokes the fires, arms the would-be fighters, kills the strongmen who were holding back the would-be fighters, and then "complains" when people start fighting. Libya & Iraq are glaring examples of this. If you really care about the violence in those countries, maybe you should join our calls to get our governments to stop arming the people over there. Because this "civilized" Western policy right now is like arming the Bloods gang, killing off all of the community leaders, and then complaining when the Bloods target Crips members. And sitting back saying their religion is really violent, even though the people are actually killing each other over money, power, territory, and personal grudges. Which is ironic, because Islam & Christianity actually teach us to overcome those things.