They Live in the News...and create the news

posted on Dec, 30 2015 @ 07:09 PM
link
John Carpenter nailed it in the movie They Live as well as the movie The Thing. I've been monitoring them in the news for quite sometime. I've recorded them and photographed them. At times they can't hold human form--mostly the eyes, hands and teeth. Their hair tends to look dead and lifeless, much like a wig.

The highest paid journalist in the world is herself an alien, or non-human. Her name is Christiane Amanpour.

If the youtube video doesn't play paste this www.youtube.com...


Exactly whose hand is she going to force??

Brother "They live" was one of the best under rated movies of all time and had for it's time
one of the best fight scene's that had me laughing in my armchair, the actor's were marvellous and the plot was excellent.

While I am not saying it is impossible for that to be an actual reality I do genuinely not believe these reporters are Alien's from another planet but here is my spin on your idea.

The News is controlled propaganda even in the west often catering to the whim of a powerful group of ultra rich scumbag's and it seldom tell's you the unvarnished truth if it did the like's of ATS would have no market and no subscribers not to mention the many time's greater number of regular browsers and lurkers whom are not members.

There may very well be a conspiracy of epic proportion's orchestrated by nefarious international group's whom are subverting the national government's of all the western powers (or have always done so) and I am not saying that they are not alien but I do doubt it though I do believe this same group have suppressed a lot of information about aliens (whom I personally believe do exist though I also believe most UFO encounters are actually demonological in nature).

They live was a veiled warning and I believe carpenter was making a round about accusation of the powers behind the government and there evil intentions, keeping us in a state of constant semi hypnotism (Lithium in the water for example) and controlling even thought's as well as using brain washing techniques freely in all the media (advertising agency's are the civilian expert's but these people are far more subtle and work over a long time span so don't have to worry about product life cycle's).

So Yes the media is controlled, Yes they have taken control of our national government's at many level's even up to the very top, Yes we are brainwashed and conditioned as well as poisoned with mind calming and even hormone controlling chemical compound's and Yes it is done by an undeniably evil group of people but?,.

No I doubt they are alien interplanetary travellers (though this group would gain from making you believe such) and No they are not lizard's (though demon's can be regarded as other dimensional entity's if you are so inclined but I doubt such possessing entity's would show up on a camera).


Now I have to point this out though it is against my opinion.

When the US detonated the first atomic bomb it probably sent a distinct signal into space far more powerful than any radio transmitter and this could have been detected, many more powerful nuclear tests followed as many nation's jumped on the bandwagon and wanted there own ultimate weapon of mass destruction and each of these tests would also have made a pulse like the first one which could have been detected.

So while I do not believe Alien involvement in this and rather prefer NWO and other scumbag luciferian illuminate type cult member gangsters I can not emphatically deny that they could interfere though I do believe it is extremely unlikely.

I wish you well but please remember whatever political message Mr Carpenter may have encoded into his film and whatever warning I believe it was really just an entertainment piece but a very intelligent one, still I could just be asleep and in the word's of a far more expensive and far less worthy movie based on frank Herbert's Dune "The sleeper must awaken" no matter whom is trying to keep us asleep be that alien's or scum bag power brokering cultists calling themselves Illuminate and practicing the exact opposite of Christ in there doctrine.

There pyramid show's the mass' of people crushed to death at the bottom of there pyramid by the scum that set themselves over them as rulers but the Christian symbol if drawn would show the exact opposite, the king taking the weight and holding the people up in his arm's.

Now as for alien interference on earth I do not know but as for the Illuminate or whatever they call themselves I do know they are real and they are opposed to Christianity in every way they can be including over the ages infiltrating the organised church's and corrupting the Christian faith, they are not the work of Simeon Weishaupf though it is conceivable they hijacked HIS illuminate but they are indeed a much older group and included the House of Hannover, the Rothschild (Bauer) and earlier the Medice's and the Borga's in there evil rank's as well as such luminarys as Madam Bathory and indeed they may trace there legacy back to some among those whom Fled to what became Venice after the fall of Rome.

They are not aliens but they are evil and they control the money and the ruling family's if this world, they may even have a false emperor and a genuine NWO plan but in this day and age look to the Bilderbergers.

Now lastly they are Alien to us as they lack empathy and are actually psychopath's and sociopath's.

This makes SOOO much sense now!!! 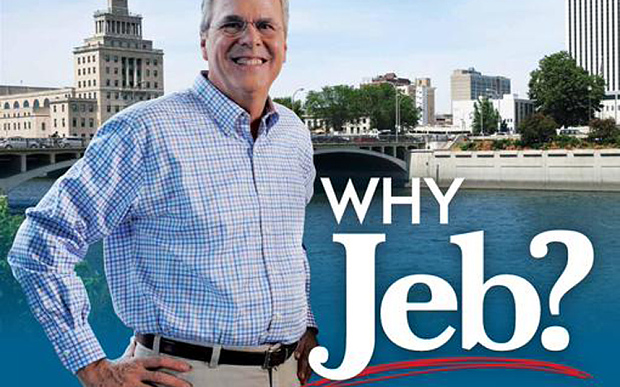 Right if you have never seen the movie it is a bit dated now but still a great film (Or I think so) so here is the url to a youtube full version, it may not be available in all country so just google or bing or whatever "John Carpenters They Live Full Movie"


The basic plot is a man is drifting looking for work as he makes his way across the US in new Depression (made in 1988), he find's work as a labourer and a place to stay in a shanty town on the field next to a church, one night he notices some strange going's on with a group of people in the church and in his curiosity he stumbles on a resistance cell whom have discovered that Alien's are controlling the media and keeping the people brainwashed and hypnotised but with a special typle of sunglasses he find's in the church he is able to see the truth behind the hypnotic media and also to actually see the alien's, most cop's are actually alien's etc, this triggers the adventure in which at the end the hero gives up his life to break a transmitter that is saturating the air waves with the Alien mind control signal.

Forget the Alien part and substiture black op's and corrupt NWO and it makes a lot of sense in the current conspiracy believe climate and who know's maybe John Carpenter was simply putting the message out there in his own way.

It looked like the video the OP presented was pointing out a miscolored hand. I don't know for sure since I just skimmed through it. I guess the OP is aware of a shadow government and aliens, but not actual shadows

originally posted by: Jonjonj
I didn't watch the video but WUT???

You didn't miss much

No no...I have seen the film "they live". It was one of my faves as a kid, the fight in the back alley was tremendous. I just wanted to say WUT because I thought the video was related to the OP's premise...which I found to be a bit...never mind.


originally posted by: Jonjonj
I didn't watch the video but WUT???

You didn't miss much

I love a good cartoon lol.

Typical how the OP can only provide phone footage of the video instead of original aired footage.

originally posted by: _BoneZ_
Carry on...

I think that your edit would be fun to read, I am guessing but yeah.

Cuz it's a cut/paste job of this photo 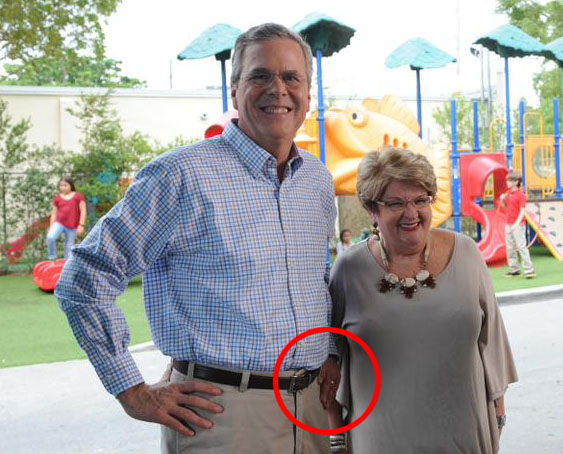 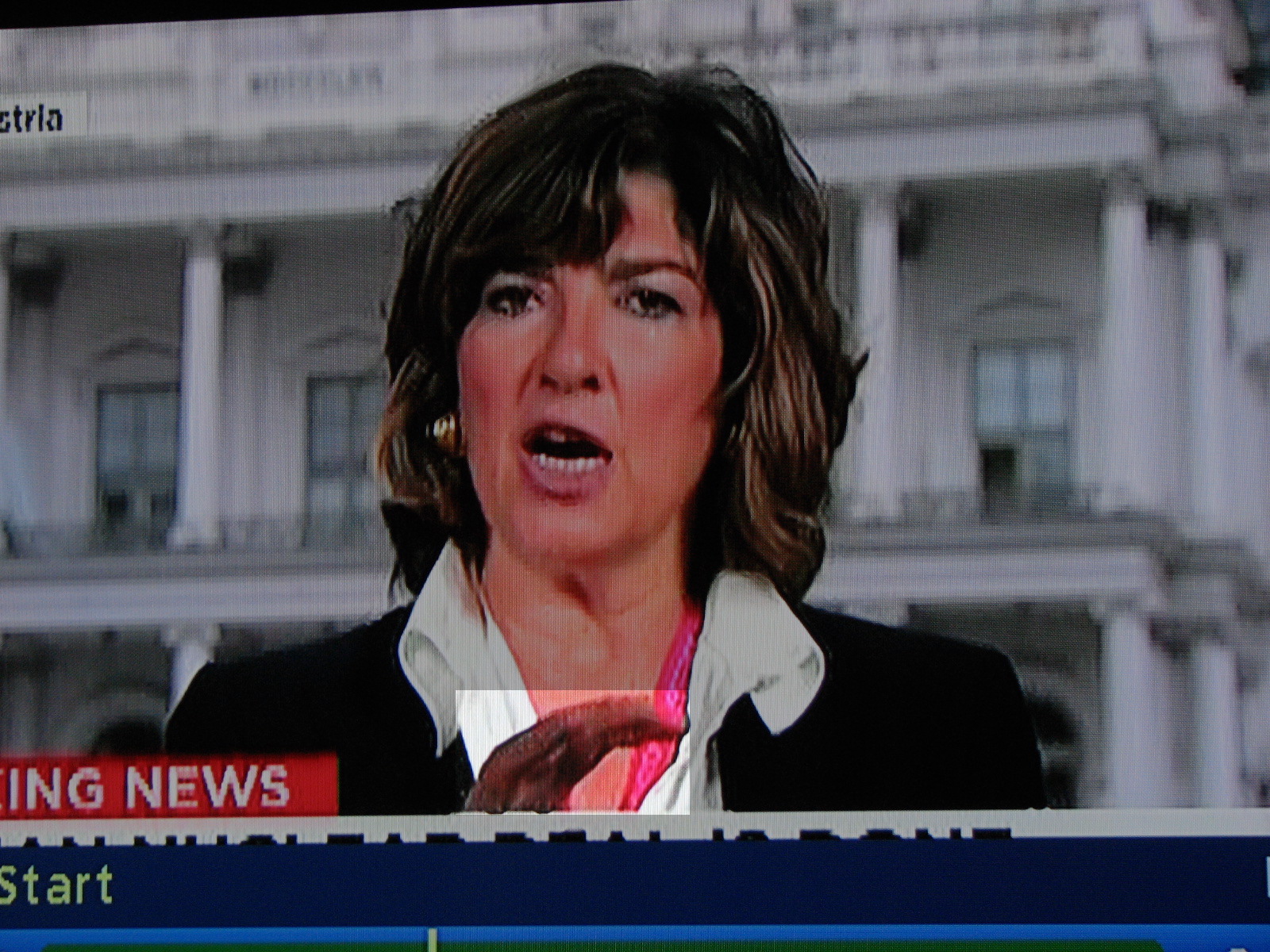 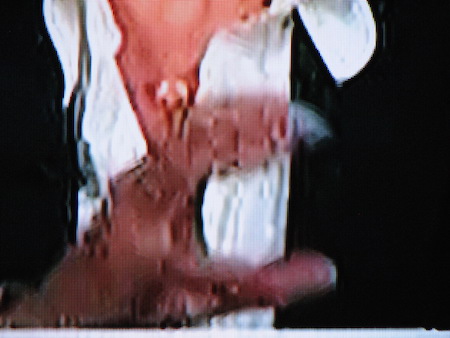 originally posted by: Vector99
a reply to: skunkape23

Cuz it's a cut/paste job of this photo

Clearly a cut and paste.

Please do some research on digital video interlacing (or "interlaced video").