Am I The Only Who Feels Trump Running to Hand the Election to Hillary?

page: 1
22
<<   2  3  4 >>
log in
join
share:
Vaedur
+5 more
posted on Dec, 30 2015 @ 10:21 AM
link
I almost feel like this whole thing with Trump is a political setup to keep the Clinton's in power. Trump gets his greatest on TV role. Reps know they can't have him get the nomination. He runs as third party, splits the republican vote, Hillary wins. The only counter the Republicans can make is to have him their candidate, which would ruin the party in the long run. I feel like this whole thing is a big setup on the American People.

It will be the third election won by a Clinton due to a third party taking republican vote IMO.

Anyone else feel that way?

Bennyzilla
+6 more
posted on Dec, 30 2015 @ 10:24 AM
link
I think that's something you've been led to believe by people who aren't in favor of Trump and are trying everything they can think of to plant seeds of doubt.

Kinda came up with that on my own.

Whats this thread about then?

Yeah I hear ya. Been saying this from the beginning right after I learned Bill gave Trump a call and indirectly advised him to run this time. Except, it's kinda turning out to be just like the south park episode. It was only supposed to be a joke but it went too far. The more Trump tries to make himself look bad, the more the people love him.

posted on Dec, 30 2015 @ 10:42 AM
link
I think I would be mad if Trump wins and then chooses Hillary as VP. Although I'm pretty sure Clinton will win due to the purchase of voting machine programming.

If Trump runs 3rd party...he's gonna split the dem vote too...you can take that to the bank

Enjoy your elections guys. Its gonna be so fun being on the sidelines.

originally posted by: NightFlight
I think I would be mad if Trump wins and then chooses Hillary as VP. Although I'm pretty sure Clinton will win due to the purchase of voting machine programming.

He'd have to be independent to do that, and Hillary won't drop the DNC for a VP spot that's for sure. No way the GOP allows a split ticket.

No, you're not the only one ... it's precisely what it looks like.

This is what I originally thought when he announced his candidacy but I think their strategies are changing. In the GOP's current state, I don't think any of their candidates have a chance against either Clinton or Sanders. I think the GOP will soon realize (if it hasn't already) that keeping Trump in their fold will do the least damage of all other options.

You simply can't get away with the kinds of things Trump says in the post-nominee debates where fact checking becomes a national news item. Yet the other GOP candidates don't have nearly the same level of populist appeal.

A this point, I don't think it matters what Trump does in regards to being nominated, dropping, or running third-party. The Republican party, until they are entirely reformed and rebranded, will never ever win another national election.

This is an example of how suck @ss the GOP system is .

For the last couple of years there biggest worry is having one of their own candidates splitting the party (Ron Paul now Trump). Also how suck @ss the GOP has been that the GOP campaign slogan has been to vote for the lesser evil.

Perhaps the real issue which should be focused on is the quality of GOP candidates and how suck @ss they have been, that the people are actually considering that idiotic trump as their candidate.

However, don't really stress over it because the GOP and the DNC are not there to ensure that the right party gets elected but rather the right Oligopoly friendly candidate gets elected. In the end the RIGHT Oligopoly candidate will be chosen FOR YOU, you have little say in it.

Its cute people overlook the facts that regardless if the DNC or GOP party is in control , especially the Republicans the US tax payers get the same results from both GOP and DNC endorsed candidates.

1. Bigger gov't
2. Less individual rights or privacy.
3. More taxes
4. Bigger Debt
5. More Oligopoly friendly laws that screw the us tax payers or kills competition.
6. Constant world Chaos
7. Declining education
8. Never addresses the same issues that have existed for decades if not centuries.
9. Rehashes the symptoms and never discuss the truth or the REAL problem.
10. Under no circumstances do either party endorsed candidate discuss in detail or focus on the monetary influences in DC that is the cause of all our symptoms : healthcare, jobs, medicaid, over spending, insurance, etc.....

But this year voting for DNC or GOP endorsed candidate will make a difference.


I believe this to be true as well -

To understand the contours of the OP's this theory, it’s helpful to understand where it came from. A Google search suggests the first person to remark upon Trump’s indirect assistance to Clinton was the anti-war activist and “conservative-paleo-libertarian” Justin Raimondo. In a long blog post dated July 13—just a few days after Trump stole Jeb Bush’s lead—Raimondo argued that the timing of Trump’s entry into the presidential race, which the candidate had long hinted at but until this year never followed through on, could only be explained by a hidden “Democratic wrecking operation” designed to assist Clinton’s parallel campaign:

Thats been my theory.
I have been saying it from day 1.
Before he tossed his hat in the ring,him and Bill had an hour long meeting from what I understand.

posted on Dec, 30 2015 @ 11:26 AM
link
I see members in this topic who have said presidents are pawns with no real power who now all of a sudden believe their vote counts and believe Donald can change the world.

Yes, he is a very deluded man.

I say good luck to his fans, there going to need it

I see your point; however as the campaign"election" comes closer, people do change their minds and opinions of candidates. For example, I used to dislike Hillary Clinton. Now, I execrate her 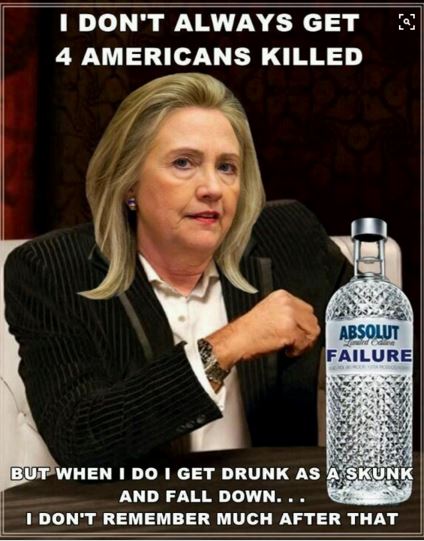 posted on Dec, 30 2015 @ 11:48 AM
link
That is a common theory because while Trump is popular with part of the GOP he is repulsive to everybody else. Nothing would galvanize the opposition than Trump in the GOP spot. Most Americans are moderates and they would turn out in droves to make sure Trump was beat. It would be a crushing defeat that could lead to the death of the GOP which is why they are so desperate to get rid of him.

When you look at his recent past of being Hillary supporter, donating to her campaign, praising her, bashing on Bush Jr, and singing Obama's praises it is easy for people so see something nefarious in his sudden change of heart. However, this is Trump. He will say anything to get attention. And he does not expect to be held to what he says because he is Trump.

posted on Dec, 30 2015 @ 12:06 PM
link
Trump is just doing what the GOP has instructed him to do....make Jeb look like reasonable alternative to a media clown.