Well, I'm going to school for computer studies, I live in a small town, and am working in PR / Supervision. I am very interested in spy stuff as I'm planning on writing a book in the spook genre. Not anything that would reveal some juicy secrets but something along the lines of Spook 101 Perhaps what draws me toward the Intelligence culture is the lack of stiffling beauracy in getting things done. My favorite games are computer strategy games. I'm not so much interested in gaming consoles, but prefer computer games. As for my character I don't like evil people, especially wolves in sheeps clothing; that includes trolls, liars, and perverts. I'm a Libertarian. As for my hobbies, I am very well versed in using GNU/Linux (the operating system that does not suck). I also like geek toys like propeller beanies, though I don't own one myself. My favorite beer is from the Coors Brewing Company, both Coors Light and Coors Banquet. I consider myself to be a "White Hat Hacker." This is the kind of computer professional that does good stuff as compared to a Grey Hat or Black Hat. White Hats only do legitimate hacks (such as penetration testing authorized by the organization). Black Hats are criminal hackers. And Grey Hats are somewhere in between. I'm into dubstep and alternative music, though sometimes I enjoy the oldies. As for sports I enjoy downhill skiing. My favorite past time is lying outside listening to an audio book or going for walks on hiking trails. I used to bicycle everywhere, but not so much now, I like walking instead. I like Alex Jones and Coast to Coast AM. That doesn't mean I believe everything I hear from C2CAM, as some of the stuff is just plain weird, but I enjoy listening to other peoples opinions'. I've been listening to Alex Jones since around 2005. I like the content and respect the talk show host.

Well, that's me. Please reply to my message; I look forward to hearing from you.

Welcome! Sometimes the truth is strange, but being strange doesn't make something true.

They are warm and fuzzy and cute

Yes they are, I have two kittens.

posted on Dec, 29 2015 @ 03:42 PM
link
Well, to further introduce myself I'll note some things that I have found around the Internet that may be of use to the ATS community.

Also, to give some more information about myself. I am very much into field recording. I have worked in audio archiving and love using massive HiFI equipment.

I feel that I should inform you that since your username references cats, you are required to create a Caturday thread every Saturday. You will need at least 20 posts before you can create your own Caturday thread. But since it is only Tuesday, I think you will be just fine in reaching the 20 post threshold by then.

Good luck and we'll be looking forward to your Caturday contribution.

Everything you need to know can be found HERE!

Nice into! Welcome to ATS 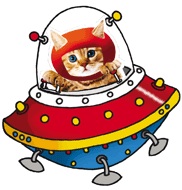 I only just discovered Midnight in the Desert with Art Bell not too long ago via an online friend. I think it's great, but have the same approach. lol. Welcome!


You sound pretty freaking awesome! I'm a proud parent of two kick A' cats! I'm also new here and trying to figure it all out, I think it takes some time...best of luck!

Welcome, relatively new here myself and can already see we share some of the same interest. I'm a fan of Jones myself. hope you enjoy hanging around. Won't take long to get the feel of things especially as tech savvy as you seem to be. Be seeing you around the threads. 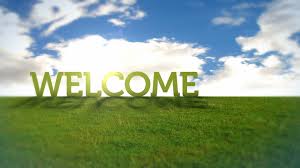 I haven't a clue to what you said but please settle in and you will find people who aren't as slow as I am.
Have fun.
WIS