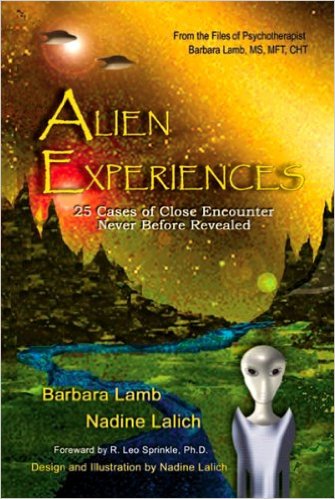 On YouTube there is a presentation she gave in 2014:

Part I of presentation by Nadine Lalich relating experiences and hypothesis regarding UFOs and alien contact at the UFO and Paranormal Society of Los Angeles on January 21, 2014. Topics discussed include: UFO sightings, alien abduction, alien species, hypnosis and memory, alien technology and agenda, testing, implants and related.

At the beginning of the presentation she explains that she couldn't talk about what happened to her for fifteen years.

She is a very serious, credible person in my opinion.

There is another video published in 2015 which contains an audio of her speaking about how she views her mission in life at this point in time:

just a quick tip...... can you explain what your OP is about?? is it advertising this book? is it explaining some upcoming series of events, etc,

that aside, her story does appear interesting, and has not appeared on ATS before

From her story, she states:

I was fully aware a Gray being was performing a painful procedure on my low back, which I believed to be another implantation.

it was approximately an eighth of an inch long and looked like a very tiny comb. This implant, I believe may have been placed into my nasal cavity.

does she have any medical proof?? Xray? are they still in place?

Also, this is interesting, but again hard to prove until it happens??

I was shown pictures on a screen by several Tall White entities, who suggested to me that the event they were going to show me was a future probability, and going to come to pass during a time when a mass arrival of extraterrestrials would take place upon the Earth. At first, I watched a large capsule, in the shape of a badminton birdie, descended from a clear night sky in the desert, some twenty or thirty miles outside of a city that appeared to be Las Vegas, Nevada 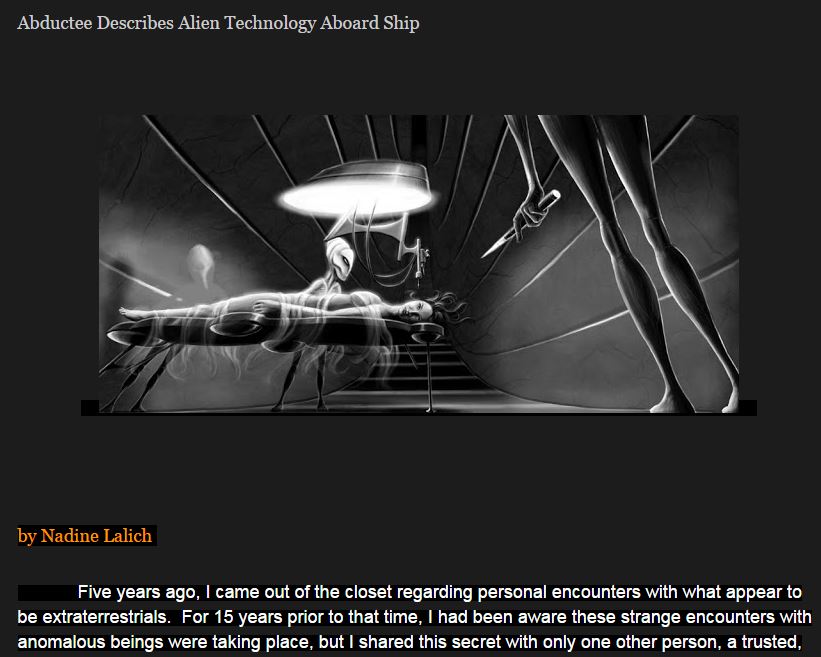 That's your second post now with a link to a book on Amazon with wild claims and ZERO, I'll say that again as it's important, ZERO evidence to back up their money making schemes.

This is no better than those Christians who charge people to hear their OPINIONS. It's ridiculous. Yes, people have to make money, but for the love of God don't exploit people, nothing like one common man keeping another down.

I would suggest listening and watching the video in the OP. Then listen to the second one, as well.

This is personal testimony. In my opinion, we have an intuition for a reason. We should use it as we pay attention to one another.