posted on Dec, 27 2015 @ 07:31 PM
link
Some of you may already have heard the report that humanity is dividing into two species and that the upper class of genetic superior will be 6 to 7 foot tall, intelligent, good looking with [SNIP]. The lower class of genetically inferior people will be small ugly squat, stupid, and physically strong and are said to resemble goblins. However the report wrote by Dr Oliver Curry was wrote specifically as states in the link for the men's satellite TV channel Bravo: this is stated 6-7 lines below the picture. This research was obviously made so that the men's TV channel can sell more beauty product advertising. The link to the story is below:

www.dailymail.co.uk...
edit on 12/27/2015 by eriktheawful because: Removed genital comment

One of the main problems I have with these people who look to the future is their irritating need to carry our technological failures over to the next generation.

They assume, because of the way technology works NOW, that technology will continue down exactly the same path with the same results with ZERO improvements and enhancements. Who could have thought the internet would exist only 50 years ago? Never mind 1000.

We don't know whether we'll have perfect bodies INCAPABLE of flaws. To say we'll resemble goblins is simply an idiotic assumption. If anything 1000 years into the future people will be even more 'upright' as we like to say. Only a world war would prevent that, one that sends us back to the stone age. We're not going to 'splinter' off though unless someone specifically designs it that way.

Its actually supposed to be 100,000 years. But basically it is supposed to be driven by women wanting good looking men, and men wanting the same but in fact even a couple of hundred years ago what was attractive was very different. Not that long ago being fat was a sign of great attractiveness, and now it isn't.

That is basically what Bravo is doing paying someone who is supposed to be a respected researcher to produce what they want so they can sell face creams and stuff. It just goes to show no matter whether someone is a Dr or not there is no low limit they will not delve to for money.

posted on Dec, 27 2015 @ 07:56 PM
link
Maybe, especially taking Western variables into account (increasingly aging populations and policies of multiculturalism).
The person with the benefits and privilege of Western science is seen as an ideal.
It's a minority position on the planet however.

There's too many primitivist and regressive forces.

We might have to pray so much at gunpoint in the totalitarianism future that we're just a smallish head and body, and a huge butt with knees that can no longer stand up straight.

This thread will be shut down quickly if it can't be kept that way.

posted on Dec, 27 2015 @ 08:10 PM
link
It's highly unlikely that humanity will again split into various hominids.
This is a scenario of what probably happened in prehistory projected onto the future.
It might happen, but only if colonies of humans are left on other planets, or there are vastly different isolated environments over a long period of time.

Bronze-colored?
Yeah that might happen, but we'll still be Homo Sapiens.
If we're going to be that close as ethnicities, then I don't foresee us splitting enough to become separate species.
Quite the opposite.
It seems a bit strange to argue both for merging and differentiation.

I'd rather see people starting to farm the oceans big time, and people at the coast developing adaptations to the water.
Maybe gills or webbed feet and hands.
But we'll still inter-marry.

posted on Dec, 27 2015 @ 08:13 PM
link
I wish people would not just readily believe everything and test things to see if they're true. Humans will be humans. Will our descendants be much different from us? Probably. But I would imagine they would still look and act very similar.

Humanity has been this way for sometime considering the gap between the haves and the have not's our our society is only getting wider as the days go by. Think there are far more nefarious reasons at play than selling beauty products all the same.
edit on 27-12-2015 by andy06shake because: (no reason given)

I also imagine something will happen with gender concerning humans.

In 100 000 years we'll probably have three or more genders.
The first anatomical (outward) male will probably get pregnant in 20 000 years.

Lots of botox to hide the shock.

Dont know about that considering history has a habit of repeating itself simply because we refuse to learn from our past transgressions and mistakes.

Humanity pretty much suffers from the same problems and woes that it has had in its past, those being financial ups and downs, resources or lack of such and lets not forget religious bigotry.

Same crap slightly different aroma if you ask me.

All groups are doing something, legally or illegally.
Harmless or deadly.

I'd say not directly, it's mainly cosmetic for the individual.

However, when DNA testing becomes more exact and parents can choose the looks, sexual orientation or talents of their child (say for example by checking out the sperm or overy), then we will change natural evolution.

This will probably still happen in my lifetime.

Is that good parenting, or playing God?
Sociopaths are very successful - what will people do or choose for money?

posted on Dec, 28 2015 @ 09:20 AM
link
I often worry about a future where something similar happens but more likely because as we progress our understanding of DNA and how to manipulate it (which we seem to be pretty good at now). We are already seeing clinics where you can choose traits of your child such as their eyes.

As this becomes more fine tuned and prevalent I can see social classes drifting further apart where you have a small percentage of the population that can afford the best trait selections as opposed to those who can not afford to pre-modify their children. The less fortunate and natural born children won't be as competitive in lucrative job fields (which will decline as automatons become more prevalent as well). So basically we will have super GMO kids vs old fashioned but hey... 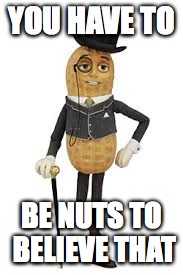 The problem is that dna is turning out to be a lot more complicated than people thought it would be and many genes work in combination. Also the genes for the very best will never be available because such extreme traits will bring disadvantages: for instance want a child with an iq of 130 no problem but want one with an iq near the testing limit of 200 and you will find that traits the parents will find bad will appear and such a child would be difficult to raise due to their insight; want a child who is a fast swimmer no problem want an olympic level swimmer and you will have a child with a small head, enlarged hands and feet tall and in fact deformed; want someone with a good musical ear great want a Niccolo Paganini then you have a problem because he had several unusual conditions one of which caused him to have huge flexible hands. Put all of these positive but not overwhelmingly traits together and you may find simply an average child or good average, because like I said genes work in combination.