Women and Minorities love Trump? It can't be....

Thousands of women — the very people the mainstream media says shouldn’t like Donald Trump — turned out to see the Republican frontrunner at a packed Michigan rally in Grand Rapids Monday night.

Multiple sources tell The American Mirror over 30,000 tickets were distributed for a venue that held less than 10,000 people.

We were on hand and talked to several women — including one sporting a “Hillary for Prison” t-shirt — about why they support Trump.

We have women under 30 who are saying they are registering to vote just to cast one for Trump...hmmm, that does not fit the narrative.

Then, there are the minorities. They are against Trump right?

“I think African-Americans are waking up to the fact that liberal policies are not working for us,” another woman said.

She was asked, “the mainstream media tells us that women aren’t supposed to like Donald Trump. What do you say to that?”

“I love Donald Trump,” she responded. “I think women are far underrated if we should be stupid enough to vote for a woman because she’s a woman.”

“The American dream is dead, but I’m going to make it bigger and better and stronger,” Trump said during the rally, according to the Detroit Free Press. “This isn’t the real silent majority. It’s a very loud, very aggressive, noisy majority.”

Throw in the latest Reuters poll showing him at over 35% still and it seems that the Hillary just might get schlonged again.

posted on Dec, 22 2015 @ 10:39 PM
link
Its a bit tragic that celebrity sells in politics.
Maybe this will bring in a plethora of ex celebrity politicians

Arnie would have run for Pres if he was allowed I recon, don't think he would have got the top job though, who knows

Only bomb-building, abortion-shooting fat, stupid, white men like Trump. At least, according to ATS.

Who are these insane madwomen that you speak of?

Clinton's a pig and so is Trump. I guess I'll have to choose between two pigs. 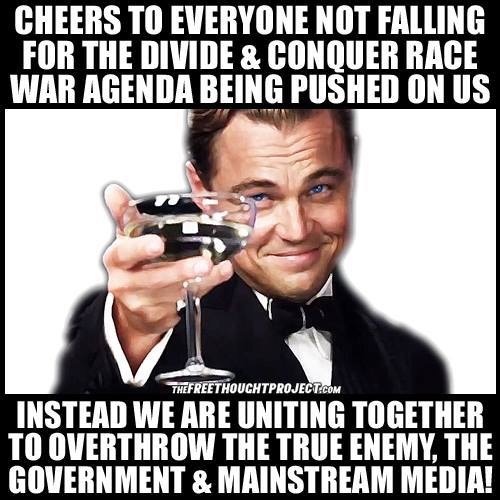 originally posted by: NowWhat
a reply to: JDmOKI
Pigs in Zen
Idiots Rule
Nothing Shocking

You can not Beat Trump by pointing out his intentional Mistakes.

It gives him more free Coverage.

People keep hearing his name over and over, then a Rally for him shows up in a Town, people who have heard his name over and over go to it and listen to the man, (Big clue he is a Business man who has learned to be an Entertainer it is the closest thing you can get these days to a George Carlin Concert) He presents his big picture at those Rallies, stuff that would be too dangerous for the MSM to put full in context quotes out there. In the Rally he throws a jewel or two to let the media focus on like the Shlong... Which Starts the Process all over.

He has the Heart beat and knows how to play it.

And That is why he is Dangerous to Everyone, He has the next "Hope and Change" Message... Really the only one that would do the job of drawing more and more to his Crass personality.

Didn't anyone pay attention last Few Election Cycles He was skirting around the Edges doing Market Research on what worked and what did not.

I saw his looking at the start of Billy boys second Term....

He is playing to win, and playing for Real.

The only way he can be beat at this stage is to media Black him out... He gets the primary, he has enough mud for Hillary (assuming the DNC decides not to feel the Burn [sounds like a hemorrhoid ad]) with one Line.

"I bought you, who has bought me?"

In all other Aspects he is running an almost perfect Tongue Firmly in Cheek George Carlin Style Campaign he wont come out and use the 7 deadly words, just every unPC word he can find.

They have to make him spend his war chest to be seen or heard, any free press good or bad only builds him up.

Your right the more the media attacks him the more popular he becomes its interesting to watch.


That may be the BEST description yet!

Trump is a counter puncher.

He will never stop about Hillary's lies.

He has just begun to berate.

The only thing Hillary ever did was get cheated on.

And they say Trumps not qualified...

I'm actually surprised you are surprised women and minorities like Trump. Obviously from watching any of his rallies you can see women in the crowd and there's always been talk of minorities liking him too. This is not news.

originally posted by: Swills
a reply to: whyamIhere

Trump will never stop about Hilary's lies? With what, his own lies?

He is going to schlong her real good.

It's going to be fun to watch that pig finally exposed.

I'm not surprised. I am sharing the wealth with the overwhelming left majority here on ATSNN.

posted on Dec, 23 2015 @ 12:12 AM
link
The way it looks now, Trump has solidified his base of devotees. The Donald could be bbq and eating small Christian children for a snack and his supporters would think that it's cute and their support would grow even stronger. but he will not be winning any more converts to his cult of personality. Will his current band of mindless adherents be enough to win the nomination for his WH bid? Not even close....

He couldn't even pull out a win in the ATS poll against the old socialist Jewish man, Bearnie S. and ATS leans far to the Right, almost to the point of falling all over themselves.

Trump is not stupid and hates being a loser. He will bail soon and become a Fox political expert of sorts. They love talking about "Shlongs" over there.

Ya the narrative is that he won't get any of the moderate and undecided voters. Not surprising he has them now, ignorance comes is all creeds.


I would agree with the Trump part, he is an ignorant, no class fool. As for Bernie not sure if support for him is intelligent or not.

Trump states he will do this and that when he becomes president but when asked how he is going to do any of it, no answer.

The intelligence factor that come with his supporters is pretty obvious.

"Oh sure, vote for who ever you want, but if you don't vote for Sanders, you're an idiot".

It's a meme that is/has spread, but it's having a problem grabbing hold.

People are tired of the social media dictating actions.