An anti-gay extremist who has pledged his support for Donald Trump denied that he was anything like Islamic State militants — and to prove it, he called for armed raids of yoga studios to “Christianize the land.”


“You need to Christianize the land,” Shoebat said. “We need to destroy these false religions, end of story. Hinduism is an evil, demonic, anti-Christ religion. It needs to be uprooted from the earth and it has no place in the world.”

Shoebat, who was recently named a “pro-family hero” by another anti-gay extremist, said the U.S. should invade India to rid the world of Hindus — and he urged U.S. officials to crack down on American yoga practitioners.


Why am I not surprised that this yahoo supports the Donald?


“Yoga? Outlawed, and anyone who teaches yoga? Punished by the state,” Shoebat said. “I think the U.S. government needs to crack down on this evil, demonic thing called yoga … You’re teaching yoga, have the SWAT team bust open the doors to that place and just arrest everybody.”

What a shoebat, lol. Though I have coined that, people can feel free to use this descriptor. 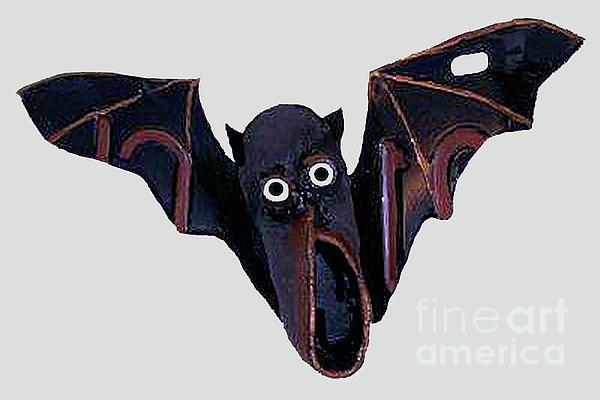 originally posted by: Grimpachi
a reply to: olaru12

Anything connected to the donald is news worthy. That's the way Trump wants it.

I guess in his mind, anyone who kneels down on the floor is connected with Islam? Those Yoga practitioners better run for their lives!!

I'm going to reserve comment for the moment. Need to read a bit more on this guy.

posted on Dec, 22 2015 @ 08:52 PM
link
Theo Shoebat is total waste of skin. It took me a while to even believe what he said wasn't just a sick joke. But I've seen enough of him to realize that he is serious and he's a sick joke.

It's not satire either. The guy is serious. But he is the spawn of a man who is also completely full of it and possibly just as radical and dumb as he is. Look up Walid Shoebat to see for yourselves.

This guy is a constant flow of bigoted, fascist, fundamentalist BS.

He's the kind of guy who if he ever got any kind of power over people would be an absolute nightmare of a tyrant.

Or maybe he's a closet gay and men in tights bother him?

originally posted by: Deaf Alien
a reply to: WeRpeons

Or maybe he's a closet gay and men in tights bother him?

I also have my suspicions about that as well. He talks the most unbelievable BS about Gays. Such a fixation on Gays, or as he would call them "the sodomites", that you just know there is some kind of personal internal issue happening.

The stuff that comes out of his mouth really makes you wonder what might be going into his mouth that's causing it.

Well he's just one more brainwashed American idiot...maybe we should nickname him DINGBAT ? !!!

If I was a Trump supporter; Id be a little hesitant to team up with this guy!!!

I actually own a 1984 copy of Larson's Book of Cults and there's a whole hilarious section on Yoga in there. Right next to "martial arts"... yeah, I'm serious.

originally posted by: Grimpachi
a reply to: olaru12


Because nutcases like this guy are the ones who influence the people that pick up rifles and shoot up places.

originally posted by: reldra
a reply to: olaru12

What a shoebat, lol. Though I have coined that, people can feel free to use this descriptor.

NM, can see video now, not the guy I was thinking of.

So every random nut job with a youtube video is news worthy? That would seriously suck. There are literally millions of half retard/arsehats with youtube vids.


However, even though no one actually knew why the guy was getting the attention he wanted I looked him up and found that he is quasi-famous.

He has written a few books has a blog/news site and is part of "Rescue Christians", an organization that is on the ground in Muslim lands supposedly. His political choice isn't surprising.

Here is a link freedomoutpost.com...

Thanks for the heads up, olaru! ....s up ....hahaha.... yoga stuff... Anyway, your alert is much appreciated. I had already changed the name from Desert's Isis Goddess Yoga Studio to Desert's Stretch and Go ....not as nice sounding but stopped the threatening calls... what do you suggest I do to avoid threats from Shoebat's supporters? maybe find an unused catacomb nearby?....