"Eleven of fifteen Muslim men charged in May with the sexual grooming of a 14-year-old girl have been found guilty, after the judged said they treated his court with “contempt and arrogance”."
"In a unanimous verdict following a seven-week trial, ten of the men, aged between 19 and 63, were found guilty of rape and an eleventh was found guilty of sexual activity. One defendant was also found guilty of raping a second under-age victim in 2009."
"The jury also heard that the girl was passed around the men by a “nasty” 17-year-old drug dealer named Ahmed Al-Choudhury, who was described as the “ring leader” of the Muslim rape gang.

He allegedly first raped her in a churchyard when she refused to continue making drug deliveries for him when she was still a virgin. Mr. Choudhury was not one of men standing trial, however, and is thought to have fled abroad.

This is disgusting no matter who is involved. I can not imagine the damage and pain the victim and families are going through.

I wont segregate anyone here.......
Hang all the rapists and the pedo's!!
If you cant pick up, bat off !

hotair.com...
"A course manual sets out a simple rule that all asylum seekers need to learn and follow: “To force someone into sex is not permitted in Norway, even when you are married to that person.”…

Is this a big problem in europe?

Sorry, im missing your point, all pedos and rape is bad, obviously except when your government does it to you.
edit on 21/12/2015 by scubagravy because: (no reason given)

I guess there is a class in norway for incoming migrants to tell them rape is wrong.
I was wondering if there was a problem with rape in countries that has alot of muslim migrants,refugees,immigrants ect.

As far as i can read,they all were of pakistani origin..so why not just write "Pakistani rape gang..."instead of MUSLIM if you absolutly must point out that they are non brits?

They were also selling drugs and doing all kinds of criminal activities..so why not have a headline like "Gang found guilty at abusing a minor.."

I really cant see the connection between their religion and the crimes they were convicted of.

Xtrozero
+9 more
posted on Dec, 21 2015 @ 09:37 PM
link
How's that multiculturalism working out for you all in England? Interesting that Bradford is under Sharia Law too...hmm 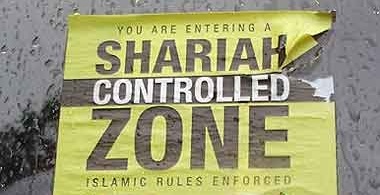 I wont segregate anyone here.......
Hang all the rapists and the pedo's!!
If you cant pick up, bat off !

i agree with you, normally im not for the death sentence. but i know that in prison people who hurt/rape kids get something allot worse then death.

normally confinement and rape....seems fitting to me

Do a lot of Cheese eater see non-Muslim women as lower life and so they can do what they want with them?

I don't see your issue, seems to me they applied the appropriate label.

The is nothing to wonder......
Rape is done by all races, colours and kinds.
I thank you for highlighting this topic in the news forum, but there isn't really any room for a debate about it.

Do a lot of Cheese eater see non-Muslim women as lower life and so they can do what they want with them?

Are you saying that only muslims commit rape on this planet ?

originally posted by: Xtrozero
How's that multiculturalism working out for you all in England? Interesting that Bradford is under Sharia Law too...hmm

originally posted by: ErrorErrorError
Allright ..but why is it important to mention that they are muslims ?


Because this is accepted in the culture where they come from maybe?

I agree with you to a point, but my understanding is that it's far more tolerated in Islamic countries.

shooterbrody
+6 more
posted on Dec, 21 2015 @ 09:45 PM
link
a reply to: ErrorErrorError
www.frontpagemag.com...
The Muslim rape gang scandal in Britain just keeps getting worse. Last August, the BBC reported that “at least 1,400 children were subjected to appalling sexual exploitation in Rotherham between 1997 and 2013, a report has found. Children as young as 11 were raped by multiple perpetrators, abducted, trafficked to other cities in England, beaten and intimidated, it said.” Five months later, not only has little been done to combat this scourge, but it has grown exponentially worse: hundreds of new cases have been discovered, and one of the victims says that those who abused her are “untouchable.”


www.frontpagemag.com...
In a gut-wrenching development, it may turn out that last year’s report detailing a decade-and-a-half of sexual exploitation inflicted on at least 1,400 children from Rotherham, England—and the PC-driven effort to cover it up--may represent the proverbial tip of the iceberg. The city’s Labor MP Sarah Champion believes as many as one million children may have been victimized, describing it as a “national disaster” that requires the establishment of a task force to deal with the “horror.”

That's why i was asking if this was a problem in europe. I have not seen stories like this they are terrible.


Does that mean the men will get off?