There are approximately 6 million CCTV cameras in the UK or one for every ten people. Most of these are simply recording to a tape or hard drive and cannot be accessed by the public. But of course, there is one rather large exception, the UK's ANPR (nationwide automatic number plate recognition) system.

Facewatch is a system that lets retailers, publicans, and restaurateurs easily share private CCTV footage with the police and other Facewatch users. In theory, Facewatch lets you easily report shoplifters to the police, and to share the faces of generally unpleasant clients/drunks/etc with other Facewatch users. The BBC reports that Facewatch is currently used at around 10,000 premises. The Facewatch website is full of positive testimonials from shop owners and police forces alike; it does seem to work as intended.

At the Download music festival in Donington Park, Leicestershire, police used cameras connected to NEC's NeoFace system to scan music fans entering the arena to see if their faces matched a specially created database of criminals known to target festivals.

It sparked controversy and an angry on-stage protest from the band Muse, who accused police of "scanning our faces without telling us".


Not too long ago, law enforcement had given average citizens the ability to track, monitor and report "suspicious" activity by using the Facewatch program.

Create detailed incident reports, including the ability to add CCTV and still imagery producing an electronic evidence pack to enable the police to make successful prosecutions. Or this information can also be stored for in-house intelligence purposes. 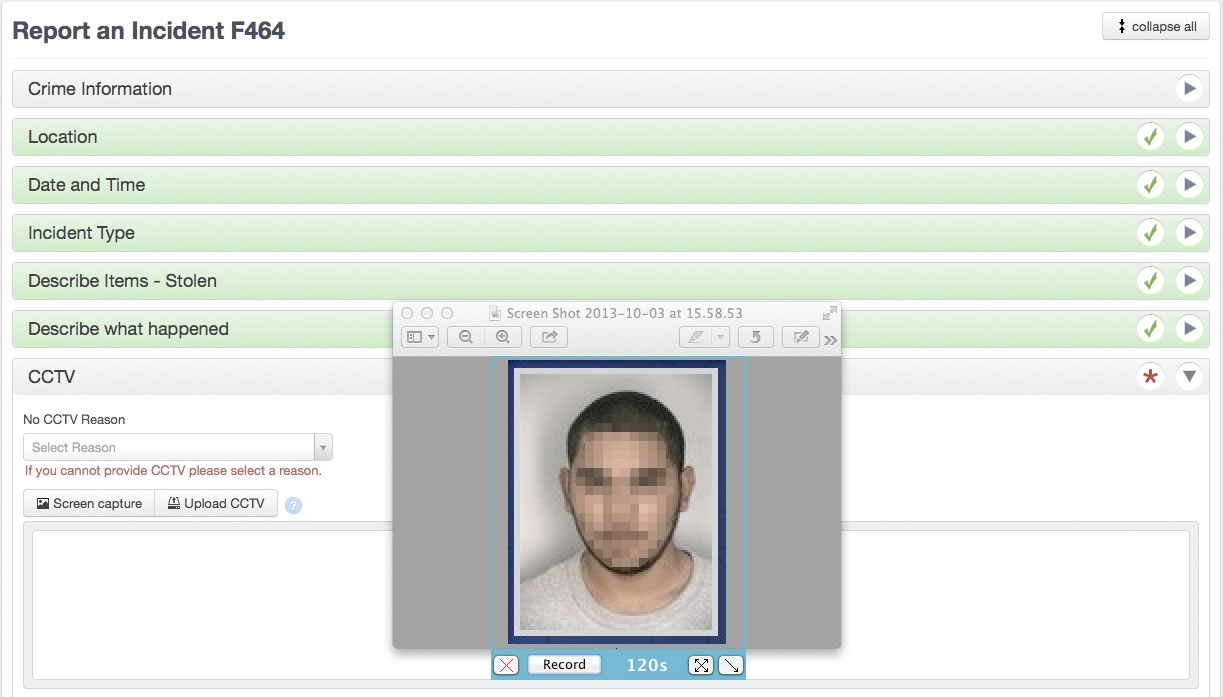 Facewatch lets you share "subjects of interest" with other Facewatch users even if they haven't been convicted. If you look at the shop owner in a funny way, or ask for the service charge to be removed from your bill, you might find yourself added to the "subject of interest" list.

Just recently, there has been a MAJOR update.

Facewatch has been updated so that it can be integrated with real-time face recognition systems, such as NEC's NeoFace. Where previously a member of staff had to keep an eye out for people on the crowdsourced Facewatch watch list, now the system can automatically tell you if someone on the watch list has just entered the premises. A member of staff can then keep an eye on that person, or ask them politely (or not) to leave.


Are we even capable of discerning right from wrong without letting our own self interests cloud our judgement? We've essentially been given the same biometric tools that government agencies have been using for over the past ten years.

The system originally relied on the user's ability to detect, identity and report “unfavorable” activity to the police and/or log the details of the event for all to see online. Immediately identifiable threats would be sent right to the police while noncriminal behavior can be documented online. 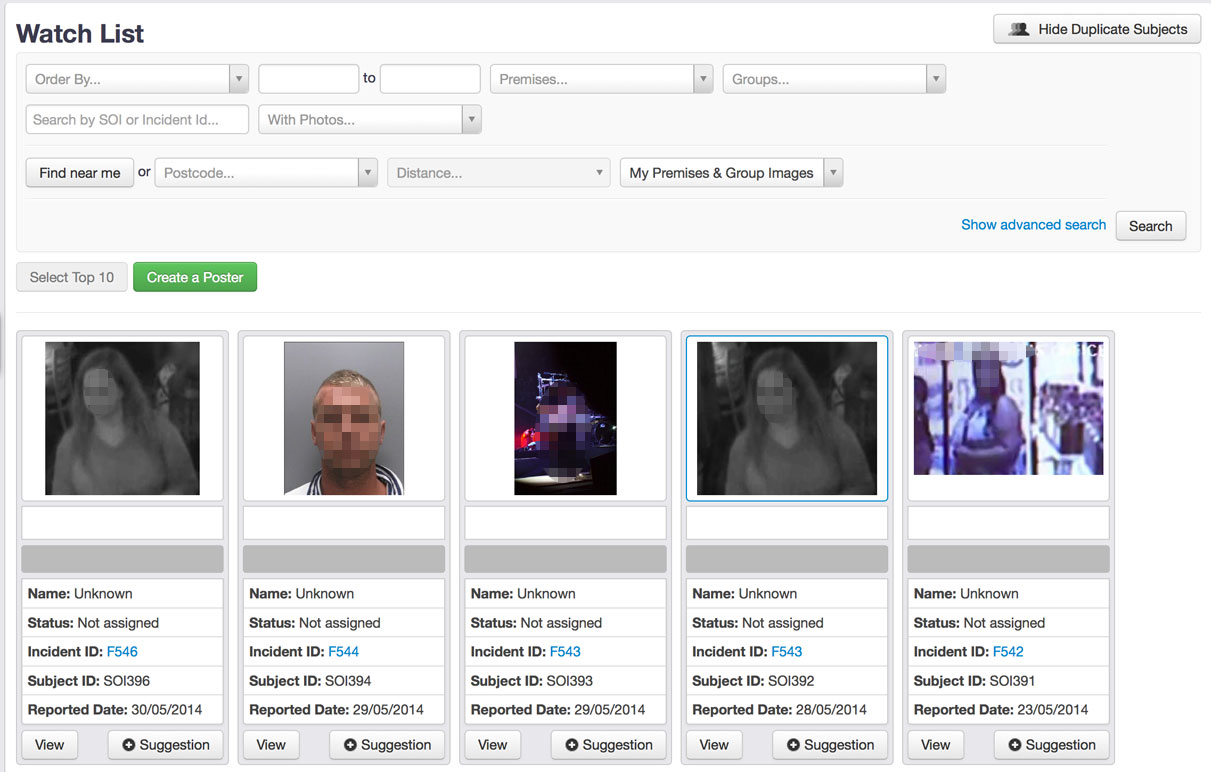 The article makes a good point, what if you have been previously convicted, but have come out of the justice system reformed? What if you happened to be walking past a protest and was falsely accused of being affiliated with the group.

Or the more obvious question, what if you are falsely convicted of a crime by someone just looking to make trouble or mare bluntly, a blind idiot? I guess you can still do that now, but you would have to witness and recall every detail if you didn't happen to record it.

This new system looks to mimic the underpinnings of other successful social media platforms, inviting anyone who harbors a deep sense of curiosity or paranoia to watch your every step.

They are turning us against each other as we help them catch “criminals” that would otherwise go unnoticed. Careful everyone, the Facewatch system is coming to a Five Eyes affiliate near you! 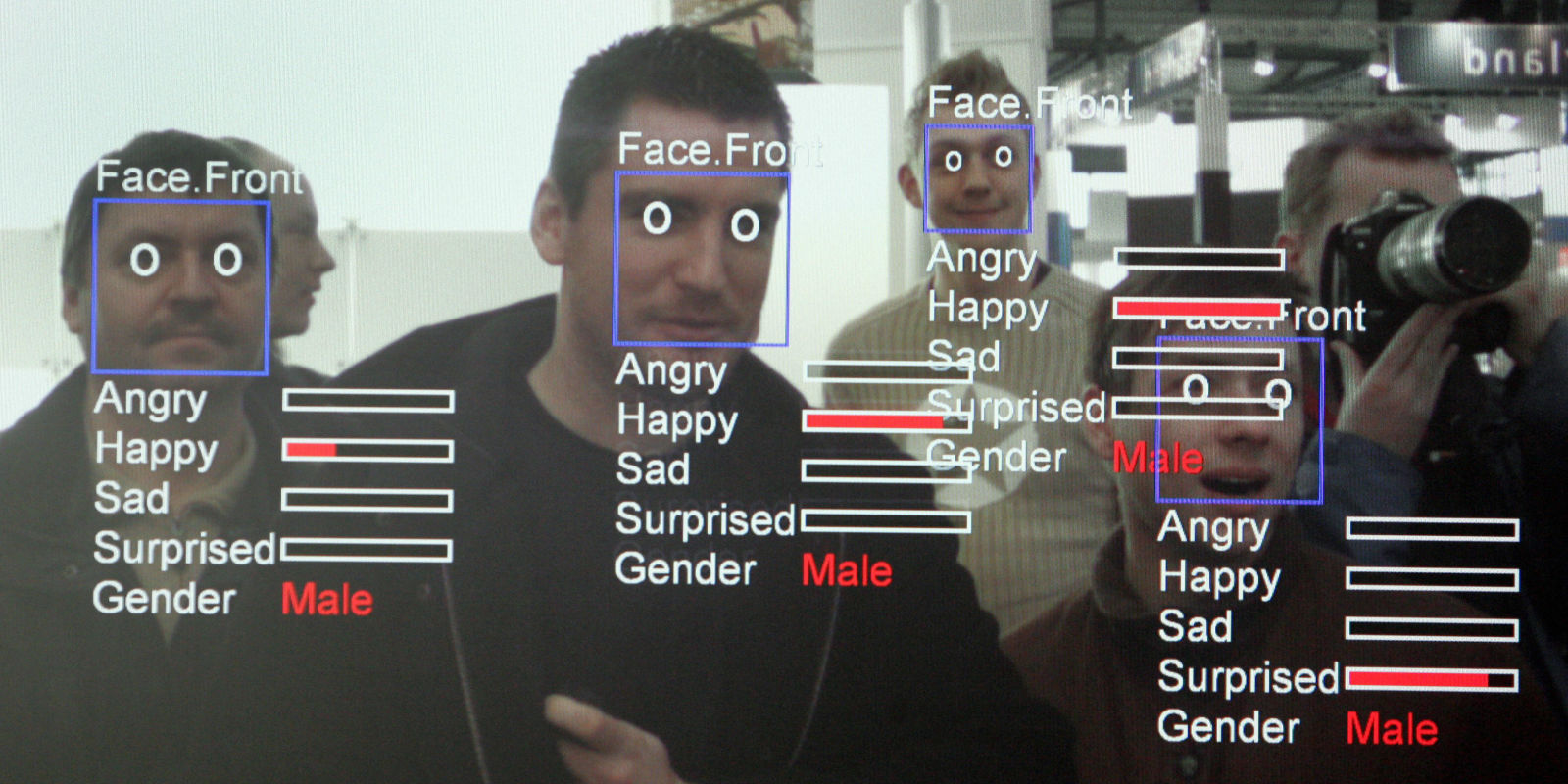 Facial recognition technology in the United Kingdom alerts shopkeepers when a former criminal or other "subjects of interest" enter the store.

Basically, if you have been previously convicted of stealing something form a convenience store, even if it was decided that you were innocent, you could be potentially blacklisted and added to a database.

When you enter any store in the future that has integrated Facewatch into their security, you will be flagged upon entering and monitored accordingly.

I would imagine at the shop keep's discretion, they may ask that you leave or have you forcefully removed from the store. Such a slippery slope.

And all that is assuming that the tech behind Facewatch is perfect. It isn't; Facewatch failed to capture the face of a BBC reporter who recently met up with Gordon to see the technology firsthand because he was wearing "thick-rimmed glasses." Misidentification is a real concern. While Facewatch's promotional video boasts that the technology "increases conviction rates," it seems inevitable that Facewatch would also increase wrongful conviction rates.


Remember to be good little boys and girls this Christmas, Santa is Facewatch-ing you. He's checking his crowdsourced list, hes checking it twice, gonna find out from 246 reviews if you've been naughty or nice, lol.

Wear a cap or hat with a brim, sunglasses and grow a beard. The software goes (?) and dismisses you.


How are you going to hide your heart?

"ECG biometrics identifies people by their cardiac rhythm," said Foteini Agrafioti, an engineer at the University of Toronto who developed a version of the technology and started a company, Bionym, to market it. "Not just their heart rate, but the actual shape of their heartbeat."

Such a heartbeat ID, embedded into a phone or tablet, could lock out unauthorized users or bring up individuals' saved preferences on a shared device, say researchers who study the technology. Heartbeats could be a secure alternative — or supplement — to more established biological ID measures, such as fingerprints. And unlike some futuristic identification schemes, heartbeat IDs are technologically ready to go.

We are going to be full time monitored from now on.

Not so much to catch you about to do something, but to locate you if you do. They know you and your habits, and can find you, because you are 'plugged in'.

I dare anyone to name a scenario where they think they can 'get away' if suddenly they become a wanted individual.

Besides jumping off a cliff, I mean.

Wear a cap or hat with a brim, sunglasses and grow a beard. The software goes (?) and dismisses you.


I hope that doesn't become a trend.

Bearded women are not to my liking.

Women can wear scarves. Anything that hides the shape of the chin.

I got a kick out of the idea of wearing a t shirt with the face of a public figure on it.

It's worse than that. Every webcam on Windows 7 or above has a dual stack address meaning the image can be processed by two separate processes at the same time: one you know about, the other you don't. They have processes running that connect back to a server on port 80 or 443 (web and secure web) to see if there is a broadcast command and if there is, you're on candid camera. There is nothing you can do about it. Close the ports and you can't use the Internet. Find the command process and it re-spawns two more.

I'm white British, of a multi faith tradition and have a telephone that plays the national anthem. Yet I am under surveillance because I made a positive comment about Islam on a Catholic forum that was being incredibly Islamaphobic. The Pope has issued a fatwa against me dated 19.12 with orders to carry out the execution today. It will be publicly viewable on Catholic Answer Forums apparently. This is why there are so few white Brits who are objective and try to see both sides of the argument. We're being killed off... Without any support, the Muslims will be next.

This is what happens when you have un-elected prime-ministers and heads of departments. Nobody interviews them for experience and suitability. Theresa May thinks she's superior to the Queen and admitted in Parliament that even though only she is supposed to sign surveillance warrants, she gets junior MPs to help out! She's also atheist, borderline Satanic, so completely disregards doctrinal and canon law despite a statutory requirement to protect and preserve it. She criminally damaged my PC with her warrant. The police failed to do anything about my complaint. They won't act on my impending execution by MI6. We are just plebs to them that can be discarded. Theresa May is more of a terrorist than ISIS. You should see my house. Every door is blocked with furniture, I have a pile of knives next to me, PCs streaming live video... I've even had to write dead-man switches (I'm a software developer) to ensure as many know about what happened as possible.

This is how the Nazis started. Trouble is, there's nobody to stop 'em.

I got a kick out of the idea of wearing a t shirt with the face of a public figure on it.


I recommend wearing this. It easily fools the camera and you can get away with murder. 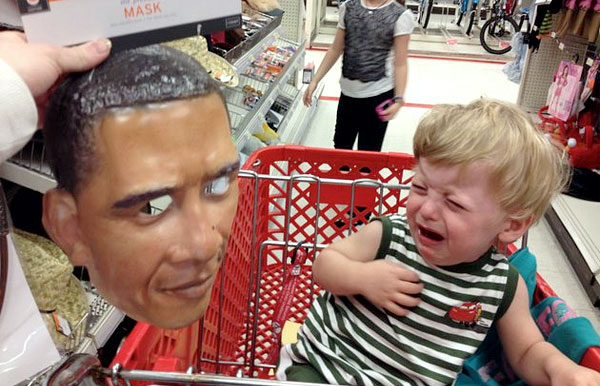 It might have been said somewhere in all that scary stuff, but can facewatch be used through cell phones?

We will become our own Big Brothers... I myself would never want this app or program or the power to use it!

Fact is anonymity simply does not exist in this day of age.

Burkhas won't protect your identity from the other biometric data collected. And let's face it in this pc society wearing such can and will simply draw attention.

True, though it'll play hell with the cameras


The Pope has issued a fatwa against me dated 19.12 with orders to carry out the execution today.

If the Pope or MI6 wanted you dead, you wouldn't even know about it. And you wouldn't be posting it on the internet.

You should see my house. Every door is blocked with furniture, I have a pile of knives next to me, PCs streaming live video... I've even had to write dead-man switches (I'm a software developer) to ensure as many know about what happened as possible.

You honestly should get professional help. Paranoia just feeds on itself.

originally posted by: hubrisinxs
a reply to: eisegesis

It might have been said somewhere in all that scary stuff, but can facewatch be used through cell phones?

We will become our own Big Brothers... I myself would never want this app or program or the power to use it!

The new FWMobile app will enable you to take Facewatch with you while you are on the move!

The ultimate low tech hack. Place a small piece of masking tape over any webcam you currently are not using. One has been in place on my laptop from the moment I took possession of it.

That picture is hilarious.


I personally don't care about things being tracked to a degree. But after a point its like what's the use? To keep society safe so we can live in a society we can't get away from? ???

And I always wonder what the angle is on labeling someone potentially dangerous. Do you mean for a purpose, like fit to be sent to the mines, or just that society will keep shrinking out of fear because no one thinks a dangerous temperament is actually useful.

Nature bred it into being for protection of the herd. It has a use.

He cant be serious.

True, though it'll play hell with the cameras

You want my .02 worth, the campaign against requiring Burkhas is because they foil facial recognition software.