Near St. Petersburg the accident occurred at the nuclear power plant may have leaked radioactive ste

The Leningrad nuclear power plant (LNPP) reports a broken exterior pipe. Radioactive steam may be leaking into the atmosphere.


Near St. Petersburg the accident occurred at the nuclear power plant may have leaked radioactive steam

Current local wind conditions there are in the direction of southeast Finland. Will this be the second time in less than 30 years that Finland has received airborne radioactive contamination from Russia?

MOSCOW (QHA): We may have a ‪#‎nuclear‬ accident in ‪#‎Russia‬, info is early and so far unsubstantiated by a true Russian, European, or US news source:

"The accident occurred at the second power unit when a pipe with steam cracked in turbine hall yesterday. The steam filled the room, and leaked beyond the power plant. The employees of the Leningrad Nuclear Power Plant (LNPP) had to go home. The second unit was stopped manually, Ekho Moskvy reports.

According to specialists, the release was radioactive, because the waste steam entered the so-called loop reactor coolant. However, the population was encouraged not to panic.

East wind carried a cloud in the direction of Estonia and Finland.

The LNPP is located 80 kilometers from St. Petersburg, on the Gulf of Finland. It is considered one of the largest producers of electricity in the north-west Russia.


This story is mostly being shared by Ukrainian News...no formal notification by Russia.

Vapours could reach between Estonia and Finland

St. Petersburg Hydrometeorological Center representatives confirmed that the accident in the city and county east wind blew. This means that the potential radiation contaminated vapors wind could bring to the Estonian and Finnish side. Estonian officials say that of natural background radiation, including areas along the border with Russia, does not exceed the permitted levels. The same claims and responsible Finnish authorities. "If anything will change, automatic monitoring system will record the changes" - published by Fontanka.fi.

There's a twitter link with pics, I believe , in the comments.

Twitter feed mentioned above.
edit on 19-12-2015 by jadedANDcynical because: twit 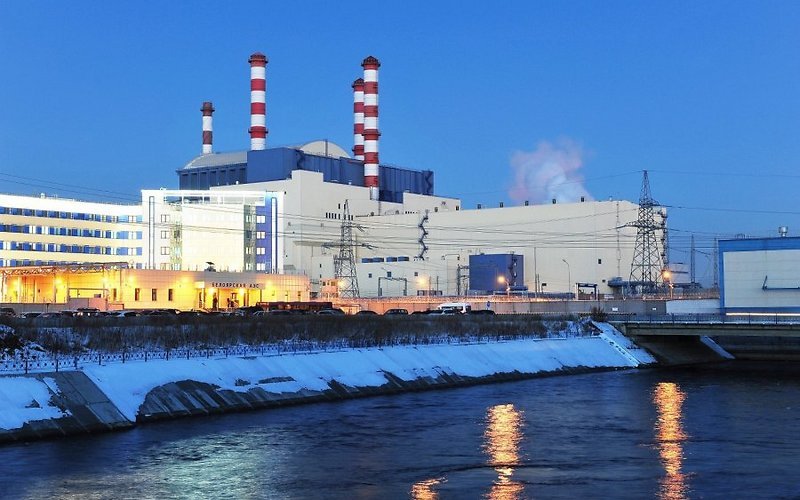 That's a pretty cloud.
I'll bet it made for a beautiful sunset.

A minor broken pipe and a bit of steam blew out. Why are you trying to frame this as a major issue that Russia is possibly covering up? Maybe you watch too much MSM, who constantly whip up Russiaphobia. In reality, Russia isn't some evil scary boogeyman that you must be afraid of 24/7. I highly doubt they will allow another Chernobyl to occur.

According to specialists, the release was radioactive, because the waste steam entered the so-called loop reactor coolant.

"The accident occurred at the second power unit when a pipe with steam cracked in turbine hall yesterday.


So I'm trying to figure out if this is OP quotes or external content, for one. The other problem I have is generally, radioactive primary coolant loop isn't in the turbine building, only secondary coolant loop is. So if a stem pipe ruptures "in the turbine building" that wouldn't be radioactive, just really hot. Sure, a shut down, everyone go home.

posted on Dec, 19 2015 @ 04:31 PM
link
a reply to: intrptr -- the quoted material is all from the news articles, not from me. And no measurements at all so far. It's the weekend, so there may be no further news until Monday, unless the international Test Ban monitors in Europe pick up some airborne radiation data.

Mycle Schneider's organization may clarify the situation at LNPP in the nuclear news section of his World Nuclear Report website this coming week.

Yah, pretty much anything seen coming out of a reactor building is scary looking. The pic Xavi brought is during normal operation, we expect steam to come from the turbine building. From the big building to the left or from the exhaust towers… red alert. Clouds of steam from coolant that has passed over the fuel rods shouldn't be that radioactive unless some other event like core over heating and fuel melting occurred. That would be dependent on whether steam pipe cracked due to age or overloading, that kind of thing.

Take FUKU for example, release of steam from meltdown is far worse. What a disaster that was. This… a minor leak, comparatively, apparently.

The image in the twitter feed is more alarming but still can't determine (due to distance) if the apparent steam plume is from the reactor building itself or from the turbine building. Big puff of 'vapor' there, hopefully there was no explosive event involved…

If you do get some update on rads, let us know… thanks for bringing it.
edit on 20-12-2015 by intrptr because: additional

The plant is obviously aging and needs to be taken off line. Peter stopped being Leningrad thirty years ago!

posted on Dec, 21 2015 @ 01:28 PM
link
a reply to: intrptr on December 21, 2015: The Facebook page of The Bulletin of the Atomic Scientists is monitored by their staff, so I left a request with them for any LNPP measurement data, but no response yet. Time will tell.

Now here's a blog report on the LNPP problem by The Daily Kos, however the numbers are too high ... maybe they used the wrong scale of measurement: www.dailykos.com...

ST. PETERSBURG – Seaweed caused almost three days’ downtime at Unit 3 of Leningrad Nuclear Power Plant (LNPP), on the Gulf of Finland, near St. Petersburg, after a storm blew bay bottom sediments into the plant’s water intake structures, clogging the intakes that supply water to the unit’s cooling system. The blockage had to be manually removed before the reactor could resume operation.


A scram caused… by seaweed

For those who also read through the comments section on the above DailyKos article, be aware that it is *not* correct that potassium iodide tablets have an unlimited shelf life. Iodine, like all other elements of the halogen family on the periodic table, is volatile. For example, iodine in any form (iodide, seaweed, liquid supplemental iodine, etc.) will sublime ( go from solid ---> gas) within two years.

I have no financial connection with the global nuclear industry, nor with the anti-nuclear community, nor any writers. With that clarification, I do recommend the November 2014 2nd edition of Radiation Protective Foods for further discussion on how to respond to nuclear environmental contamination. The author is a New York state nutritionist who self-published the book to keep its price as low as possible. Why a book? It takes book length to present all the issues readers should become aware of on this somewhat complex subject. Recommendations are supported by peer-reviewed articles which were published in academic journals. Book link: www.radiationprotectivefoods.com...

Thats what it says, they mistook Milli Rem for Micro Rem. That picture still isn't very comforting, or the report two days later that the steam is still erupting…

EDIT: (From your link, thanks for the update)

The accompanying photo was taken of the Leningrad unit-2 plant today (December 20, 2015), showing that radioactive steam is still being emitted in bulk to the atmosphere. Officials at the facility did say they don't "think" the situation will develop into another Chernobyl. That does not sound particularly reassuring to me, but so far so good.

posted on Dec, 21 2015 @ 05:09 PM
link
Everyone, I recommend the following cautions when any of us evaluate isotope releases at nuclear power plants:

1. As I said in my published Fukushima article, what we believe about the biological effects of ionizing radiation depends on our assumptions. To give two quick examples, ambient airborne radiation levels generally involve primordial radioisotopes for which our DNA has developed over many millenia a few adaptations ... NPP radiation releases, however, most often contain artificial radioisotopes to which we have not adapted at all; the IAEA radiation risk models exclude the known biological risks (demonstrated by committees of the US National Academies of Sciences) of biological ingestion of radioisotopes, which typically happen through breathing in, drinking, and eating air, liquids or foods that have become contaminated with radioisotopes.

2. It is best to minimize or completely avoid use of the past tense when referring to the Fukushima nuclear disaster. There is no sign yet that Fukushima is "over."
edit on 12/21/2015 by Uphill because: Added word.