Congress Slips CISA Into a Budget Bill and it Passed!

Update 12/18/2015 12pm: The House and Senate have now passed the omnibus bill, including the new version of CISA.


Privacy advocates were aghast in October when the Senate passed the Cybersecurity Information Sharing Act by a vote of 74 to 21, leaving intact portions of the law they say make it more amenable to surveillance than actual security. Now, as CISA gets closer to the President’s desk, those privacy critics argue that Congress has quietly stripped out even more of its remaining privacy protections.


“They’re kind of pulling a Patriot Act,” says OTI’s Greene. “They’ve got this bill that’s kicked around for years and had been too controversial to pass, so they’ve seen an opportunity to push it through without debate. And they’re taking that opportunity.”

It worked even though there was much aversion to it. While I realize a lot is going on, including diversionary issues, it looks like there may even be more of these scenarios where opportune moments are taken to implement these kinds of bills.

“Americans deserve policies that protect both their security and their liberty,” he wrote. “This bill fails on both counts.”


“They took a bad bill, and they made it worse,”

Even in its earlier version, CISA had drawn the opposition of tech firms including Apple, Twitter, and Reddit, as well as the Business Software Alliance and the Computer and Communications Industry Association. In April, a coalition of 55 civil liberties groups and security experts signed onto an open letter opposing it. In July, the Department of Homeland Security itself warned that the bill could overwhelm the agency with data of “dubious value” at the same time as it “sweep[s] away privacy protections.”

This bill is arguably much worse than CISPA and, despite its name, shouldn't be seen as anything other than a surveillance bill – think Patriot Act 2.0.

This is a violation of the Fourth Amendment. It doesn't stop there. From watch lists 'no fly lists' to 'gun restrictions', this is how it will be collected without warrant: 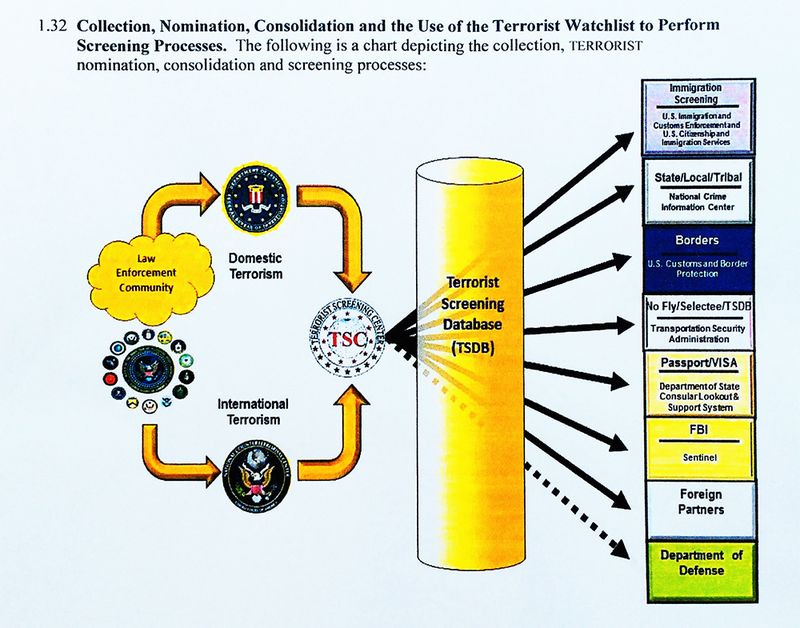 
But privacy advocates and civil liberties groups see CISA as a free pass that allows companies to monitor users and share their information with the government without a warrant, while offering a backdoor that circumvents any laws that might protect users' privacy. "The incentive and the framework it creates is for companies to quickly and massively collect user information and ship it to the government," says Mark Jaycox, a legislative analyst for the civil liberties group the Electronic Frontier Foundation. "As soon as you do, you obtain broad immunity, even if you've violated privacy law."

posted on Dec, 19 2015 @ 01:40 AM
link
I for one am glad they managed to pass CISA and TPP and whatever other laws are protecting our freedoms. You can't be free without laws to protect the freeness of the fee. You can't have Laws charged in fees freedom without fees. Free is the fee of tomorrow and today we pay the fees, oh thank god we are saved by the overlords politicians protecting our fees freedoms.
edit on 19-12-2015 by boncho because: (no reason given)

You always have to look at exactly who benefits from this bill. You will usually find they are just the few at the top - some who want to hide what they are up to, others who want to silence any criticism and some are hell bent on controlling everyone. By being able to pry even further into what people say and think and then pass it on - again who benefits?

Frightening people into keeping quiet or giving them freedom, depends on your perspective?

Further proof that elected representatives of the people do not in fact represent the people once elected, they represent big government oversight, the surveillance state and corporate oligarchies - all hell bent on the destruction of the United States Constitution and Bill of Rights.

The very act of passing this Bill, by definition, is treason and is eerily reminiscent of the Federal Reserve Act being passed on the 23rd of December 1913 also by means of subterfuge.........with the goal of assuming economic control over the global population.

posted on Dec, 19 2015 @ 02:07 AM
link
Just one more example of why the POTUS should have the option of a line item veto. Then whenever these pricks sneak pork into bills it won't mean that good legislation has to be vetoed entirely because of bull s# attachments and addendums.

If I hear one more person, in the entire future of debate on geopolitics, cite the freedoms in the western world as being an undeniable plus to bring the west above all reproach... Well... I will point them at this information, and ask them "what freedom?".

The USA is no longer the land of the free. The public response will determine if it is still the home of the brave.

originally posted by: rexsblues
They do this every x-mas. Perfect time to pass # like this.

So true.
Next year we should just all line up and bend over and wait for our big surprise.
You know it's coming so lube up, take a valium and it will be over soon like a trip to the dentist.
Bring a pillow to bite on if you're not so brave.

If I hear one more person, in the entire future of debate on geopolitics, cite the freedoms in the western world as being an undeniable plus to bring the west above all reproach... Well... I will point them at this information, and ask them "what freedom?".

The USA is no longer the land of the free. The public response will determine if it is still the home of the brave.

There will be no public response. We saw what happened with the Patriot Act, and this is even less widely known.

Yes... That's true. I think that what I am getting at, is that hopefully some enterprising and vigilant individual will drive forward the public awareness of this topic in the States, and make it so that the government cannot avoid the attention and ire attendant thereto.

posted on Dec, 19 2015 @ 09:18 AM
link
a reply to: Flesh699
No one will care, cause they were fed the pp and obamacare diversion. Women's vaginas and healthcare to people is always what defines attacks on freedom with this congress. Thanks America.

originally posted by: peter vlar
Just one more example of why the POTUS should have the option of a line item veto. Then whenever these pricks sneak pork into bills it won't mean that good legislation has to be vetoed entirely because of bull s# attachments and addendums.

Doubt the current POTUS would veto anything that takes a step forward that helps strip the Constitution line by line
edit on 19-12-2015 by deadcatsrule because: (no reason given)

I agree with you 100%. Passing that bill (ntm others) was an act of treason. I begin to wonder what, short of revolution, will get us an uncorrupt government?
edit on 19-12-2015 by Blazemore2000 because: (no reason given)

All the odds are on it will be signed in to law barring some miracle.

Oh yeah people we are 'free'.

Free to be spied on, and continually lose more rights in the name of 'security'.

We all know what's next as the op already made the connection to.

From piece: In a late-night session of Congress, House Speaker Paul Ryan announced a new version of the “omnibus” bill, a massive piece of legislation that deals with much of the federal government’s funding. It now includes a version of CISA as well. Lumping CISA in with the omnibus bill further reduces any chance for debate over its surveillance-friendly provisions, or a White House veto. And the latest version actually chips away even further at the remaining personal information protections that privacy advocates had fought for in the version of the bill that passed the Senate.

posted on Dec, 19 2015 @ 05:11 PM
link
Well then, the next time there is an attack or a mass shooting in our country, you can blame the government for not doing their jobs.

Now the government has cart blanch to look at everyone online and phone, texting, GPS, so there is no excuse for another attack to happened in America is there.

There has been no excuse for any of the mass shootings that have occurred since the events of 9/11. This made no difference what so ever to the outcomes of those events.

Those who give up liberty for safety, deserve neither.

There has been no excuse for any of the mass shootings that have occurred since the events of 9/11. This made no difference what so ever to the outcomes of those events.

Then the American people "millions of them" need to march in Washington and throw these bums out.

Since our government has full access to all our information there should never been any attacks in the first place.

What the %&# is our government doing with our information in the first place, if they cannot stop terrorism in our country?

I see it as a way for our government in controlling us through the use of fear and nothing else.

Be careful what you type on the internet, you might get branded as a terrorist.

Be careful what you say on your phone calls, you might get red flagged as a terrorist.

Threats from the government if they don't like what you are saying can and will put you on a no fly list in America.

What we are witnessing is our government using fear a way to control the population.

Those who give up liberty for safety, deserve neither.

I am sure my name is already on the no fly list, because I don't agree with government corruptions and their illegal scandals that our Representatives are hardly held accountable.